Meta’s A.I. chief says ChatGPT’s tech is ‘not particularly innovative.’ Why that’s only half the story 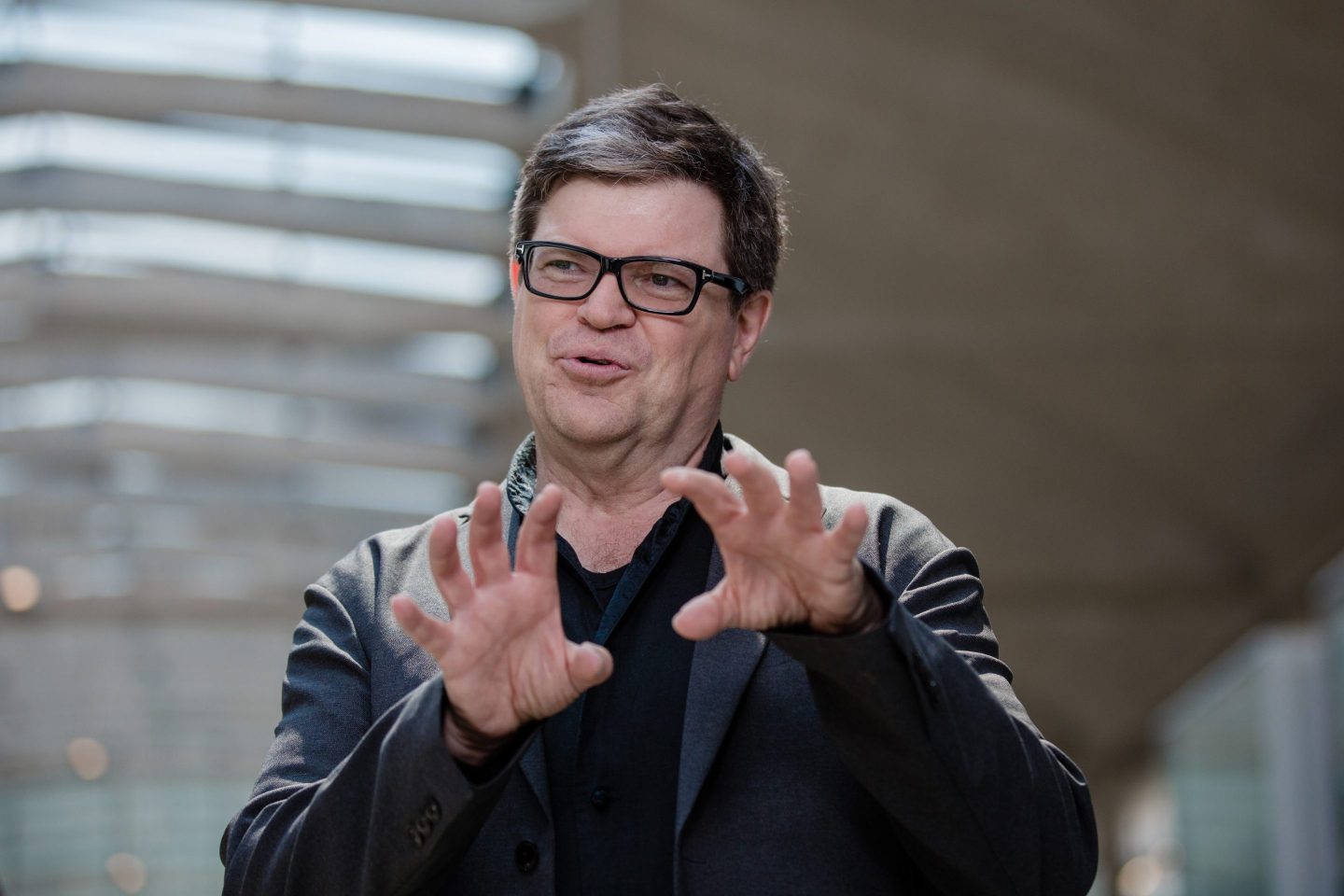 The headline on an interesting ZDNet story Monday reads like a classic case of Silicon Valley sour grapes: “ChatGPT is ‘not particularly innovative,’ and ‘nothing revolutionary,’ says Meta’s chief AI scientist.”

The story isn’t quite as provocative, but in light of Monday’s news that Microsoft will reportedly invest another $10 billion in ChatGPT and DALL-E 2 creator OpenAI, it raises worthwhile points about the value of technology, application, and user experience.

The article highlights comments made last week by Yann LeCun, Meta’s lead A.I. researcher and a Turing Award winner, during a Zoom meeting with reporters and executives. On the call, LeCun repeatedly stresses that ChatGPT, the OpenAI-developed chatbot taking the internet by storm, is built on well-worn technology that’s been in development for years.

“It’s nothing revolutionary, although that’s the way it’s perceived in the public,” LeCun said. “It’s just that, you know, it’s well put together, it’s nicely done.”

LeCun adds that he’s “not going to criticize” OpenAI for its consumer-facing engineering—though he fans the competitive flames a bit by invoking IBM’s Watson, which famously competed on Jeopardy! but never fulfilled the public’s fantasy of an all-knowing, ubiquitous application. He further contends that OpenAI will soon face competition from other companies with access to this relatively common tech.

“To be clear: I’m not criticizing OpenAI’s work nor their claims,” LeCun tweeted Tuesday. “I’m trying to correct a *perception* by the public & the media who see chatGPT as this incredibly new, innovative, & unique technological breakthrough that is far ahead of everyone else. It’s just not.”

While LeCun took some flak for seemingly disparaging his employer’s business rivals, A.I. researchers generally agreed with his fundamental ideas.

Still, LeCun’s comments put an even bigger spotlight on the importance of packaging tech products and bringing them to the masses—practices that will define success and failure of generative A.I. in the short term.

Even if the technology available to Microsoft, Google, Meta, and smaller startups is more or less the same, the results of early generative A.I. products show that consumers are acutely attuned to user experience.

ChatGPT and DALL-E 2 resonated with the public because they piqued our imagination and, despite a raft of still-troubling shortcomings, attained a certain threshold of reliability. The response allowed Microsoft to begin the process of integrating the tech into enterprise products, starting with last week’s announcement that Azure cloud customers were getting broad access to the generative A.I. tech developed by OpenAI. Media reports suggest the company also wants to bake it into products like Office and Outlook soon.

The company faced a barrage of bad press last summer following the release of BlenderBot 3, a chatbot that occasionally alternated between incoherent, offensive, and conspiracy-minded. Then, in the fall, Meta’s science-focused large language model, Galactica, proved woefully biased and uninformed, prompting the company to take down the demo after three days. (Meta, in its defense, noted that the release of both products helped generate feedback that will improve outputs moving forward.)

It’s no coincidence, then, that Meta has made minimal waves in recent months about incorporating generative A.I. into Facebook, Instagram, or WhatsApp. (LeCun hinted at Meta developing technology that allows users to create art, such as video ads, though no product releases are imminent.)

Google is expected to nip at Microsoft’s heels sooner rather than later, heralding (in a layoff notice, no less) that it’s “getting ready to share some entirely new experiences for users, developers, and businesses” based on its A.I. tech. Many observers, including LeCun, have noted that Google is moving a bit slower to market than OpenAI because it faces more reputational risks in the event of a setback.

Microsoft, Meta, and other aspiring A.I. champions still face plenty of questions about their ability to convert the novelty of generative A.I. into valuable, dependable revenue generators. For now, products that are “well put together” and “nicely done,” to steal LeCun’s comments, will have an upper hand.

Ad lit-’em up. The Justice Department and eight states filed a major lawsuit Tuesday against Google that challenges the company’s dominance over the digital ad market and calls for breaking up the Alphabet division, Bloomberg reported. The case targets Google’s vast control over the technology used to buy, sell, and deliver online ads. Google already faces one federal lawsuit tied to allegations of anticompetitive practices through its online search business, as well as three antitrust lawsuits filed by state attorneys general.

Taking on medicine. Amazon unveiled a prescription medicine subscription service for Prime customers Tuesday, its latest push into the health care field, the Wall Street Journal reported. Many Prime users can now get about 50 common generic medications—including those used to treat high blood pressure, anxiety, and erectile dysfunction—delivered to their home for $5 per month, provided they have a prescription. Customers in eight states, including California and Texas, as well as those with Medicare or Medicaid health insurance are not eligible for the program.

No need for details. Elon Musk testified Monday at a class-action civil trial that he believed he had secured funding from the Saudi Arabia Public Investment Fund to take Tesla private in 2018, even though the two sides never discussed specific financial terms, the Associated Press reported. Musk’s testimony came on the fourth day of his trial in a San Francisco federal courtroom, where lawyers for some Tesla shareholders are arguing Musk misled them by announcing he had the funding to go private. Musk also argued Monday that his SpaceX shares would have been enough to take Tesla private if he wanted. The company remains publicly traded.

Counting their pennies. Several TikTok influencers with large followings told Fortune that the social media outfit has paid them a pittance under a new ad-revenue sharing program called Pulse. Seven TikTokers with more than 100,000 followers each said they have received less than $5 after joining Pulse, which TikTok promised would result in an even split of ad revenue between the company and content producers. The influencers said they didn’t know why their pay was so paltry, and TikTok officials declined to provide details about the program.

Moving toward the mainstream. After a tumultuous five-month period in which OnlyFans flip-flopped on banning sexually explicit content and saw its CEO resign, the subscription platform turned to an unlikely successor: Amrapali “Ami” Gan, the company’s chief marketing and communications officer. As Fortune’s Emma Hinchliffe reported Monday, Gan has spent the past year navigating a difficult challenge at the outfit, which is looking to expand beyond its adult-content roots without alienating its core base of sex workers. To date, Gan has quelled controversies that stemmed from the decision to nix adult pornography—it’s still allowed—and banks reportedly blocking payments made through the platform. However, the private company isn’t releasing financial data or disclosing which financial institutions remain on good terms with OnlyFans, making her progress hard to judge.

For the sake of OnlyFans’ user growth, Gan had to maintain the site’s friendliness toward creators. But to preserve its access to financial institutions—and perhaps lure future investors—she needed to ensure creators didn’t cross any legal redlines.

To pull off the juggling act, Gan is leaning on her unusual background in communications to rebrand OnlyFans as a site that empowers sex workers but also offers a safe-for-work outlet for creators of all kinds, from personal trainers to chefs.

Big Tech CEOs like Zuckerberg, Pichai, and Ek are all ‘taking full responsibility’ for massive layoffs—here’s why they’re all using the same language and what effect it has, by Orianna Rosa Royle

Despite cybersecurity being top of mind for the C-suite, data privacy is lagging, a new report finds, by Sheryl Estrada

TikTok’s remote employees could be fired if they don’t live near their assigned office location, by Alice Hearing

Former Google worker recorded a before-and-after of her layoff in dueling TikTok videos that went from free food and tiki bars to locked email and tears, by Tristan Bove

Will legislators be banned, too? Few people know how to act on a grudge quite like James Dolan. The notoriously vindictive face of Madison Square Garden and the New York Knicks—he and his family own both of them—has been using facial recognition technology to identify and oust patrons of the arena if they work for law firms suing him. In response, three New York legislators introduced a bill Monday that would bar sporting venues from jettisoning customers with a valid ticket, the Associated Press reported. One New York Assembly member, Manhattan Democrat Tony Simone, said it’s “ridiculous that a corporate boss can use this technology to discriminate,” while Madison Square Garden Entertainment officials have argued they have a vested interest in keeping legal foes out of the arena. Dolan, whose basketball team hasn’t won a playoff series in a decade, has famously feuded with attendees for years, including beloved former Knick Charles Oakley.