Big tech CEOs like Zuckerberg, Pichai and Ek are all ‘taking full responsibility’ for massive layoffs—here’s why they’re all using the same language and what effect it has 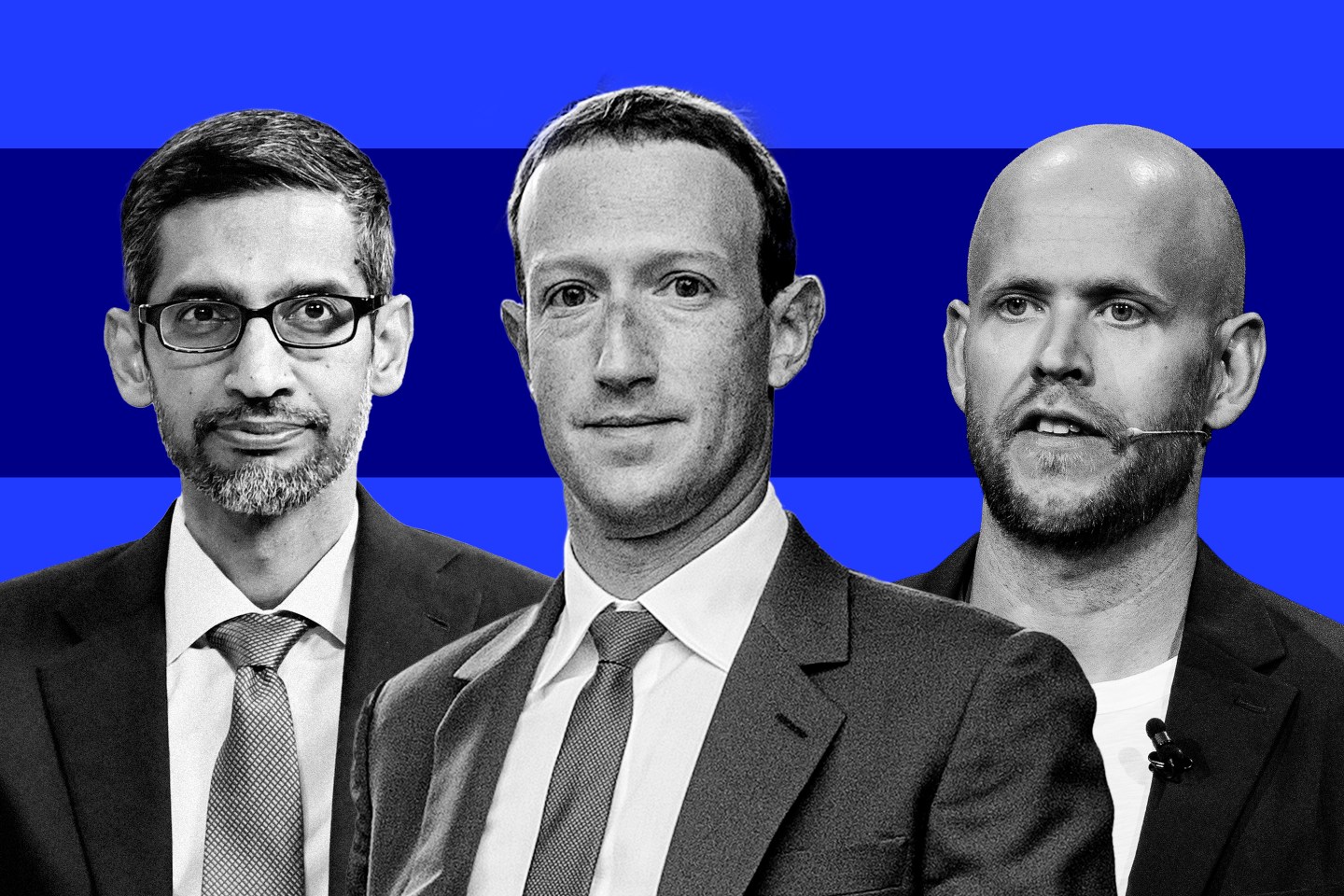 Big tech CEOs like Zuckerberg, Pichai and Ek are all ‘taking full responsibility' for massive layoffs—here's why they're all using the same language and what effect it has.
Sajjad Hussain—AFP/Getty Images; David Paul Morris—Bloomberg/Getty Images; Drew Angerer—Getty Images

“I take full accountability for the moves that got us here today,” Spotify’s CEO Daniel Ek confessed while announcing that 6% of the company was being laid-off.

Ek gave employees a heads-up that around 600 of them were about to have one-on-one conversations about their future at the firm, in a post on the streaming giant’s blog on Monday.

He used the update on “organizational changes” to hold his hands up for his failure to rein in costs and thank the outgoing workers for “everything they’ve done”.

“In hindsight, I was too ambitious in investing ahead of our revenue growth,” Ek admitted.

The memo is a far cry from generations of the “it’s not personal, it’s business” corporate catchall for bad news. He is part of a growing number of CEOs “taking full responsibility” for the mounting layoffs across the tech industry.

Earlier this month, Google announced that it was laying off 12,000 employees.

“This will mean saying goodbye to some incredibly talented people we worked hard to hire and have loved working with. I’m deeply sorry for that,” Sundar Pichai, CEO of parent company Alphabet Inc, said. “The fact that these changes will impact the lives of Googlers weighs heavily on me, and I take full responsibility for the decisions that led us here.”

“I want to take accountability for these decisions and for how we got here,” Zuckerberg wrote in a note to staff in November. “I got this wrong, and I take responsibility for that,” he added.

Why are CEOs taking responsibility for layoffs?

President Harry S. Truman frequently used the phrase “the buck stops here”. He even had the motto turned into a sign for his desk to remind himself that he was ultimately responsible for the actions of his administration.

Likewise in the long and short of it, when a business fails or has to scale back it falls down to the person running it: The CEO.

“Big tech CEOs are paid the big bucks, in good times and in bad. It is perhaps to be expected that when the chips are down, they step up and take responsibility,” says Debbie Zaman, CEO and founder of the PR agency With.

And the nearly identical language used between them is no accident.

“Just as data breaches have been called ‘glitches’ or inappropriateness in governance labeled ‘missteps’, it is not uncommon for multiple companies to reach similar conclusions on what this message looks like”, she adds.

Art Shaikh, serial entrepreneur and CEO of the tech firm Digital Will more cynically echoes that in the first instance, “claiming responsibility for layoffs might seem like a noble move”, but in reality, “it is advice given by PR professionals”.

“CEO’s are attempting to let the public know that the buck stops with them,” he adds.

Society has a trust problem.

Nearly 6 in 10 say their default tendency is to distrust something until they see evidence it is trustworthy. Meanwhile, around 40% of people don’t trust businesses, according to Edelman’s 2022 trust barometer.

By accepting blame, leaders can appear to be honest and trustworthy – both to the public and to those still working for them.

“An open and full apology can help CEOs to connect with different audiences to show they have a human and authentic side to them,” Will Harvey, professor of leadership at the University of Bristol Business School says.

By taking the rap, CEOs are also able to protect the trust between their workers and the remaining leadership team.

It’s unlikely that many workers report directly to the top boss, so by appearing as the single point of failure in the organization, it reduces the chance that workers will direct their resentment toward their direct management (for letting go of their work buddy, for example) by voting with their feet.

“While this might be noble, it could prove foolish on a personal level because some audiences may then consider the CEO as the reason for the problem and could pressurize the Board to let them go”, Harvey adds.

Then again, claiming accountability for cost-saving measures could be more to do with showing authority to stakeholders, than authenticity to the public.

Shaikh suggests that the move signals to shareholders that the CEO is making decisions in the interest of increasing profits.

“Shareholders and investors are clamoring for tech companies to do ‘more with less’ and this is a way for a CEO to effectively let them know that they made the call,” he says while adding “the responsibility they are claiming isn’t necessarily accepting the blame, but rather taking credit.”

What are the consequences of accepting blame?

Unfortunately for CEOs, employees are seeing through their blanket “I take full responsibility” response to layoffs.

“What does taking full responsibility entail?,” one disgruntled Google employee asked ahead of its town hall. They added that “responsibility without consequence seems like an empty platitude” while taking aim at executive pay.

“The employees who have been made redundant know one thing really well: Talk is cheap,” warns leadership branding coach and TED Speaker, Shivangi Walke.

Instead of making your workers feel like the blame of being made redundant is off their shoulders, an admission of fault could instill feelings of “disappointment, anger and betrayal”.

She advises leaders against making any accountability statements for the sole purpose of maintaining the company’s reputation in the public eye.

“It will backfire,” she says while adding that it’s relatively easy to spot which leaders “really mean what they say or only want to sound compassionate.”

So when leaders take the blame for poor performance and job cuts, they must follow their statement with actions if they don’t want to look performative.

“When a CEO takes full responsibility in the aftermath of job cuts, it is only worthwhile if they walk their talk,” Walke adds.

In the end, admitting fault doesn’t make the redundancy sting any less for those involved.

“Considering ways of delivering some greater degree of transparency rather than the fallback line of ‘full responsibility’ can help give a sense of treating teams with respect,” Zaman advises.

Honestly explaining the reason behind the layoffs and the steps being taken next for those leaving and those remaining, might go down better with employees than a carbon copy statement of accountability.

Harvey adds an alternative to “taking responsibility” for layoffs is to highlight the magnitude of threats facing the industry. With a global recession on the horizon, job cuts may be the only way the business – along with the peers of those let go – will survive.

“Explain how this strategy will create better long-term outcomes, even if the pain is acute in the short-term,” he adds.