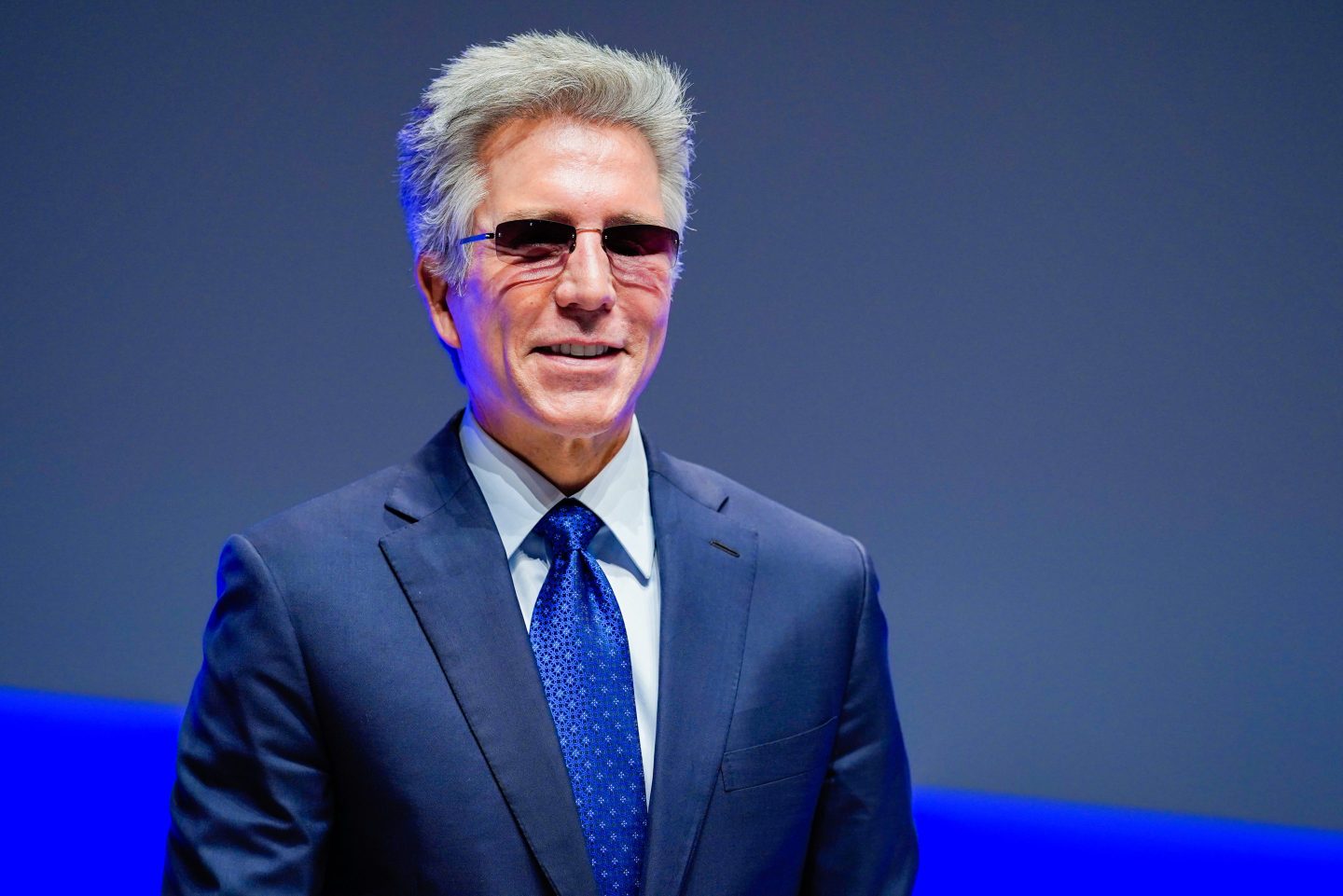 The Inflation Reduction Act is a hot topic in Davos this week, not because it will have any impact on inflation (it won’t), but because for the first time in the 50-year history of this forum, the U.S. has catapulted ahead of Europe on climate policy. “The U.S. incentivizes, Europe regulates,” one European-based CEO said yesterday. And while European reporters grilled U.S. government officials on whether the IRA’s climate subsidies were a form of protectionism, the speculation on the sidelines was that the EU would soon enact similar subsidies of its own.

More broadly, the conversations with business leaders here reinforced my belief that climate has lodged itself firmly, and immovably, into the strategies of most global companies. I sat down yesterday with George Oliver, CEO of Johnson Controls, who shares that view. His company sells systems for buildings and sits at the pivot point of the two transformations that are dominating business conversation here—technology and sustainability. With buildings accounting for as much as 40% of the carbon released into the atmosphere, he says the opportunity to reduce carbon emissions through smart use of technology—and ultimately eliminate them by changing energy sources—is huge.

Will climate investment be slowed by a coming recession? Here’s what Oliver said:

“This has been the discussion all week. If there is an economic slowdown, is this going to change the commitment that CEOs have made to decarbonization? It hasn’t yet. I don’t even think it has changed the pace…I think there’s a recognition that time is critical, and there is a lot to get done.”

Later in the day, Bill McDermott, CEO of ServiceNow, similarly said he sees no sign the technology transformation is slowing, either:

“This bad economy thing is total nonsense as it relates to digital business. Ninety-eight percent of the people out there have a digital-first strategy…End-to-end digital transformation is the big idea. These guys will never cut their budget for digital transformation if it delivers business impact…Every country, every industry, every company and every human being in the world is going for digitalization. And that is a sensational opportunity to change the paradigm of business.”

Accenture CEO Julie Sweet echoed that theme. “CEOs generally recognize the need to change more, not less,” she said. Her company released research this week that shows a small group of companies are going even further, “raising the bar and changing the game in their industries. They are the ‘reinventors’—seeking to reinvent every part of their company on a continuous basis through technology and new ways of working.” You can find the Accenture study here.

More from Davos here. Other news below.

Microsoft is set to shed 10,000 jobs due to slowing spending, though it will keep hiring in areas such as A.I. CEO Satya Nadella informed workers of the move while in Davos. Meanwhile, Amazon has begun slashing an expected 8,000 roles—and that’s on top of a 10,000-job round a couple months ago. BBC

“Don’t work here,” Palantir CEO Alex Karp told employees who don’t agree with the analytics company’s contracts with Western militaries and governments. “We want people who want to be on the side of the West, making the West a better society,” Karp said at a World Economic Forum event in Davos. Palantir has benefited from such contracts while rivals have seen big employee pushback; Google in particular ended up pulling out of a Pentagon deal that Palantir then picked up. Fortune

Jacinda Ardern will step down as New Zealand’s prime minister in the next couple weeks, well ahead of elections that are scheduled for October. Ardern—who topped Fortune’s World’s 50 Greatest Leaders list in 2021—explained her shock decision thus: “I know what this job takes. And I know that I no longer have enough in the tank to do it justice. It’s that simple.” The ruling Labour Party will have to find her replacement quickly, as she will be out by Feb. 7. Politico

Peter Thiel’s Founders Fund made more than $1B offloading 8 years of crypto investments just before markets soured, by Marco Quiroz-Gutierrez

In trial, Elon Musk is cast as a liar who cost regular Tesla shareholders millions of dollars, by Associated Press

Everyone at Davos is celebrating China’s reopening—but Norway’s wealth fund head warns it could be ‘inflationary’ and ‘really bad for markets’, by Tristan Bove

Recovering from COVID doesn’t give you bulletproof immunity—’hybrid’ immunity is way better, according to a new WHO study, by Erin Prater

Olympic legend Usain Bolt lost $12 million in savings to a scam. Only $12,000 remains in his account, by Bloomberg