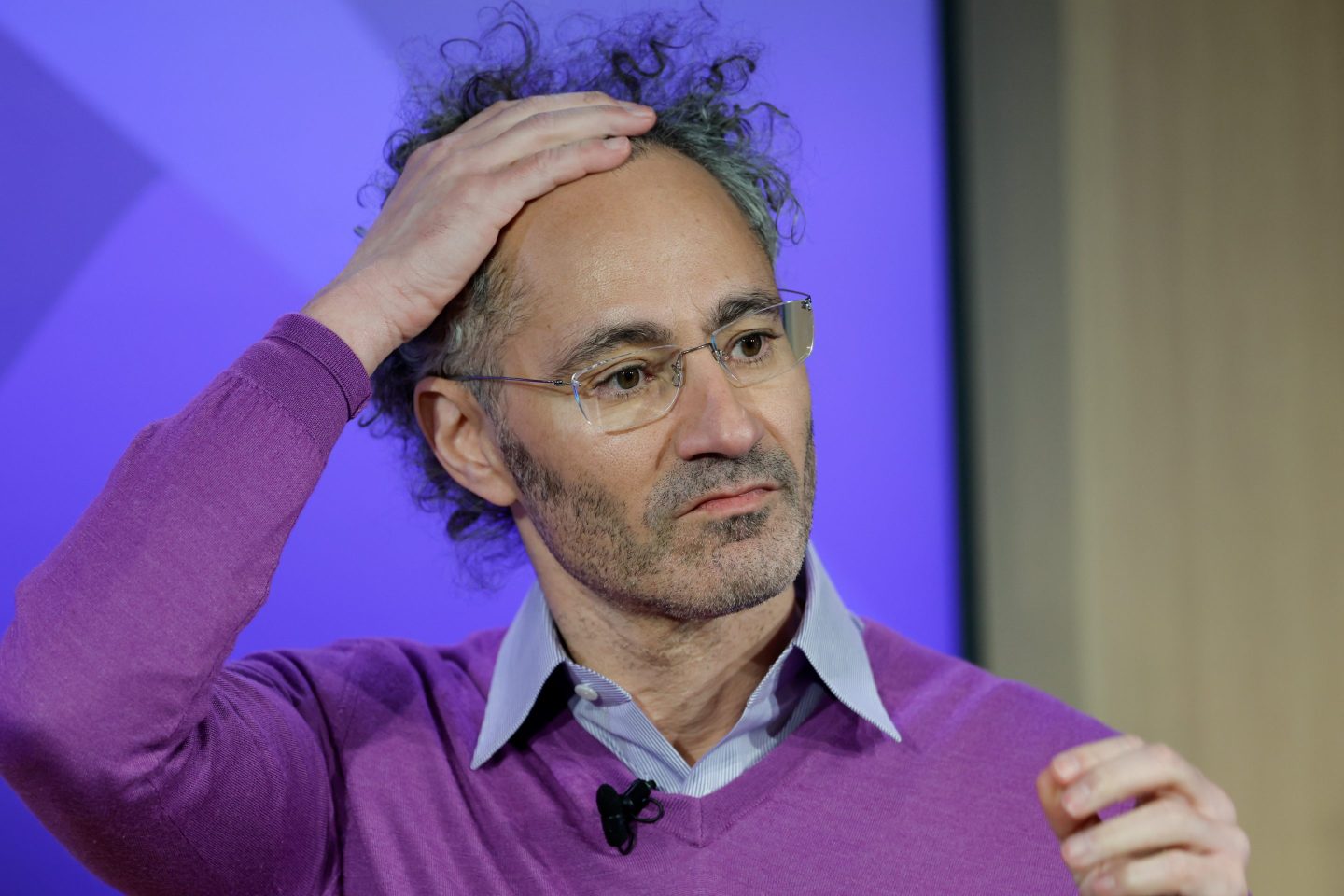 “We want people who want to be on the side of the West, making the West a better society,” Karp said on Wednesday at an event for the World Economic Forum, continuing that Palantir “may not be your cup of tea.”

“You may not agree with that. Bless you. Don’t work here,” he said.

Karp said that Palantir’s mission was to defend the West and Western values against “potential adversaries,” which he positioned as a more worthwhile goal than his Silicon Valley peers, describing the consumer internet as “carcinogens.” Karp suggested that two-thirds of potential employees were put off by companies like Palantir.

In 2018, Google employees signed a letter criticizing the company’s involvement in Project Maven, a Pentagon project that used A.I. to refine drone strikes. Google agreed not to renew the contract, and drove the tech company to create A.I. ethics guidelines.

Palantir replaced Google as the Pentagon’s partner, and the company now plays up its ties to the U.S. government and its allies. Last year, Palantir renewed contacts with both the U.S. Department of Defense and Immigration and Customs Enforcement (ICE).

Karp has defended Palantir’s government contracts before, telling shareholders uneasy with Palantir’s military work to “pick a different company” ahead of its IPO in 2020.

Palantir sees opportunity in a more challenging economic and geopolitical environment, sparked in part by Russia’s invasion of Ukraine. “I am pessimistic about the near future and very optimistic about what we can do to help that,” Karp told CNBC on Tuesday.

The company expects to hire a few hundred people this year, in line with previous expansions, Karp told Reuters on Monday.

Palantir reported $478 million in revenue for the third quarter of 2022, a 22% year-on-year increase. The company said that government revenue over the preceding year broke $1 billion for the first time. Investors are more pessimistic, however, with Palantir shares falling 52.6% over the past year.