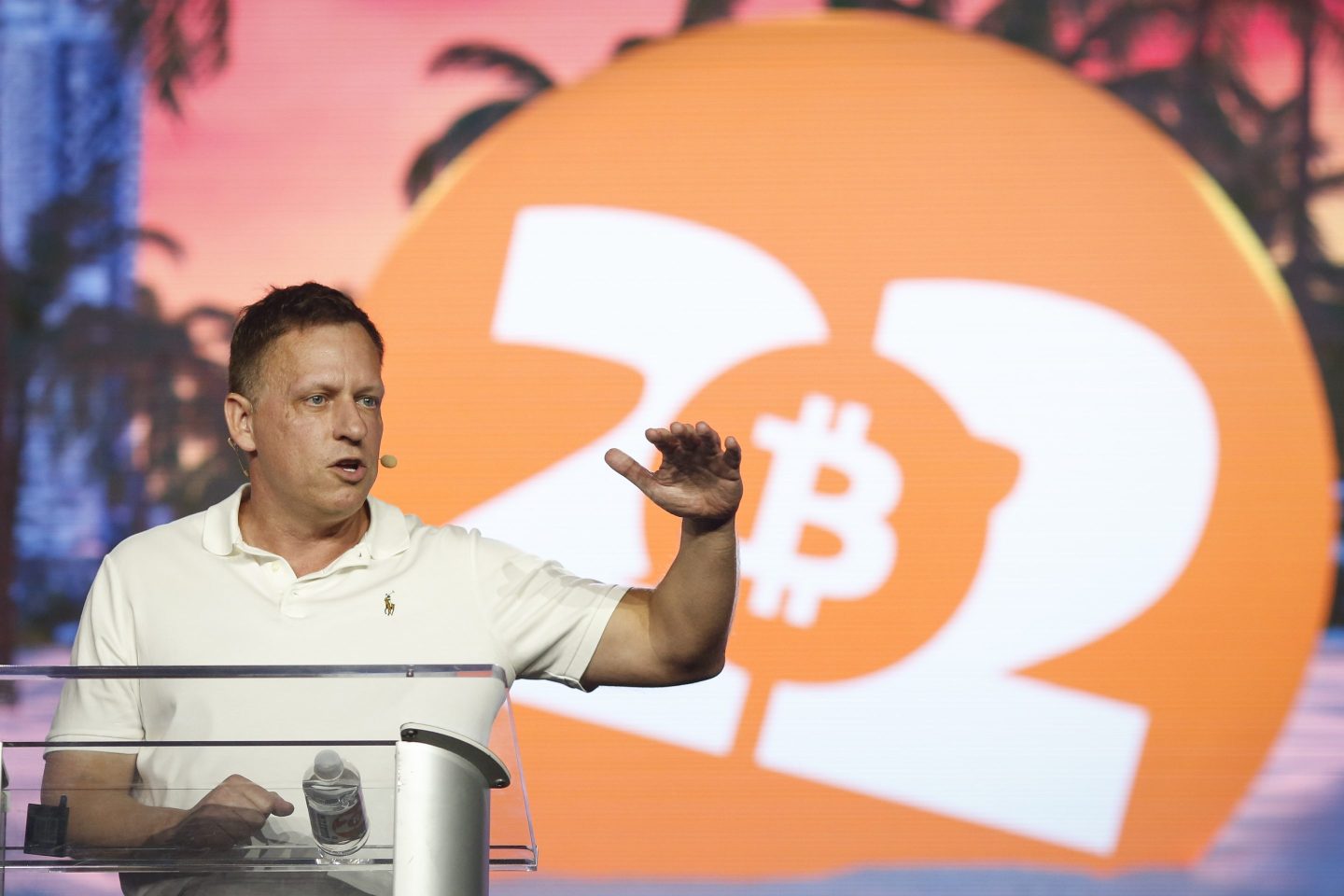 One month before billionaire venture capitalist Peter Thiel raved about the advantages of Bitcoin during a speech at a Miami conference, his VC firm Founders Fund had already offloaded an eight-year bet on cryptocurrencies.

While crypto was once one of its core positions, by March 2022, the firm had generated $1.8 billion from selling off the vast majority of its crypto holdings, the Financial Times reported, citing a person close to the fund. Two-thirds of its crypto investment consisted of Bitcoin, according to the FT.

The selloff was timely, and protected the firm from the collapse in Bitcoin’s price later that year that would take it to about $15,599 last November, its lowest price in two years.

But in April at the Bitcoin 2022 conference in Miami, Thiel made no mention of his fund’s massive crypto selloff. He also didn’t waver in his support for Bitcoin. During a speech, he said, “We are at the end of the fiat money regime,” and added that Bitcoin was undervalued but “has every potential to replace gold.”

The price of almost all cryptocurrencies plummeted last year as the industry experienced the bankruptcies of some of its most high-profile companies, including the crypto hedge fund Three Arrows Capital and crypto exchange FTX. The collapse of FTX and the criminal charges handed down to former CEO Sam Bankman-Fried in particular have caused damage to several other companies and have drawn outsized attention from regulators.

San Francisco-based Founders Fund first bought into Bitcoin in 2014 when it traded for under $1,000 and increased its holdings over the next eight years. Thiel was also one of the first well known investors to put money into Bitcoin.

In part, because of its Bitcoin selloff, along with exits from long-held companies like Airbnb and the Thiel-cofounded data analytics group Palantir, Founders Fund returned about $13 billion to investors between 2020 and the end of last year, according to the FT. The company has more than $11 billion under management.