There’s a lot of good economic news around right now, but CEOs at Davos have never felt worse 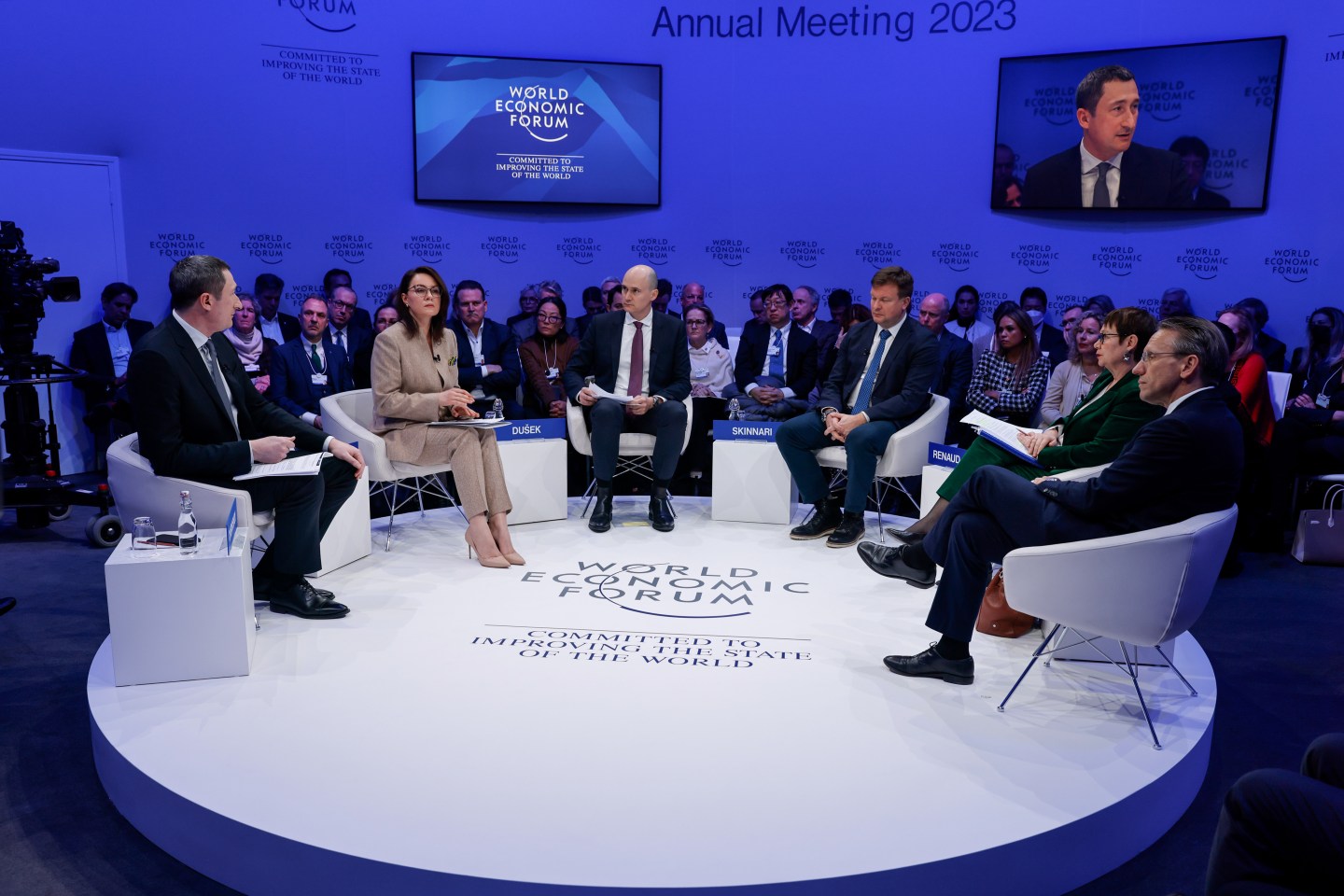 The spotlight is on many of the business world’s leaders this week as they congregate in the Swiss mountaintop town of Davos to attend the annual World Economic Forum. And they are not in a good way. Their souring outlook on their own companies’ future prospects paints a dire picture for the rest of the world economy. But there’s just one thing: A lot of economic news these days is pretty, pretty good.

The theme of this year’s event is a foreboding term from academia: polycrisis. Made famous by perhaps the internet’s greatest wonk, Columbia professor Adam Tooze, and amplified by Nouriel “Dr. Doom” Roubini, it refers to when the world doesn’t have just one crisis but many impacting upon one another, with dramatic economic results. The WEF cautioned in a report last week that an era of polycrisis could begin within the next decade. The report actually found that the current period, characterized by climate change, the war in Ukraine, and persistent inflation, are just the first seedlings of even greater crises to come. The CEOs gathered in Davos seem unaware, though, that the world is showing signs of dodging a recession, let alone a polycrisis.

In the U.S., rising fears of a looming recession have already prompted waves of layoffs affecting tech and banking employees, while more and more companies are seeking ways to downsize or cut back on spending. Yet many economists and business leaders say the U.S. is likely to avoid a full-blown recession, including Moody’s chief economist Mark Zandi, although they concede that an extended period of slow to no economic growth could well be in the cards.

So far, the data suggests that a prolonged economic downturn is unlikely. In the U.S., while some sectors have begun resorting to layoffs, a strong labor market combined with rapidly declining inflation suggest many Americans are still well off, dashing the chances of a severe and long recession. Even in Europe, where the economic exposure to the Ukraine war is much higher, a severe recession may have been at least delayed as the continent looks to be avoiding a massive energy crisis this winter. Goldman Sachs recently revised its economic forecasts for Europe in a positive direction, pointing to falling energy prices and China’s faster-than-expected reopening.

Even at gloomy Davos, many CEOs pointed to China’s long-awaited lifting of COVID-zero policies in December and reopening to the world earlier this month as a potential tailwind for the global economy once the country’s expected wave of infections passes.

Mathias Cormann, secretary-general of the OECD, said his organization “very much welcome[s]” China’s lifting of COVID-zero policies in an interview with CNBC from Davos on Monday, adding that the reopening could be “overwhelmingly positive” for the rest of the world as central banks attempt to bring down inflation.

“Over the short term, it will come with challenges, and we’re seeing heightened levels of infection which are likely to have some short-term impacts,” he said. “But over the medium to longer term, this is a very much a positive in terms of making sure that the supply chains function more efficiently and more effectively, making sure that demand in China and indeed trade more generally resumes in a more positive pattern.”

Yet by and large, the CEOs attending Davos are choosing to see the glass as half empty. As Fortune’s Alan Murray wrote in CEO Daily on Tuesday, a whopping 40% of CEOs surveyed by PwC are pessimistic about their own companies’ chances of survival a decade from now.

At Davos, conversations with leaders have so far been full of negative views for the coming year, as the barriers to economic growth appear unlikely to yield soon.

“The mood is somber,” Nick Studer, CEO of the Oliver Wyman Group consultancy, told the Wall Street Journal at the conference. “At the same time, you’ve got a lot of people hoping that the U.S. and the U.K. environment—if it’s recessionary—is either short or shallow.”

While organizers and activists at Davos are urging business leaders to start weighing long-term risks more heavily, many still have to handle short-term developments in global economic growth, and most of them expect a reversal this year. Over 70% of CEOs surveyed by PwC predicted an economic decline in the year ahead.

“I am pessimistic about the near future and very optimistic about what we can do to help that,” Alex Karp, CEO of data analytics firm Palantir Technologies, told CNBC at Davos on Tuesday.

“We are just learning, as world organizations, that we are living in a world that is very different than we thought,” he said, adding that some factors dragging down the world economy, like the Ukraine war, are unlikely to dissipate anytime soon.

Another factor that has impaired global growth is inflation, which has been running at its highest rate in decades in many countries over the past year and hurting the finances of many middle-class households in the U.S. Inflation in the U.S. has recently come down steeply and many economists have even suggested U.S. inflation is past its peak, but some CEOs at Davos remain cagey on the chances of inflationary pressures easing anytime soon for consumers.

“We might be, at the moment, around peak inflation, but probably not peak prices,” Alan Jope, CEO of consumer goods behemoth Unilever, told CNBC at Davos. “There’s further pricing to come through, but the rate of price increases is probably peaking around now.”

Many CEOs cited the unpredictability of the current moment, as today’s business leaders grapple with how to handle a growing number of intersecting global crises.

“Nobody running a business at the moment has really lived through global inflation; it’s a long time since we’ve had global inflation,” Jope said. Palantir’s Karp also said the main factor hurting the economy today is that business is in an “unknown zone where things are happening we didn’t plan, like wars, trying to deal with the wars, and inflation.”

While most CEOs are pessimistic, some argued age and experience in business is an important factor, something many young leaders today do not have.

“If you talk to people on Wall Street who are 35 years and younger, they think it’s the end of the world,” Steven Bergman, CEO of dental products supplier Henry Schein, told the Journal at Davos. “You talk to people 50 and over, we’ve been through this many times.”