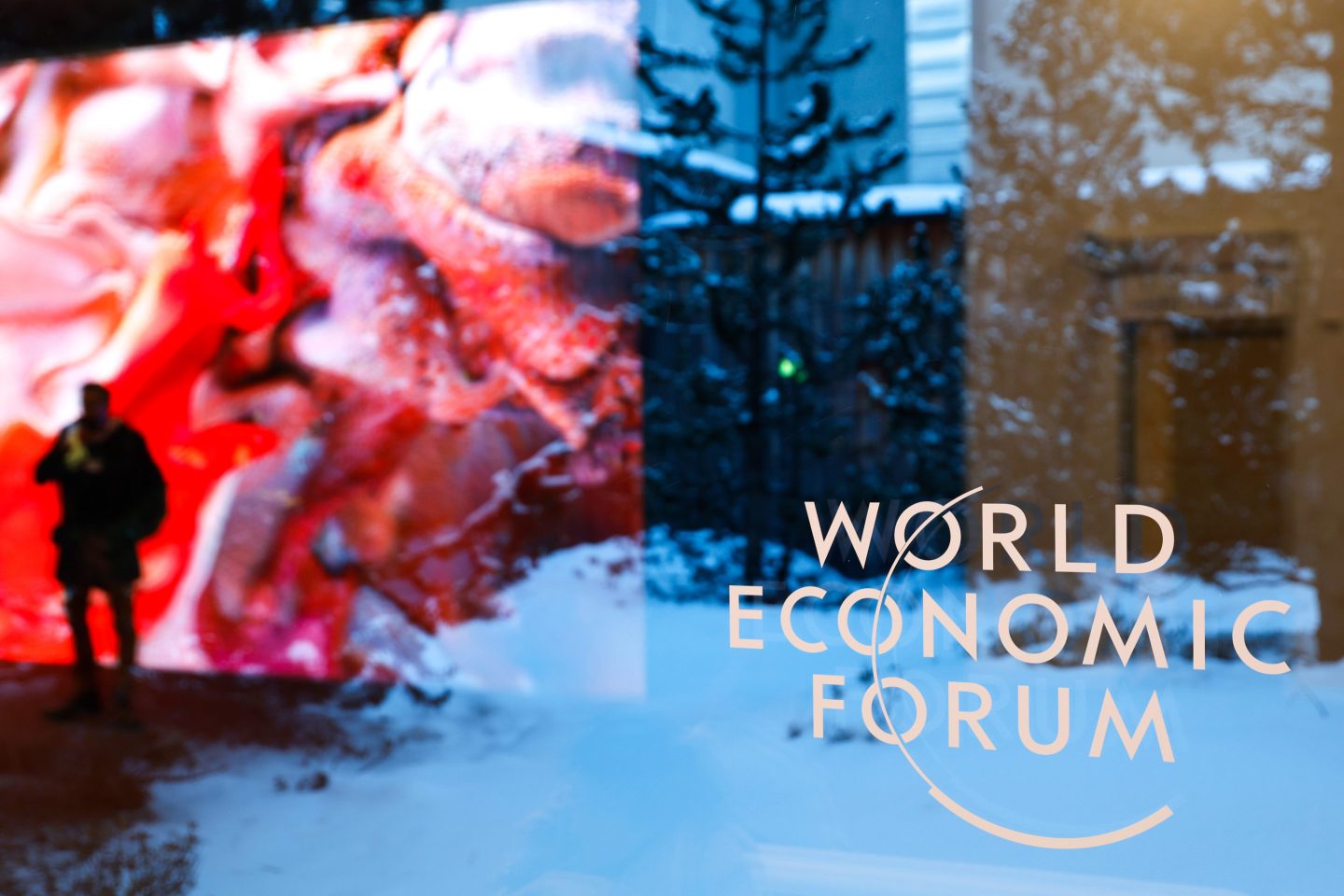 CEOs are more pessimistic about the economy than they've been in decades and worry about the rate of their firms' transformations.
Stefan Wermuth/Bloomberg via Getty Images

I hesitate to summarize the zeitgeist of Davos on Day 1, but it seems clear the CEOs gathered here are all focused on some version of the same question: How do you batten down for a recession in the short-term while still doing what’s necessary to transform your company for the future?

That sentiment was reflected clearly in PwC’s annual survey of more than 4,000 global CEOs, out this morning. They are more pessimistic about the economy than they’ve been in a decade, with 73% expecting a decline in the year ahead—a dramatic reversal from last year when 77% expected improvement. But here’s the finding that caught my attention: Asked whether they think their company will be viable a decade from now “if your company continues running on its current path,” a full 40% of the CEOs answered “no.”

“That’s unprecedented,” PwC global chair Bob Moritz told me yesterday. “The pessimism on the economy is not surprising. That’s been kind of building. But what’s interesting…is the focus on getting their act together over the longer term to do the transformation stuff.”

And what exactly is the “transformation stuff”?  Well, that depends a little on who you talk to, what industry they are in, and what region of the world they occupy. But technology is clearly a big driver—creating opportunities and challenges at an ever faster pace. And so is the climate challenge and the transformation in energy and other systems necessary to address it. On top of that, you have a rethinking of globalization and supply chains, driven partly by geopolitical challenges. And then there’s the still-intense battle for talent that hasn’t eased much in spite of the economic slowdown.

All that has created deep insecurity among many CEOs that the world is changing faster than their companies. Moritz said 60% of respondents “feel their companies are still too focused on the short-term,” and not prepared for the longer-term disruption.

I sat down later in the day at “Qualcomm Haus” with CEO Cristiano Amon, whose firm has greatly expanded its presence at Davos this year. The company, Amon explained, has been “fast diversifying” because of a recognition that its technology “that was developed for mobile…can be very relevant for a lot of other industries doing digital transformation.”

Amon identified with the findings of the PwC survey. “If you think of our traditional business of mobility, every generation of technology lasts 10 years, and as soon as we launch one technology, we are busy working on the next one. We have no choice but to reinvent our business every decade, and if we don’t, then we don’t have a company… That’s now becoming a reality for many companies.”

You can find the full results of the PwC survey here.  More news below.

China’s population dropped by 850,000 in 2022, the first time it's shrunk since the 1960s. Demographers have long expected China’s population to peak in the coming decade due to falling fertility rates, but China reached that point sooner than anticipated, presenting major social and economic challenges for President Xi Jinping as he begins his third term. Fortune

Jury selection starts today in the San Francisco securities-fraud trial over Elon Musk's now-infamous 2018 tweet: “Am considering taking Tesla private at $420. Funding secured.” Investor Glen Littleton sued Tesla, its board at the time, and Musk alleging Musk's tweets about a potential take-private deal were false and cost investors billions of dollars. The federal judge overseeing the trial has already ruled that Musk's tweets were untrue and reckless; now a jury must decide if they were material and if Musk knew they were false. Wall Street Journal

Rich Chinese are turning to Singapore as a safe haven to ride out their homeland's geopolitical tensions and decoupling in what Drew Thompson, visiting fellow at the Lee Kuan Yew School of Public Policy in Singapore, calls "a dramatic, epochal realignment of wealth in Asia." Financial Times

At Davos, a sidelined club laments tax ‘hypocrisy’ as the richest talk climate instead by Peter Vanham

When is it time to close the ‘Bank of Mom and Dad’? Wealth managers advise the best ways to support your adult kids amid looming recession by Eleanor Pringle

Workers hate being in the office so much, many would rather get a root canal by Jane Thier