‘It’s very possible we are peaking’: IMF managing director says global inflation could soon be going down, while economist Paul Krugman says in the U.S. it might already be at 4% 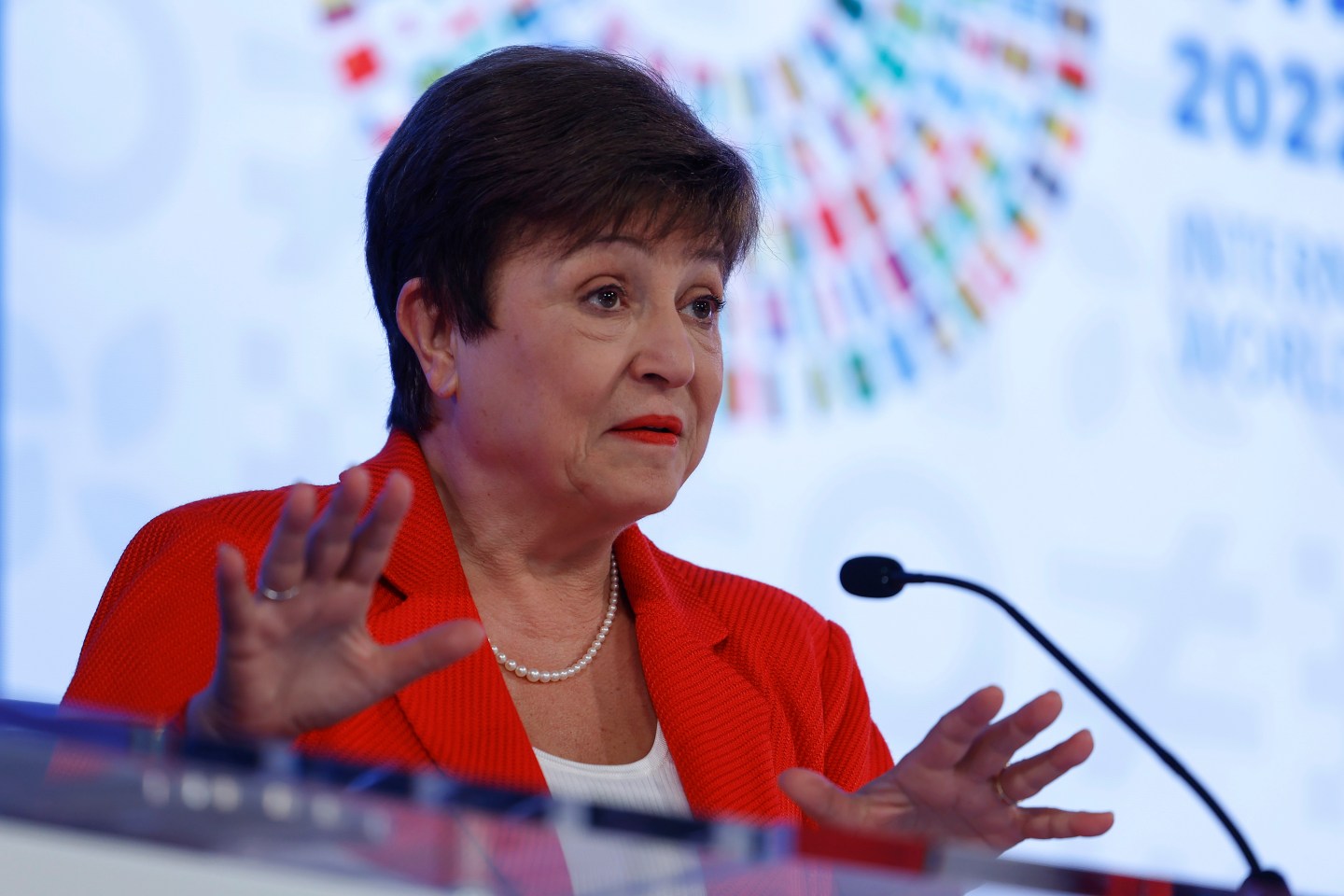 It might not feel like it, but we may already have seen the worst of inflation, according to some experts.

Inflation has been battering countries around the world for a year now. In the U.S., annual inflation is currently running at a rate of 8.2%. In the U.K., prices are up 8.8%, while it’s even worse in the eurozone, where annual inflation now sits at 10.7%. It’s all part of a global inflationary wave of rising prices for food, housing, and fuel affecting countries in South America and Asia, too.

But some experts are saying that rising prices have already peaked around the world.

“I’m not going to jump ahead of data, but it is very possible that we are peaking,” Kristalina Georgieva, managing director of the International Monetary Fund (IMF), told Bloomberg on Monday, referring to global inflation.

And stateside, there may be more to the inflation story than first meets the eye, as lagging economic indicators could mean that inflation is already receding, according to economist Paul Krugman.

For months, Krugman has claimed that prices in some key areas that contribute to inflation, including rental prices, have been declining, but these “lagging” indicators have yet to show up in official data.

Accounting for these indicators, today’s inflation in the U.S. may even be as low as 4%, Krugman wrote on Saturday.

Georgieva said that coordinated interest rate hikes from central banks around the world to rein in prices could mean inflation is already past its crest.

She added that inflation should be a “top priority” for central banks worldwide, and approved the interest rate hikes, but also warned that bringing inflation back down to a target 2% annual rate would be “harder,” as global supply-chain issues persist.

“We actually think inflation is going to be harder to bring down to the desirable level of around 2%,” she said. “Supply-chain security also matters. If we are going to see diversification of supply chains, that inevitably is going to put some upward pressure on prices.”

In the U.S., inflation has so far shown few tangible signs of waning. Inflation has become a political priority for most Americans as they head to the polls for this week’s midterm elections. Nearly half of American consumers think inflation will persist for the next year at least, with many already resigning themselves to drawing up a budget and spending less during the holiday season.

The Federal Reserve’’s ultimate goal has long been to keep inflation as close as possible to the 2% annual rate the central bank deems acceptable. And it may be much closer to that target than it seems, according to one economist.

On Saturday, Krugman wrote that the main inflation indicators are failing to capture “true” inflation.

“There’s a good case that substantial disinflation is happening, but not captured (yet) by the standard measures,” the Nobel Prize–winning economist wrote on Twitter.

Krugman wrote that factors contributing to inflation such as declining rental prices and slowing wage growth tend to take a while to show up in inflation reports, leading him to believe that inflation could be much lower than it appears.

The economist warned in an opinion article for the New York Times last month that lagging economic indicators often take time to appear in official inflation reports: “There are good reasons to believe that there are long lags between policy changes and the reported numbers,” he wrote, adding that housing costs and wage growth could be especially informative lagging indicators.

Rental costs declined for the first time in two years in September as part of a larger housing market cooldown, according to a survey by Apartments.com. And wage growth in the U.S. slowed to 5.2% last month, according to a quarterly report by the Bureau of Labor Statistics on labor compensation, down from 5.5% measured in the previous quarter that ended in June.

But despite the uncertainty over lagging indicators, not everyone says inflation must already be on the wane.

Nearly 60% of chief financial officials at major corporations said they did not think inflation had already peaked in a late September survey, with many expecting a recession to hit in the early part of next year before inflation recedes.

Former Treasury Secretary Larry Summers has been especially pessimistic about the Federal Reserve’s chances to bring down inflation fast and without triggering a severe economic downturn, saying last month that only a recession and unemployment above 6% could lead to inflation reduction in the U.S.

“Almost never does high inflation come down fast,” Summers wrote in a tweet at the end of October, adding that the “historical experience” may not be the best guide to determine when inflation will start receding owing to the tightness of today’s labor markets, high government debt, and a decline in global trade.

And even Georgieva’s own organization, the IMF, has not been as optimistic that inflation has already peaked. In its latest global economic outlook report, released last month, the organization forecasted global inflation to peak at 9.5% later this year and fall to 4.1% by 2024.