OpenAI’s ChatGPT could start a search engine revolution. Should Google be worried? 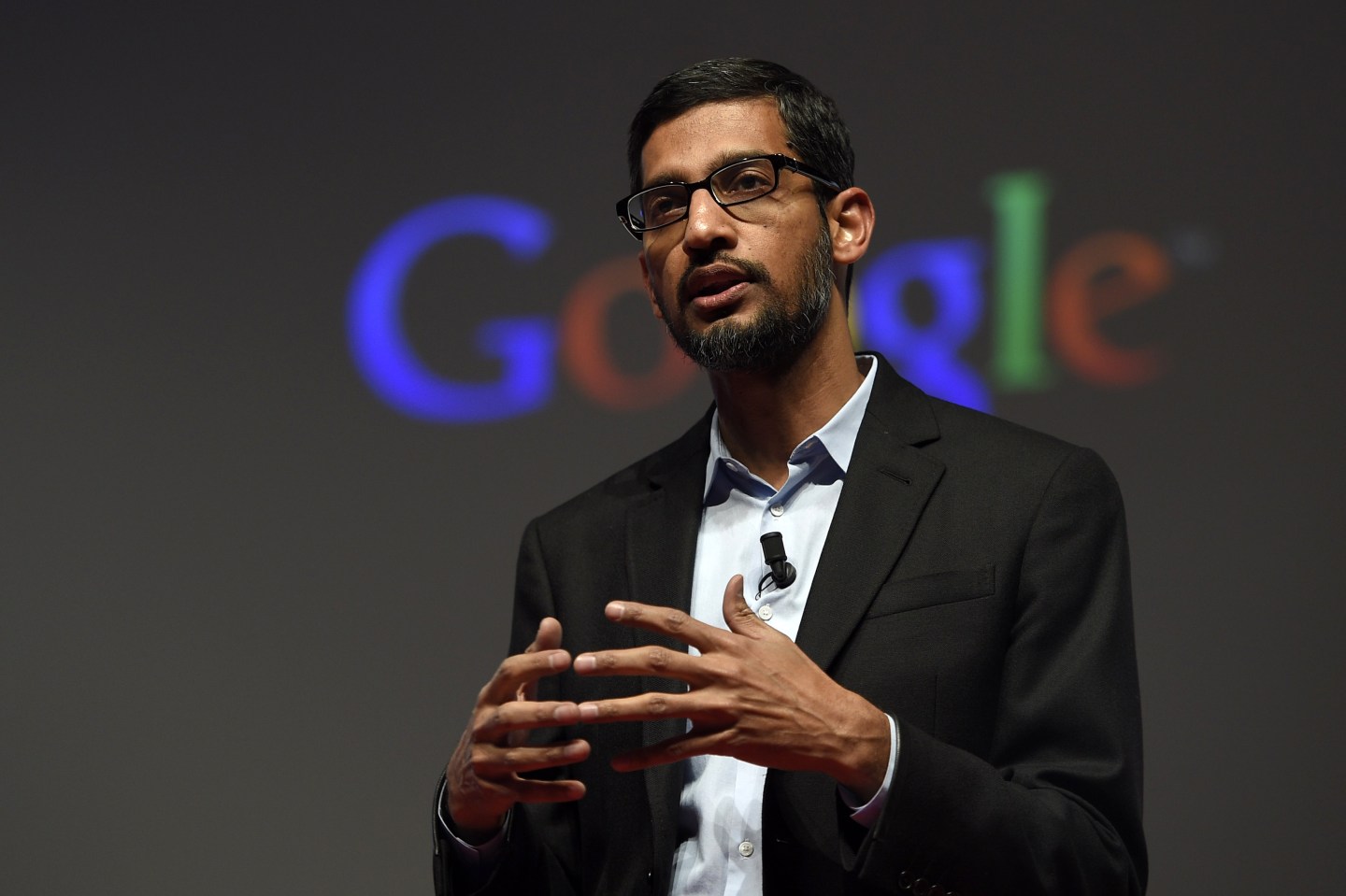 Fresh off this fall’s wide release of DALL-E, the brilliant A.I.-powered text-to-image generator, the team at OpenAI has done it again.

ChatGPT can write lines of code, pen a college-level essay, author responses in the voice of a pirate, and write a piano piece in Mozart’s style. For more examples of its astounding capabilities, simply search “ChatGPT” on Twitter and prepare to be awed.

“There’s a certain feeling that happens when a new technology adjusts your thinking about computing,” Box CEO Aaron Levie tweeted Sunday. “Google did it. Firefox did it. AWS did it. iPhone did it. OpenAI is doing it with ChatGPT.”

Already, the appetite for ChatGPT has been so great that OpenAI halted new sign-ups. A prompt on the site Monday morning read: “We’re experiencing exceptionally high demand. Please hang tight as we work on scaling our systems.”

ChatGPT is free to use and doesn’t show ads, though OpenAI CEO Sam Altman tweeted Monday that “we will have to monetize it somehow at some point” due to “eye-watering” operating costs. (OpenAI launched in 2015 with $1 billion in funding from Silicon Valley luminaries, including Elon Musk and Peter Thiel, and received another $1 billion from Microsoft in 2019.)

While ChatGPT remains in the innocent incubation phase, its arrival foreshadows what could become one of the great disruptive events in modern tech.

As some industry insiders and media members have pointed out, ChatGPT performs many of the functions of Google—and often does them better than the Alphabet unit. Whereas Google merely empowers you with the links and tools needed to research information, ChatGPT can answer elaborate questions, solve intricate problems, and converse in a human-like manner.

Just how much of a threat could technology like ChatGPT pose to Google? Considering Alphabet earned $149 billion in revenue last year from Google Search and other web-based Google properties, the implications are enormous.

“The potential for something like OpenAI’s ChatGPT to eventually supplant a search engine like Google isn’t a new idea, but this delivery of OpenAI’s underlying technology is the closest approximation yet to how that would actually work in a fully fleshed out system, and it should have Google scared,” TechCrunch U.S. managing editor Darrell Etherington wrote Friday.

ChatGPT and lesser chatbots still churn out incorrect, incoherent, biased, or dangerously misguided answers on occasion, undercutting confidence in the product. (OpenAI willingly acknowledges these issues, calling them a necessary but unfortunate cost of development.) Google, by contrast, largely avoids such pitfalls by putting the onus on users to sift through information and draw their own conclusion.

“Search satisfaction is a reputation business,” Delip Rao, an A.I. researcher at the University of Pennsylvania, tweeted Saturday. “Once folks are let down by a search result on something critical, they will use less and less of that search interface. For example, Twitter search on https://twitter.com/ sucks, so I use other options to lookup (sic) my own tweets.” (He’s right. Twitter’s search function is awful.)

In addition, Alphabet still has plenty of time and money to beat back any aspiring Google rivals.

Alphabet and its A.I. subsidiary, DeepMind, are heavily invested in the large language models that underpin chatbots, as MIT Technology Review explored in September. And while OpenAI benefits from that massive buzz that comes with unveiling an early prototype, Alphabet has little to gain from rushing out early, unmonetized projects that could damage trust in the company or cannibalize existing revenue.

Even ChatGPT is skeptical of its ability to overtake Google. When the Independent asked ChatGPT whether it could replace Google, the bot replied, in part: “It is unlikely that a single search engine, such as ChatGPT, could completely replace Google.”

ChatGPT did, however, accurately note that advanced language models offer unique features and a different user experience when compared to Google. As the chatbot concluded: “Overall, ChatGPT has the potential to revolutionise the way we search for information online.”

Coming up short in China. Tesla plans to trim production at its Shanghai plant by up to 20%, a result of underwhelming demand for the company’s electric vehicles in China, Bloomberg reported Monday. Sources familiar with the decision told Bloomberg that near-term sales forecasts led to the cutback, though the Shanghai factory could scale back up if demand bounces back. Tesla shares slid 6% in mid-day trading Monday.

Getting back to normal. Foxconn believes its Zhengzhou plant, responsible for assembling most of Apple’s iPhones, will return to full production capacity within a few weeks after COVID- and labor-related issues rocked the Chinese facility, Reuters reported Monday. A Foxconn source told Reuters that the company expects to replace workers who walked off the job last month by late December or early January. Foxconn officials announced Monday that company-wide revenue fell 11% year-over-year in November, the period during which employees revolted over COVID-induced lockdowns and unmet pay promises.

Waiting for the bill. European Union privacy regulators are expected to issue record fines Monday against Meta for breaking local laws related to data on millions of users, Politico EU reported. European officials have not commented on the potential scope of the fines, but Meta financial statements suggest they could approach $2 billion. Irish and French regulators have already fined Meta about $750 million this year for data and privacy violations.

All good with Apple. Twitter owner Elon Musk said Apple has fully reinstated its advertising buys on the platform, the latest sign of easing tensions between the two sides, Bloomberg reported. Musk, who blasted Apple last week for cutting its ad spending on Twitter, disclosed the resolution during a Twitter Spaces chat Saturday. Musk met with Apple CEO Tim Cook following his barb, subsequently tweeting that they had a “good conversation” and resolved some misunderstandings.

Best of five. Former WarnerMedia chief Jason Kilar has some thoughts on the future of streaming—and they aren’t great for fledgling platforms like Peacock and Paramount Plus. In a Wall Street Journal commentary, Kilar predicted that the largely unprofitable streaming industry will undergo consolidation in the next two years, with only five platforms emerging from the crowd. Kilar, who stepped down in April ahead of WarnerMedia’s merger with Discovery, said he believes three platforms will reach the scale needed to generate positive cash flows (he didn’t name names, but Netflix, Disney+, and HBO Max are the odds-on-favorites). Meanwhile, he suggested Amazon Prime and Apple+—neither of which is expected by their parent company to turn huge profits—will continue to churn along.

Despite the chaotic nature of the current moment, a reassuring worldwide constant in the decades to come will be our collective need for well-told stories. I believe that Hollywood will continue to serve this fundamental human need, but doing so in a sustainable manner is going to first require dramatic change.

There will be multiple business casualties in the paid streaming wars and a few business victors. Digital markets for industries that have high fixed costs and relatively low variable costs have tended toward a few, unusually large winners, and I believe such will be the case in entertainment.

Elon Musk ‘wanted to punch’ Kanye West after deeming the rapper’s swastika tweet an ‘incitement to violence’, by Steve Mollman

Crypto billionaire Mike Novogratz says FTX’s Sam Bankman-Fried will go to jail ‘if the facts turn out the way I expect them to’, by Steve Mollman

Circle pulls the plug on SPAC as stablecoin giant announces it is profitable, by Jeff John Roberts

These 10 employers are still hiring tech and finance talent like crazy, by Sheryl Estrada

Exposing age gaps. Catfishers might soon have a harder time reeling in their prey on Facebook. Axios reported Monday that Meta is testing age verification technology on its Facebook Dating site, aiming to replicate the success of similar tools recently rolled out on Instagram. Meta officials said some Facebookers looking for love will be required to submit video selfies, which the company will feed through software that estimates a person’s age, or upload a picture of their ID. Facebook Dating hasn’t quite caught on since its launch in 2019, trailing well behind more-popular apps like Match Group’s Tinder and Bumble. But Meta officials hope the new steps provide an improved sense of safety—and maybe satisfy those pesky European regulators in the process.