Companies that resist reporting supply chain emissions risk losing their competitive edge. This is why 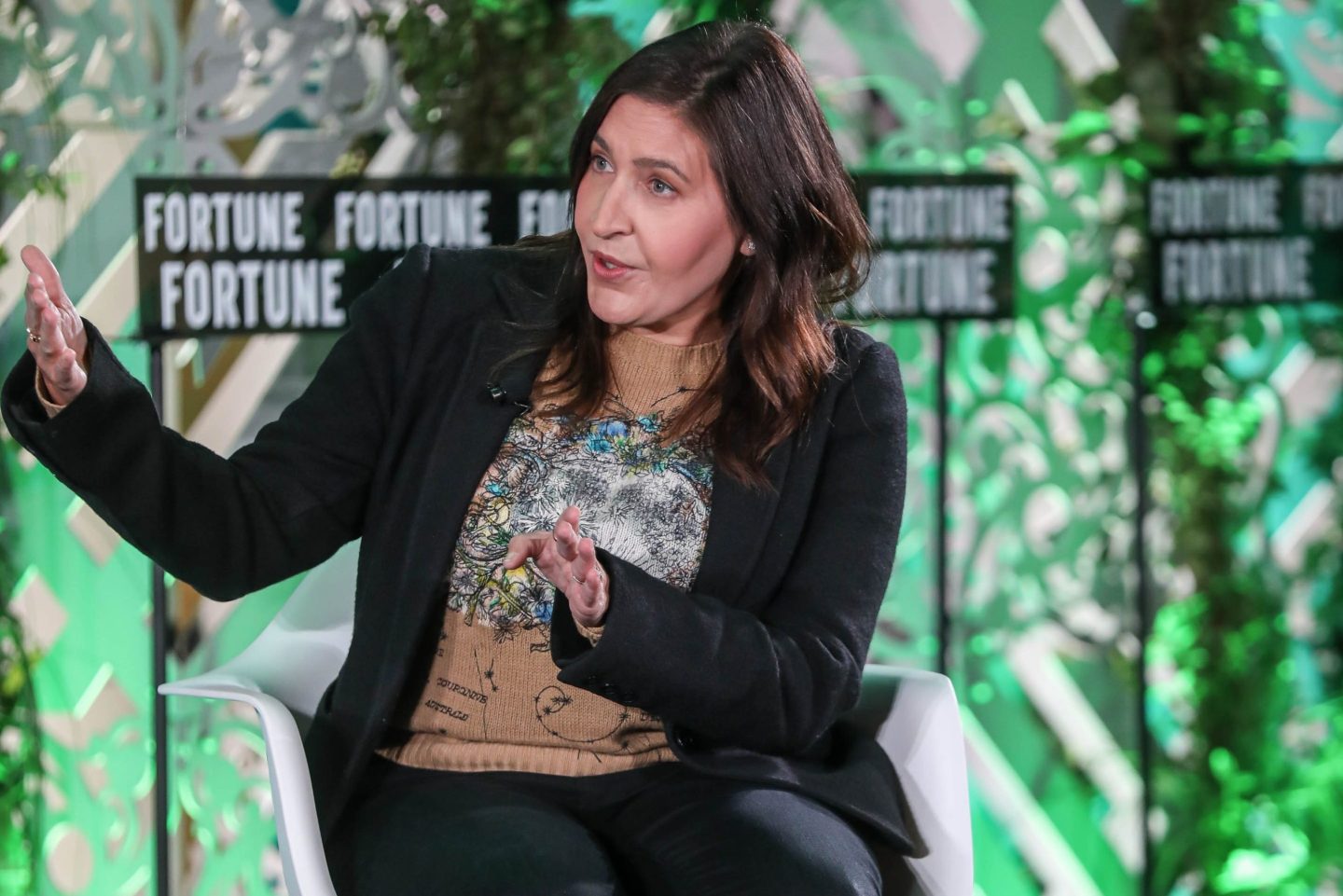 Scope 3 emissions disclosures are coming to America. And rather than delaying this evolution by lobbying the SEC and Congress, U.S. companies would be better off preparing for it now, before it starts affecting their global competitiveness. That was one of the messages coming out of Fortune’s inaugural Impact Initiative, which took place this week in Atlanta, Georgia.

“The consumer doesn’t care where in the supply chain emissions occur”, Bea Perez, Chief Sustainability Officer at The Coca-Cola Company told participants during a panel discussion moderated by yours truly. “What matters is the total footprint of the bottle of Coca-Cola she holds in her hands.” It’s why the company has been working hard to reduce the emissions of its suppliers as much as its own.

But as obvious as this example sounds, the reality is that corporate America isn’t ready to disclose and reduce its so-called Scope 3 emissions—the greenhouse gasses emitted by a company’s suppliers and customers.

The problem comes from a place of ignorance—literally. When I asked an audience of mostly Chief Sustainability Officers (CSOs) at our event to estimate their company’s Scope 3 emissions, the majority of them had no idea. Those who did, including the CSOs from Walmart, General Motors, and Coca-Cola, put them at 80–95% of total emissions (but lacked confidence that these estimates were accurate).

What’s unknown, remains unloved. When the companies from the U.S. Business Roundtable (BRT) were asked for their feedback on the SEC’s Scope 3 proposals, the lack of enthusiasm was palpable. Scope 3 disclosures are “overly burdensome,” “unlikely to result in comparable, investor-useful information,” and the timeline for them is unrealistic, the group said.

At our conference, Kristina Wyatt, formerly of the SEC and one of the architects of the climate disclosures, remains unphased by that criticism. If she could redo the climate disclosures after receiving the BRT’s feedback, she said, she wouldn’t change much—if anything. There is already a lot of leeway in the SEC’s proposals, she added.

Is the BRT feedback unfounded? Going over the back-and-forth between the SEC and the BRT in detail here would take forever—for those interested, you can read the SEC’s 490 page proposal here, and the BRT’s 17 page response to it here. But what is clear to me is that even some of the most forward-thinking BRT members are still afraid of their own carbon shadow.

Walmart has been very successful in reducing its Scope 3 emissions, thanks to initiatives like Project Gigaton. Meanwhile, Coca-Cola has already achieved an estimated 25% reduction in its total per bottle CO2 emissions. But both companies did sign the BRT feedback, and Perez told me in our panel that Coca-Cola stands by that decision, as does Walmart.

Some American companies, however, do explicitly support Scope 3 disclosures. Schneider Electric, for example, have said: “We recognize how difficult tracking and measuring Scope 3 emissions can be. However, we believe it to be both best practice […] and essential.” Interestingly, both Occidental Petroleum and Chevron also support Scope 3 disclosures (in contrast to Exxon Mobil).

At the end of the day, corporate America would do well not to push back too much against Scope 3 disclosures, Peter Bakker said at the conference. As head of the World Business Council for Sustainable Development, Bakker represents “the most forward-thinking global companies committed to advancing the sustainability agenda” (including both Chevron and Walmart).

This means Bakker is tuned in to the Scope 3 discussions going on in other parts of the world. At COP27 in Egypt, which he attended, the International Sustainability Standards Board made progress with its push for global Scope 3 disclosures. These emissions are also included in upcoming European regulations, meaning U.S. companies active in Europe will soon need to start disclosing them.

All of this means that a company’s global Scope 3 footprint will become a competitive advantage or disadvantage within five years, Bakker said. As with other standards, those that don’t comply, or underperform, risk falling out of favor or being banned outright in certain markets, such as the EU. In a world where “eco-protectionism” is on the rise, that’s not a position many companies will want to find themselves in.

On the flipside, those that lead on Scope 3 may well find it an additional selling point.

Or, as I quipped to Perez: soon there could be a market for Coke “Net Zero”.

GM VP Kristen Siemen on how the world can embrace the EV revolution: ‘It’s a cultural change’
General Motors Chief Sustainability Officer Kristen Siemen said the company is on track to meet its ambitious goals of producing only zero-emission cars by 2035 and becoming completely carbon neutral by 2040. “These goals are big and bold,” Siemen acknowledged. “I think it’s really about setting those goals and making the steps every day to see how you can get there, and a lot of times you can get there faster than you anticipated.”
Fortune

Coke’s sustainably chief throws down a marker on regulations for reporting supplier emissions
In June, the Business Roundtable, a lobby composed of major CEOs—of which Coca-Cola is a member—sent a letter to the SEC asking it to revise its Scope 3 measurement requirements. Perez clarified that when Coca Cola signed the letter it wasn’t against including Scope 3 emissions per se, just against blanket requirements for all suppliers. “It’s about making sure we’re looking at fairness and consistency, and also length of time for implementation,” Perez says. “We’re absolutely for the disclosure.”
Fortune