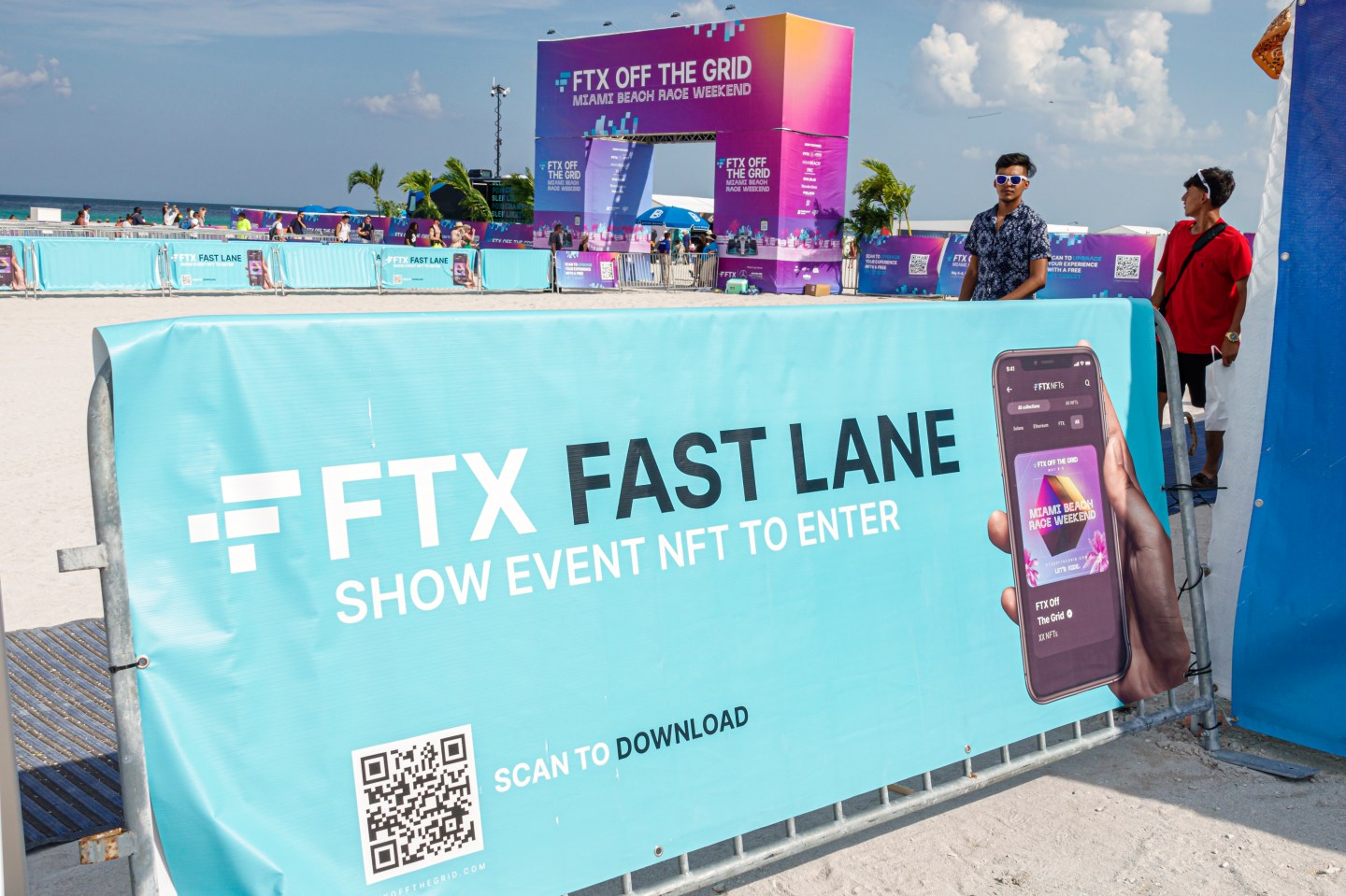 There are many victims of the FTX debacle, including retail investors who lost their shirts and above-board crypto companies suffering reputational damage from the fallout.

Venture capital firms, however, are not one of them.

In fact, short of former FTX CEO Sam Bankman-Fried and his coterie of charlatans, arguably nobody deserves more blame for the current catastrophe than Silicon Valley investors.

In the 11 days since FTX rival Binance started a run on the cryptocurrency exchange, culminating with its ignominious collapse, it’s become undeniably clear that prominent tech-minded VC outfits skipped basic due diligence and risk-mitigation steps while lavishing Bankman-Fried with $2 billion. In doing so, they facilitated FTX’s house of cards, allowing the company to build its customer base, pay for expensive marketing campaigns, and dole out billions with impunity.

A full accounting of the venture capital community’s dereliction will take time to complete, but all signs point to inexcusably irresponsible behavior by major investors.

First and foremost, the available evidence strongly suggests that FTX’s financials were an indecipherable trainwreck, which should have set off every alarm this side of the Bahamas.

“They are sales documents, and do not provide a clear accounting of how FTX was valuing its various tokens or liabilities when calculating figures such as ‘net profits,’” Beltran wrote.

Beltran’s reporting mirrors comments published last week by the New York Times from FTX’s head of product, Ramnik Arora. According to the Times, Arora bragged to a reporter in April about the company’s devil-may-care approach to convincing potential investors about its financial stability, recalling an instance when FTX executives slapped together a slide deck in a couple of hours.

While dozens of potential investors were unfazed by FTX’s sloppiness, some were rightfully taken aback. Semafor, citing a source familiar with the matter, reported Wednesday that VC titan Andreessen Horowitz passed on investing in FTX in part because its partners didn’t trust Bankman-Fried. Dennis Kelleher, co-founder and CEO of the financial reform nonprofit Better Markets, said FTX executives couldn’t answer tough questions about the company’s operations during a meeting with his organization.

“The many crypto investors, enablers and legitimizers weren’t ‘seduced’ by FTX and SBF as they now claim,” Kelleher, a staunch crypto skeptic, wrote in a statement Sunday. “They were just willing to accept whatever a billionaire with a ‘vision’ said without doing the most basic due

diligence or asking the most obvious questions if they thought it would make them rich.”

“Never in my career have I seen such a complete failure of corporate controls and such a complete absence of trustworthy financial information as occurred here,” wrote FTX’s new CEO, John J. Ray III, a lawyer who oversaw Enron’s bankruptcy.

Venture capital investors compounded their errors by allowing FTX to operate with virtually no outside oversight.

Rather than demanding seats on FTX’s board as a part of their investment, VC firms essentially ceded governance over the company to Bankman-Fried. Bloomberg reported that FTX’s board had three members: Bankman-Fried, former FTX executive Jonathan Cheeseman, and a lawyer in Antigua specializing in online gaming.

In his bankruptcy court filing Thursday, Ray wrote that “many of the companies in the FTX Group, especially those organized in Antigua and the Bahamas, did not have appropriate corporate governance.” (FTX is headquartered in the Bahamas, with affiliated corporate entities spread across the world.)

Had VCs taken spots on FTX’s board, it’s highly plausible that they would have identified what appears to be the core issue behind the company’s demise: the decision to lend billions of dollars in customer assets to an affiliated trading arm, Alameda Research, which used the money to make risky and illiquid investments.

“I hope what comes of this Enron-like moment in crypto is that whatever loose norms there were about not giving that level of oversight and governance as part of investing goes away immediately,” David Pakman, managing partner of the blockchain-focused investment firm CoinFund, told TechCrunch.

Some VC firms have claimed they conducted extensive due diligence, chalking up FTX’s collapse to the risk-reward nature of venture capital (see: Sequoia Capital, Temasek). Yet such statements defy the mounting evidence that venture capital failed from start to finish, making it more of an enabler than a victim of FTX.

At an impasse. Gamers in China will lose access to Blizzard Entertainment titles, including World of Warcraft and Diablo, after the company opted against renewing a licensing agreement with longtime partner NetEase, the Associated Press reported. The break-up ends a 14-year partnership that allowed Blizzard to sell games to Chinese customers and comply with regulations set by the republic’s government. The two sides had been negotiating over financial and data-sharing terms of their agreement, which is set to expire in January 2023.

Outlook still cloudy. Amazon Web Services is extending a hiring freeze into the first quarter of 2023 and asking managers to cull low-performing employees on overstaffed teams, a source with knowledge of the situation told Fortune. The cost-cutting steps follow AWS posting its slowest quarter of revenue growth on record, largely due to businesses slowing spending amid global economic uncertainty. AWS leaders are not expected to order layoffs.

Getting its affairs in order. Cryptocurrency lender BlockFi plans to file for bankruptcy within days, the latest collateral damage from FTX’s demise, Bloomberg reported Wednesday. BlockFi, which reported holding nearly $4 billion in client assets this summer, halted withdrawals and new loans this week amid the fallout from FTX. BlockFi obtained a $400 million revolving line of credit from FTX in July and lent the crypto exchange’s trading arm an unspecified amount of money.

Downcast in Dublin. Silicon Valley isn’t the only tech hub feeling the effects of industry layoffs. The Financial Times reported Thursday that the Irish capital of Dublin, a region that went all-in on high-tech jobs, could see a significant dent in its workforce following cutbacks at Meta, Twitter, Stripe, and other companies. Similar to its California counterpart, Dublin saw an employment and housing boom fueled in recent years by an influx of high-tech corporations, many of which made Ireland into their European headquarters. However, some local officials and analysts say the onset of widespread layoffs illustrate the need for diversifying Dublin’s economy.

The short-term hit will mean hundreds of jobs are lost in Ireland. Yet some here believe less reliance on the industry may be no bad thing for a country sometimes dubbed Europe’s “Silicon Valley”.

“Ireland really bet the farm on the future of tech . . . almost at the expense of everything else,” said Mark O’Connell, executive chair and founder of OCO Global, a trade and investment focused advisory firm. “It’s not pleasant for people who are losing their jobs . . . but for other sectors that have been eclipsed by this, I think it can be maybe a good rebalancing.”

The founder of FTX is unraveling before our eyes, and it’s not pretty, by Jeff John Roberts

A crypto security CEO did business with Sam Bankman-Fried and sent a team to the Bahamas. He was shocked by the lack of interest in security controls and FTX’s grand ideas: ‘Maybe we’ll buy Goldman Sachs’, by Shawn Tully

3 reasons why the huge tech layoffs don’t mean a recession is around the corner, Goldman says, by Prarthana Prakash

Elon Musk has picked a successor as Tesla CEO: Here are the top candidates for the top job, by Christiaan Hetzner

Elon Musk says he’ll replace himself as Twitter CEO ‘over time’ as he defends $55 billion Tesla pay package, by Randall Chase and the Associated Press

Musk’s rash firings show ‘he’s not really in control of what’s important’ and the threat of bankruptcy is credible, ex-Twitter chairman says, by Bloomberg

Trump may have declared his 2024 presidential bid, but Facebook is still banning him, by David Klepper and the Associated Press

The ultimate superhost. Looking for a place to crash in the Castro? Try the private, sun-lit bedroom in the San Francisco house of Airbnb founder Brian Chesky. In a bit of money-where-his-mouth-is marketing, the leader of the vacation rental company has started advertising a guest suite in his home, Fortune’s Sophie Mellor reported Thursday. Chesky’s announcement came as part of Airbnb’s unveiling of new tools designed to make it easier for homeowners to rent out their pads on the app, which now boasts about 4 million hosts worldwide. In his bid to serve as a welcoming host, Chesky offered to make guests homemade cookies, take walks with them in nearby parks, or bring them to the gym. He did, however, issue one clear rule for guests: must be dog-friendly.