Trump may have declared his 2024 presidential bid, but Facebook is still banning him 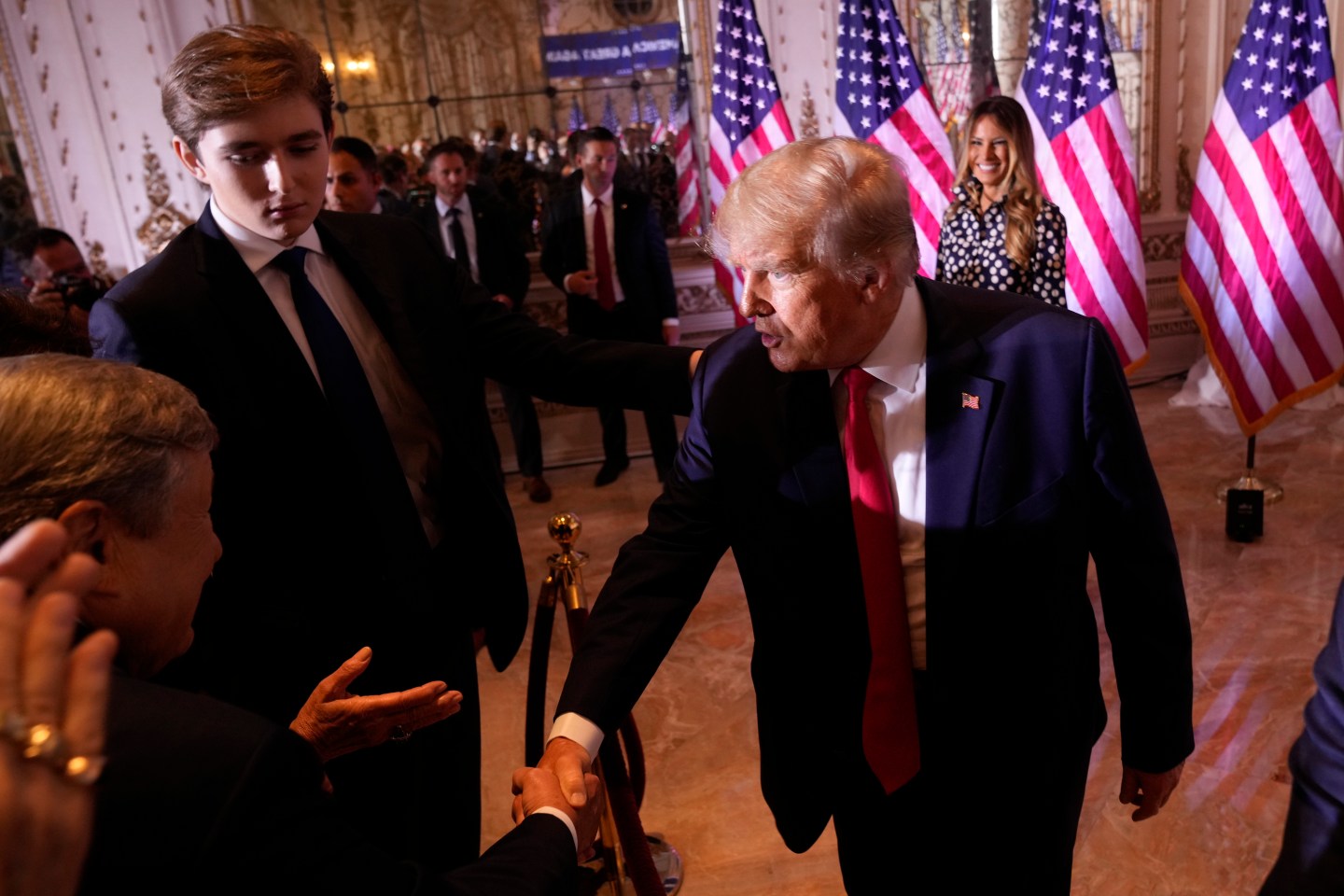 Former President Donald Trump greets people after announcing he is running for president for the third time as he speaks at Mar-a-Lago in Palm Beach, Nov. 15, 2022.
Andrew Harnik—AP

Donald Trump may be running for president, but he still can’t use Facebook.

The social media platform has no plans to reinstate Trump’s account following the former president’s announcement that he will seek a second term in the White House, the company confirmed Wednesday. Trump was kicked off Facebook following the Jan. 6, 2021, attack on the U.S. Capitol.

Trump may not have to wait long to get back on the site, however. His suspension from Facebook is set to be reconsidered in January, two years after it was first imposed.

One change will be immediate: As a candidate, Trump will no longer be subject to Facebook fact checks. That’s because under Facebook rules, comments by elected officials and candidates for office aren’t subject to fact checks on its site. The Associated Press participates in Facebook’s independent fact-checking program.

Throughout his tenure as president, Trump’s use of social media posed a significant challenge to major social media platforms trying to balance the public’s need to hear from their elected leaders with worries about misinformation, harassment and incitement of violence.

YouTube spokeswoman Ivy Choi said Wednesday the company had no plans to lift the suspension.

Twitter’s new owner, Elon Musk, has said he disagreed with the platform’s decision to bar Trump following the Jan. 6 attack. Musk said no announcement about reinstating banned users will be made until a content moderation council has reviewed the issue

Twitter did not respond to questions about whether Trump’s candidacy will impact the decision. Since his suspension, Trump has started his own social media platform, TruthSocial, and said he has no plans to rejoin Twitter if allowed.

The platforms would be justified if they extend their restrictions on Trump or make them permanent, said Heidi Beirich, founder of the Global Project Against Hate and Extremism and a member of the Real Facebook Oversight Board, a group that has criticized Meta’s response to extremist content and misinformation.

“The big problem is treating candidates as if they’re in a special category and deserve special treatment,” Beirich said. “If you have a set of rules, it should apply to everyone. The decision shouldn’t be a struggle.”

Facebook initially placed a 24-hour suspension on Trump’s account on Jan. 6 after he praised the rioters who stormed the Capitol. Facebook creator and CEO Mark Zuckerberg announced an indefinite suspension on Jan. 7, adding that “the risks of allowing the President to continue to use our service during this period are simply too great.”

The company’s quasi-independent oversight board upheld the ban but directed Facebook to set a time limit. The ban is now set to expire Jan. 7, 2023.