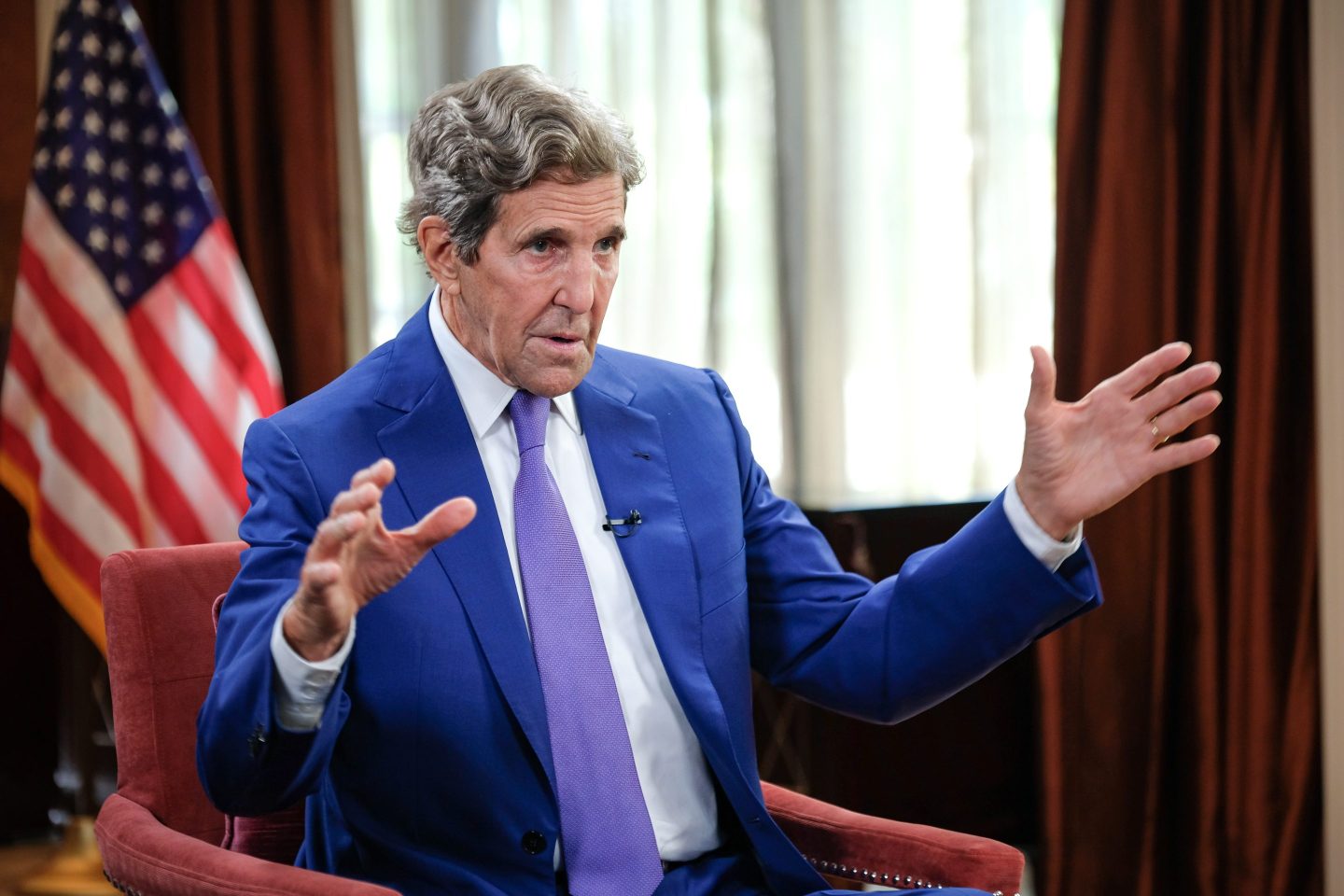 Can the U.S. put a price on carbon emissions without imposing a tax or regulatory scheme? That seems to be the idea that President Joe Biden’s climate envoy John Kerry is floating at COP27 talks in Egypt this week. And some major companies are interested in the concept.

Economists have long argued that a carbon tax is the most efficient route to cleaning up the climate. That takes the “externality” of climate emissions and makes them internal, but also gives companies flexibility to reduce emissions in ways that make the most economic sense.

But a carbon tax is a non-starter in the U.S. Congress has put it off the table. And even companies that favor climate efforts worry a tax would simply create a pile of government revenue to be used for other purposes.

Enter Kerry, who according to reports is “discussing a framework” that would allow companies to buy “high-quality carbon credits” to meet their net zero goals and use the money to accelerate the clean energy transition in developing countries. Many companies already purchase so-called “offsets”—from organizations that plant trees, for instance—to help meet climate goals. But the process is opaque, and it’s not always clear that the money spent is actually accelerating the climate transition. If Kerry’s “framework” can guarantee that money spent on offsets actually goes to projects that promote progress toward net zero, it could be embraced by governments and companies alike.

So watch this space. With Republicans slated to gain seats in Congress in today’s U.S. elections, further climate legislation is dead. But with most Fortune 500 companies having now adopted net zero targets—and with many of them still unclear on how to meet them—a voluntary scheme that produces high-quality “offsets” could gain traction.

More from COP27 here. Other news below. And check out Simon Willis’s story on how electric truck-maker Rivian went from IPO darling to disaster in one year’s time.

A bunch of Cypriot PwC partners have broken away from the mothership so they can keep raking in the rubles. The Big Four auditor has refused to service Russian clients since just after the Ukraine invasion in February. But there’s a lot of Russian business in Cyprus, hence the splintering off of what is now a boutique firm called Kiteserve. Around half the new firm’s clients have Russian links, though it claims this will reduce over time. Financial Times

U.S. federal prosecutors have applied for the forfeiture of over $1 billion in Bitcoin that was stolen from the underground site Silk Road in 2012 by a man named James Zhong. When the IRS seized the virtual coins a year ago, they were worth over $3 billion, but the intervening period has not been good to Bitcoin. Silk Road was a drug and money-laundering marketplace that got shut down in 2013, with creator Ross Ulbricht being sent away for life. Reuters

MoviePass’s former chairman Ted Farnsworth has been arrested as he and former CEO face criminal fraud charges, by Sheryl Estrada and Jessica Mathews

What Elon Musk could learn from Stripe about properly conducting layoffs after chaotic Twitter culling, by Paige McGlauflin

Bank of America CEO defends stakeholder capitalism amid political backlash: ‘The world has told us what they want from us’, by Lucy Brewster

Powerball’s $1.9 billion jackpot is so big the drawing has been delayed because one state couldn’t process sales in time, by Associated Press