Bank of America CEO defends stakeholder capitalism amid political backlash: ‘The world has told us what they want from us’ 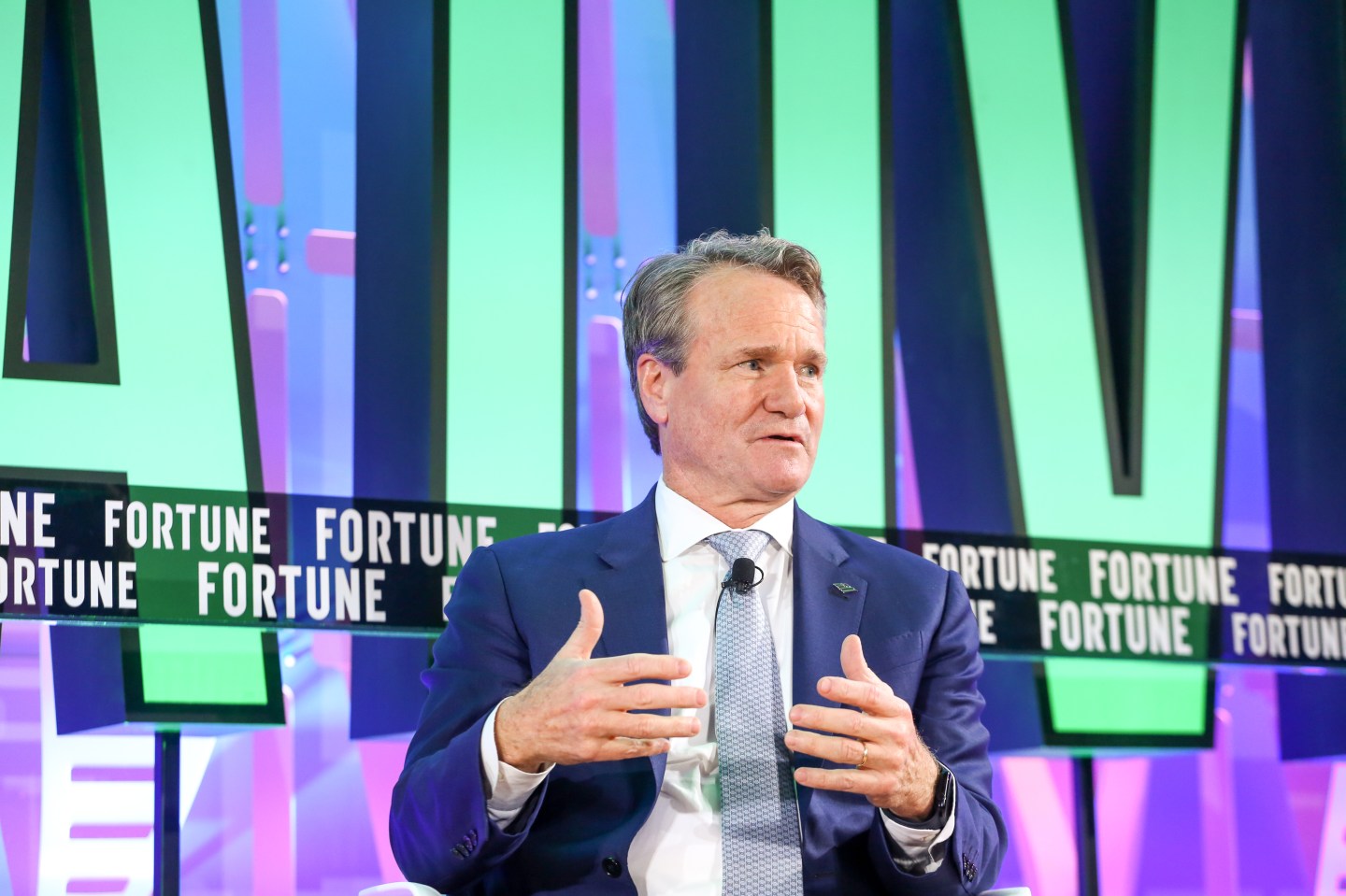 Can companies reap in profits while aligning their business goals with sustainability targets? According to Bank of America CEO Brian Moynihan, the answer is not only that they can, but they should. Moynihan addressed how Bank of America is enacting “stakeholder capitalism” while speaking at Fortune’s CEO Initiative in Palm Beach last week.

“The world has told us what they want from all of us in development—that’s sustainable development goals,” said Moynihan on Nov. 2, explaining that there is a sizable demand among investors for companies that support the renewable energy transition.

Yet Moynihan also pointed to an ideological reason that businesses should embrace stakeholder capitalism: showing the world that companies can work positively for the general public. Moynihan said that businesses have the responsibility to prove that the capitalist system can address the world’s issues more effectively than government and nonprofits.

“If [the private sector] does not drive good development, it won’t happen, and the question of whether capitalism is the right system gets called into question,” Moynihan said.

Corporate efforts to align with sustainability and equity goals have also triggered a flurry of criticism from those who argue that businesses should focus only on profit, not social issues. Moynihan outlined his approach to defending his business from accusations that he is not a true capitalist. He explained that to him, stakeholder capitalism is simply the practice of delivering results for the company’s customers, employees, shareholders, and the larger community.

“This is about driving those four constituents in a way that aligns capitalism to what society needs from us,” Moynihan said. “So that people see the value of capitalism.”

In response to the question of when a CEO should speak out about social issues, Moynihan told CEOs in the audience that it is crucial to have a diligent and thoughtful process for deciding when a social issue is integral to a company’s team and mission, stressing to use the power of rhetoric judiciously. Citing when he spoke out publicly against North Carolina’s controversial “bathroom bill” that targeted transgender people, Moynihan said he believed it was the right thing to do, and the decision to address the policy was made because of Bank of America employees refusing to go to the company’s offices in Charlotte out of discomfort with the state’s policies. “It was driven by practicality,” he said.

In order for stakeholder capitalism to be widely adopted in the business world effectively, Moynihan advocated for a simple, uniform system to measure the progress of how a company is meeting sustainability commitments.

“The reason why you need metrics is so society can see we’re making progress,” he said, also telling the audience that he doesn’t see businesses reversing course on their sustainability initiatives at all, even with tightening budget sheets during a recession. “I don’t see people backing off that because they made a commitment on the fundamental basis of belief about what has to get done.”