Powerball’s $1.9 billion jackpot is so big the drawing has been delayed because one state couldn’t process sales in time 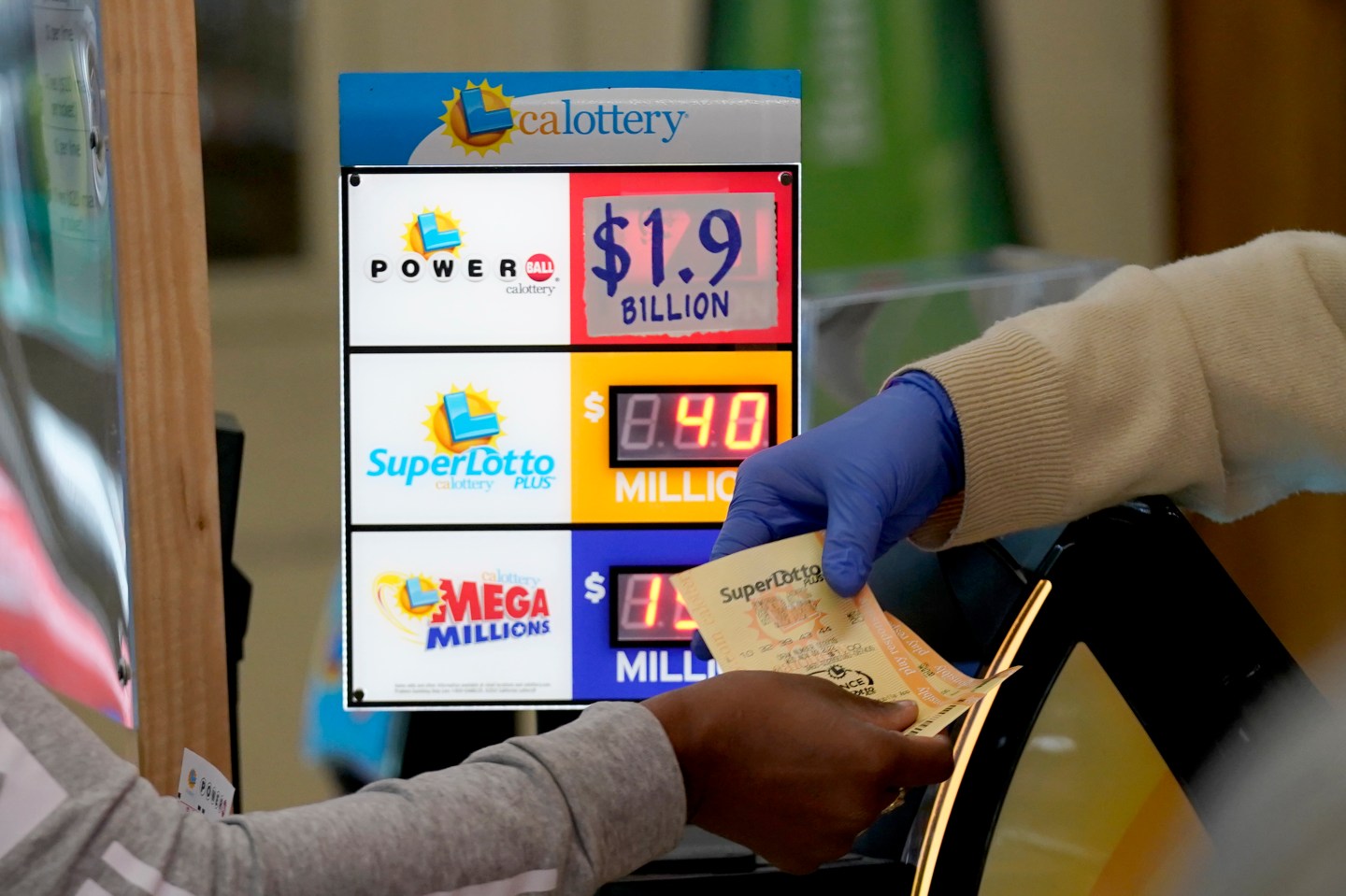 “Powerball requires all 48 participating lotteries to submit their sales and play data prior to the winning numbers being selected. Once Powerball receives the outstanding submission, the drawing can proceed,” the lottery said in a statement to The Associated Press.

Nearly three hours after the scheduled 10:59 p.m. EST drawing, the association told the AP, “It’s against our policy to name the lottery that is experiencing the delay.”

The winning numbers and recorded video of the drawing will be posted to the Powerball website and YouTube channel. Players should hold onto their tickets, the statement said.

The jackpot is nearly $400 million larger than the previous record jackpot and will keep growing until someone wins the prize. Only four previous jackpots have topped $1 billion, but none of those are close to the current prize, which started at $20 million back on Aug. 6 and over three winless months has grown ever more massive. No one has won the jackpot since Aug. 3.

A winner who chooses an annuity, paid annually over 29 years, would get the estimated $1.9 billion payout. Nearly all winners instead opt for cash, which for Monday’s drawing would be $929.1 million.

Even as more people attracted by the giant prize drop $2 on a Powerball ticket, the game’s ultra-long odds of 1 in 292.2 million means there still is a good chance that another drawing will pass without anyone winning the grand prize. That would push the jackpot for Wednesday’s drawing to more than $2 billion.

Those who spend $2 on a Powerball ticket might wonder if something is wrong when 40 drawings pass without a jackpot winner, but this is how the game is designed. With odds of 1 in 292 million, that means it’s unlikely anyone will win the prize until a growing jackpot attracts more players. And more ticket sales mean the lottery can raise more money for public programs, which is the point of the state lotteries. Still, it has been an awful long time without a jackpot, and if there isn’t a winner some time Tuesday now because of the delay, a record will have been reached: 41 draws without anyone matching all six numbers.