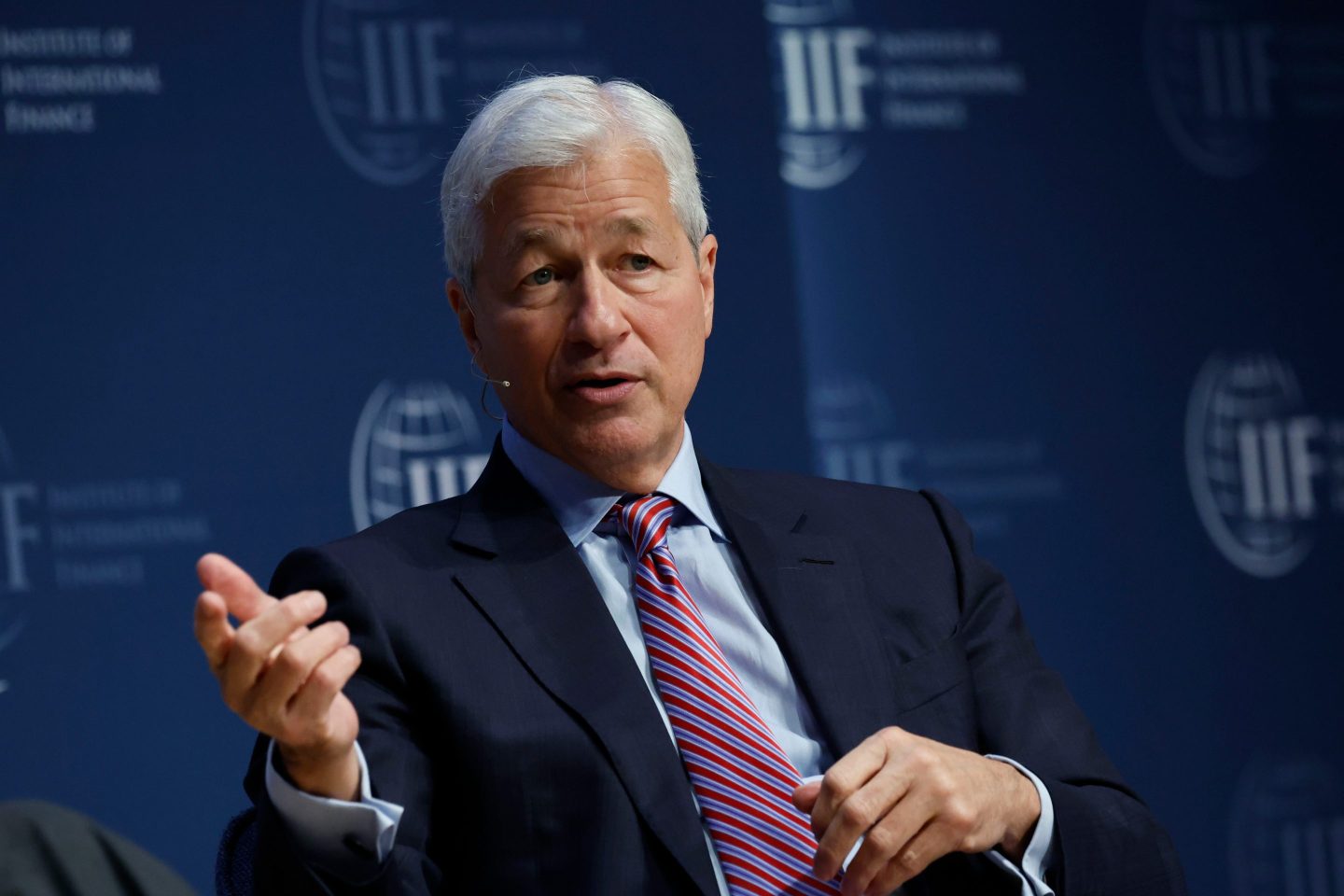 Recession fears are mounting and the warnings from investors and economists seem to be growing every day.

JPMorgan Chase CEO Jamie Dimon has been sounding the recession alarm for some time now, even giving it a timeline earlier this week. Dimon said on Monday he sees a recession coming in six to nine months. He cited the Federal Reserve’s expected interest rate hikes going into next year, the lasting effects of the pandemic, and the fallout from the war in Ukraine.

From “storm clouds” to a “hurricane,” he’s now echoing his previous concern—that it’s unlikely the U.S. economy will experience a soft landing, and that it might be unable to avoid a recession at this point.

“I don’t know if it could be a soft landing—I don’t think so, but it might,” Dimon said at a conference in Washington D.C. on Thursday, according to Bloomberg.

The market has already seen a steep decline this year.

In an attempt to lower inflation to its 2% target, the Fed has raised interest rates five times this year. The last three hikes were all by 75 basis points—raising the benchmark federal funds rate to 3% to 3.25%, the highest it’s been since 2008. Dimon said his “gut” is telling him that the Fed’s benchmark rate could increase to 4% to 4.5%, as inflation remains stubbornly high.

He’s not alone in his prediction. Other economists, including Allianz chief economic adviser Mohamed El-Erian and former Treasury Secretary Larry Summers, have said it’s unlikely the U.S. will avoid a hard landing. Last month, Summers said a hard landing was “substantially more likely” than a soft landing. He suspects if inflation were to come down in the next two to three years it’d be in the context of recession. El-Erian said the probability of a recession is “uncomfortably high,” blaming the Fed for its late response.

Some economists and investors suggest the Fed’s rate hikes are pushing the U.S. into a recession. Jay Hatfield, CEO of Infrastructure Capital Management, told Fortune last month that he believes the Fed is “making yet another policy mistake” and that there is a risk to the economy if the Fed overtightens without giving it time to adjust. Economist William Spriggs told Fortune that if the Fed continues to raise interest rates aggressively, it’ll push the U.S. into a recession and millions of people will lose their jobs.

Dimon, on the other hand, said he has “total faith and trust” in Federal Reserve Chair Jerome Powell.