‘It didn’t need to be like this’: Top economist Mohamed El-Erian says the Fed was too slow responding to inflation and now the risk of a recession is ‘uncomfortably high’ 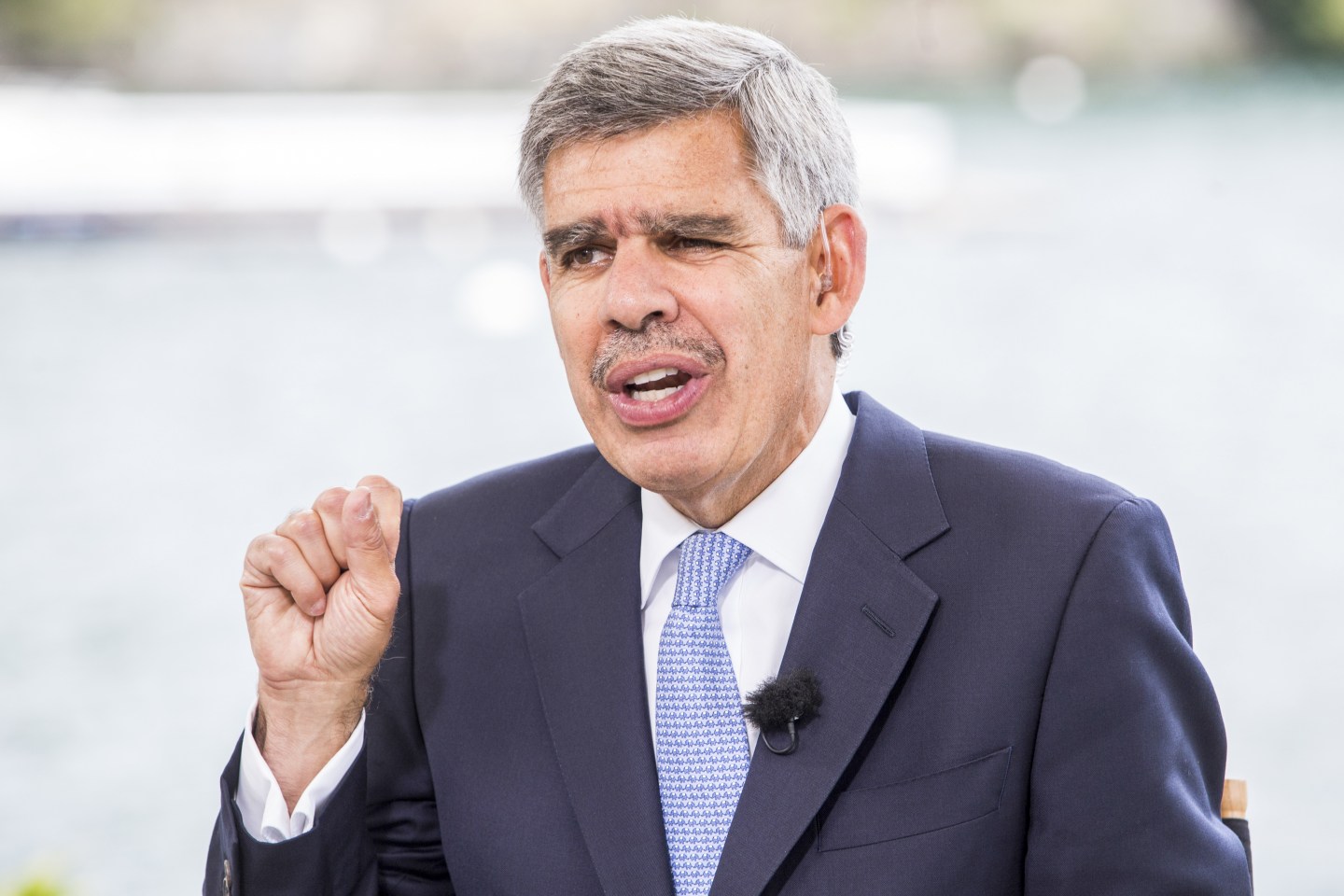 Mohamed El-Erian blames the Fed for a recession that didn’t need to happen.
Giulio Napolitano—Bloomberg/Getty Images

The U.S. economy may be edging closer to a completely unnecessary recession, according to one top economist, and it’s the Federal Reserve’s fault.

The Fed has responded to sky-high U.S. inflation with a series of aggressive interest rate hikes to slow down the economy, beginning in late March. But in doing so, the odds of an economic downturn hitting the U.S. have also been creeping upwards, with bankers and economists alike saying that a recession within the next year is now a likely outcome.

Recessions aren’t fun. Inflation might come down, but it would also mean lost jobs and less economic activity overall. And the worst thing about the possible upcoming recession might be that it could have been avoided had the Federal Reserve acted sooner, according to Mohamed El-Erian, president of Queens’ College at Cambridge University and chief economic adviser at Allianz.

“The probability [of a recession] is uncomfortably high. And it’s tragic, because it didn’t need to be like this,” El-Erian told New York Magazine’s Intelligencer in an interview published Wednesday.

He argued that, inflation pressures aside, the economy is still in relatively good shape overall. But mismanagement of the situation and a late response from the Federal Reserve, he says, means a recession that shouldn’t really be happening is now virtually assured.

By many metrics, today’s economy doesn’t feel like one poised for a downturn.

A strong labor market, active consumer spending, and robust company balance sheets suggest that a recession is not a foregone conclusion, El-Erian said. But a series of critical mistakes from the Federal Reserve have rewritten the U.S. economy’s outlook.

“We should not be looking at this uncomfortable probability of a recession. But there’s a reason why we’re looking at it. And that is a Federal Reserve that is scrambling to play catch-up,” he said.

The Fed began raising interest rates to tame inflation in the spring of this year, the first time it had done so since slashing them to zero in the early days of the pandemic. When inflation began creeping higher in 2021, Federal Reserve Chair Jerome Powell insisted that it was only “transitory” and that high prices would soon wane on their own.

In December of last year, El-Erian criticized the Fed’s decision to characterize inflation as transitory as the “worst inflation call in the history of the Federal Reserve, and it results in a high probability of a policy mistake.”

The central bank is now trying to make up for lost time by raising rates to their highest level in 14 years, with more hikes likely on the way. But it might be too little, too late according to El-Erian.

“The Fed is trying to regain its credibility,” El-Erian told Intelligencer. “It risks what is probably one of the biggest policy mistakes it has made, which is slamming on the brakes now as the economy slows down—and that’s what risks tipping us into recession.”

El-Erian told Intelligencer that the risks of a U.S. recession are now “uncomfortably high” because of the Fed’s actions. Last month, the economist told Fortune that the odds of a soft landing—wherein inflation subsides without having leaving a significant toll on economic activity—are “uncomfortably low.”

However, the next U.S. recession won’t hit before 2023, El-Erian said, citing the momentum of the strong labor market, and is unlikely to be comparable to the long and severe 2008 recession, as long as the Fed can avoid making “more policy mistakes.”

El-Erian said that there is even a good chance the next recession could be a “very short and shallow” one if the government invests in the structural reforms necessary to return economic productivity to pre-pandemic levels, and if the Fed pays more attention to how its decisions affect the economy in the near term.

One thing El-Erian does not expect the Fed to do is to stop raising interest rates, despite recent pleas from the UN and other international organizations to do so, citing the adverse consequences U.S. monetary tightening has on the global economy.

El-Erian said it is important for the Fed to regain its credibility, and changing course on interest rates could lead to an entrenched expectation of inflation. That, combined with an economic downturn would lead to 1970s-style stagflation, an even worse outcome for the global economy.

“If people start believing that, they will behave in such a way that will produce prolonged stagflation,” El-Erian said. “So if you were to tell me, ‘Well, the Fed should just stop, because the economy’s slowing very quickly,’ I’ll tell you that the consequences of that are worse than the consequences of the Fed continuing.”