Top economist Mohamed El-Erian says the odds of a ‘soft landing’ for the U.S. economy are now ‘uncomfortably low’ as 3 major economies face a reckoning 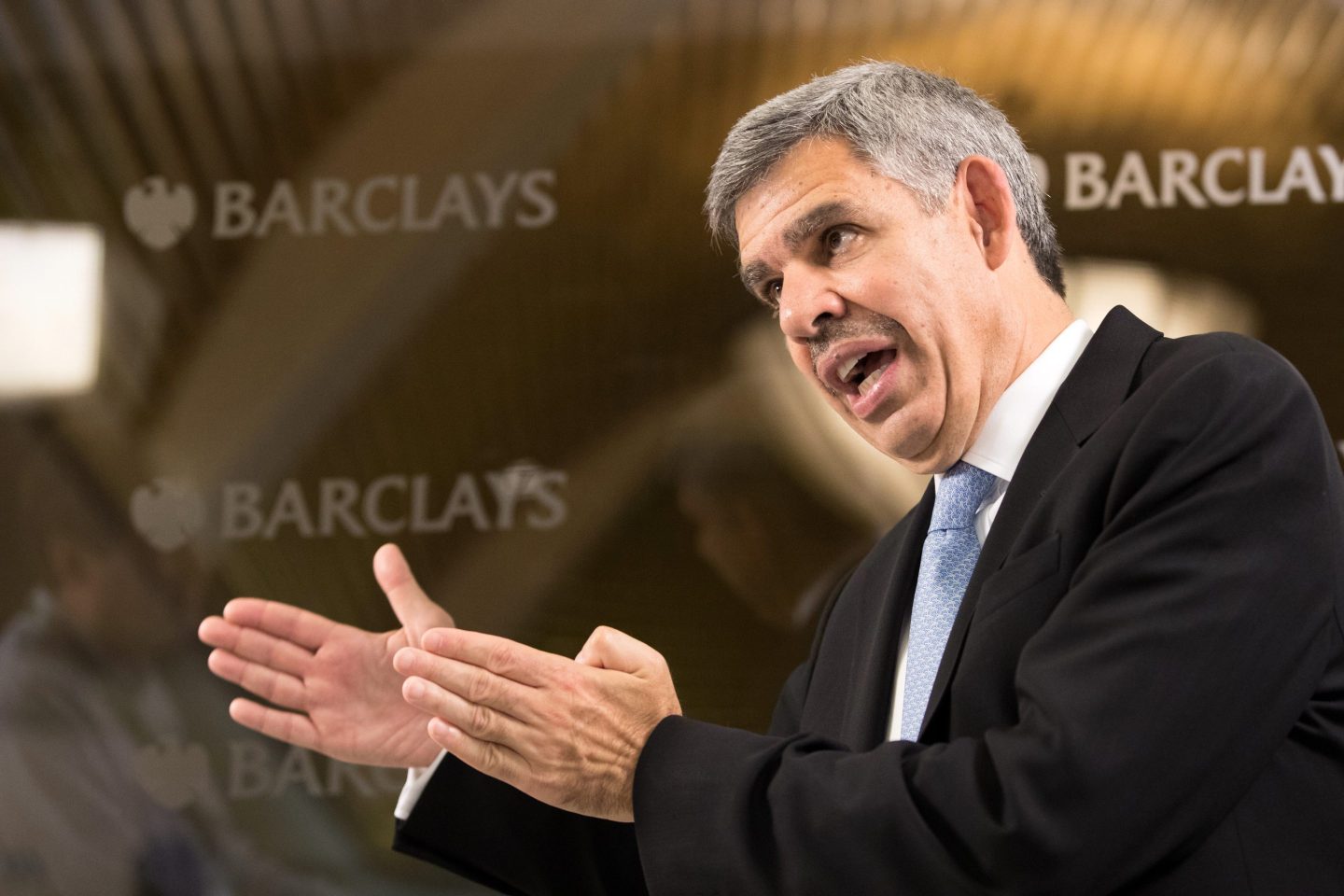 Mohamed El-Erian has spent the past two years criticizing the Federal Reserve for what he calls a series of missteps that have put the U.S. economy in a no-win scenario.

The economist says that by downplaying inflation as “transitory” and maintaining near-zero interest rates even after the economy recovered from the pandemic, the Fed has let price increases become entrenched.

This has left Fed Chair Jerome Powell in a “damned if you do, and damned if you don’t” situation, El-Erian, who is president of Queens’ College at Cambridge University and chief economic advisor at Allianz, argued in a CNN op-ed on Wednesday.

The Fed can either continue raising interest rates to fight inflation, even as the economy slows, thereby increasing the odds of an outright recession. Or, it can choose to ease its fight against inflation in hopes of avoiding a recession, raising the chances that consumers are stuck with higher prices for the foreseeable future.

In either scenario, El-Erian argues there will be “significant collateral damage and unintended adverse consequences” for the public.

And he isn’t the only Wall Street veteran to claim the Fed is playing catch-up after making mistakes last year.

“The Fed was late to recognize inflation, late to start raising interest rates, and late to start unwinding bond purchases. They’ve been playing catch-up ever since. And they’re not done yet,” Greg McBride, Bankrate’s chief financial analyst, told Fortune.

All of this means that the likelihood of the U.S. economy avoiding a recession is falling fast, El-Erian said.

“Unfortunately the probability of a ‘soft landing’ — that is, reducing inflation without much damage to growth — has become uncomfortably low,” he told Fortune.

Backing up El-Erian’s point, Morning Consult’s chief economist, John Leer, noted that Fed officials this week “significantly increased” their projections for inflation and unemployment over the next two years, while simultaneously lowering their economic growth forecasts.

“Even the Fed is growing less confident in its ability to achieve a soft landing,” he told Fortune.

El-Erian’s argument for why the U.S. economy is unlikely to achieve a soft landing is based not only on the Fed’s need to raise interest rates aggressively to combat inflation, but also on the idea that the entire global economy is experiencing a slowdown.

He points to the fact that all three of the world’s largest economies are struggling, and developing countries like Sri Lanka and Argentina are experiencing unsustainable inflation rates.

“Among the three most systemically-important economies, Europe is facing the near-certainty of a recession, China is growing well below historical averages, and the U.S. risks being tipped into recession by a late Federal Reserve. This is likely to add fuel to the little fires already burning in some developing countries,” El-Erian told Fortune.

To his point, Europe’s energy crisis has deteriorated in recent weeks, leading Deutsche Bank to argue the bloc is now headed for a severe recession.

And at the same time, investment banks have repeatedly slashed their forecasts for economic growth in China, as the country copes with a property crisis while its zero-COVID policies continue to shutter factories and hinder consumer spending.

On top of that, China faced a record heatwave over the summer and is still dealing with a drought that has crippled its supply chains.

Growth isn’t just falling in China and Europe, however. Economists at major institutions like the World Bank and Bank of America have cut their forecasts for global economic growth substantially in recent months.

And sinking growth in every major economy coupled with central banks simultaneously raising interest rates is a recipe for disaster, according to El-Erian.

The economist’s comments echo statements made by World Bank Vice President Ayhan Kose earlier this week after the organization released a new study about the rising potential for a global recession.

Kose argued that because central banks worldwide are hiking interest rates simultaneously, the effects could be “mutually compounding.” That means a “global growth slowdown” is all but guaranteed, and a “global recession” is a growing possibility.