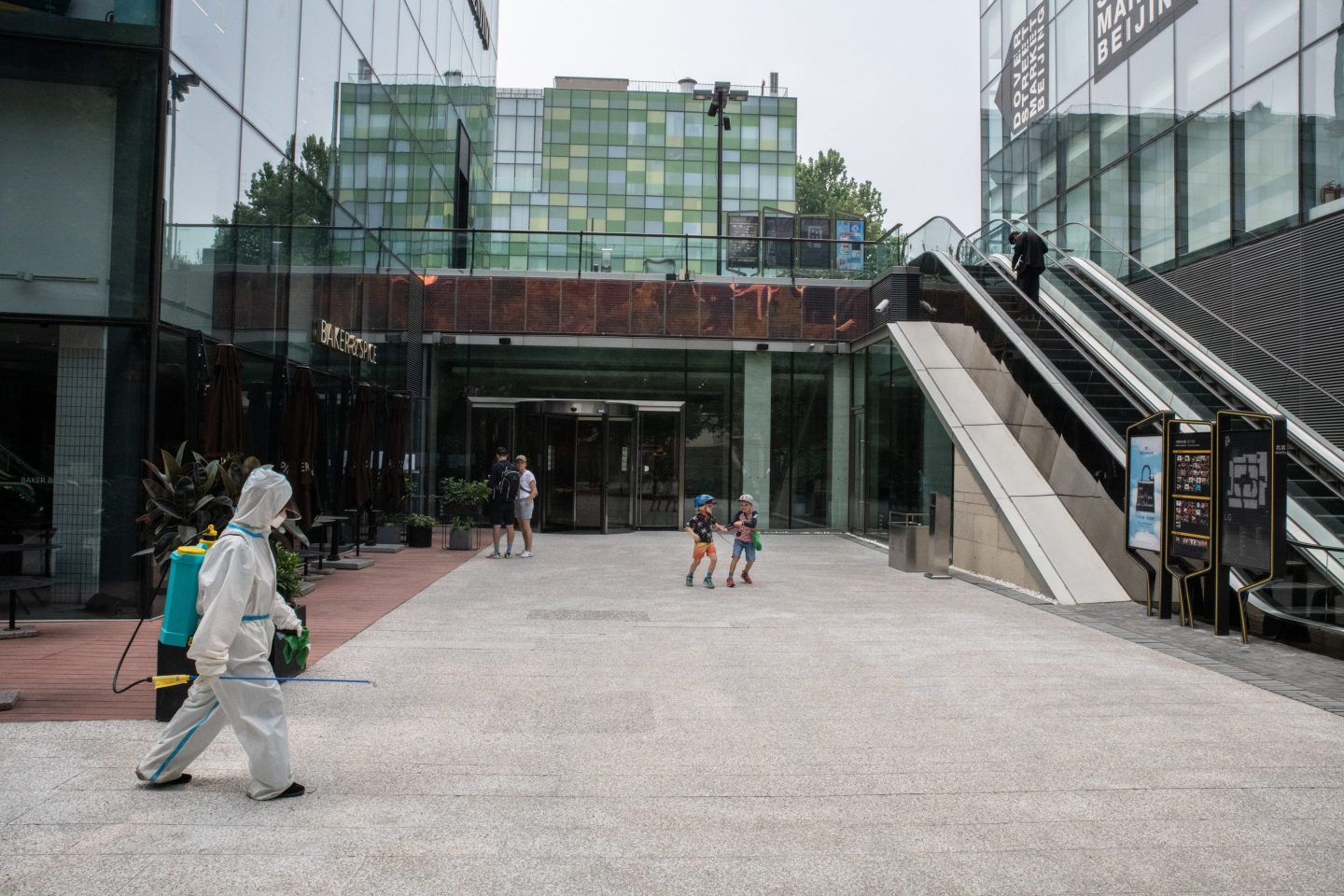 A worker disinfect a street outside a mall the day it reopened, in Beijing, China, on Sunday, June 19, 2022.
Bloomberg/Getty Images

The environment for foreign business and China is at its most precarious point in years due to China’s harsh COVID zero policies and the government’s “inward turn” since the beginning of the pandemic, the European Chamber of Commerce in China warned in a new position paper published on Wednesday.

“Although Europe and China already sit at opposite ends of a shared continent, it seems they are drifting further and further apart,” EUCCC president Jörg Wuttke wrote in the group’s annual position paper. “European companies are still eager to contribute to China’s economic development, but investment into the country is unlikely to increase while China keeps its doors closed and companies perceive political, economic and reputational risks to be mounting.”

The chamber, which represents 1,800 member companies operating in China, wrote that five key factors contributed to China’s worsening business environment. The first was that the Chinese government’s policymaking had become more “ad hoc” and less predictable as reforms of China’s state-owned enterprises stalled.

The government also cited COVID zero, which includes regular lockdowns and strict border restrictions, as well as a consequent lack of people-to-people exchanges between Europe and China, as reasons for falling European investment into China. In 2020, EU investment into China fell 11.8% compared to 2019, the report said.

“In the past, China would have confronted these challenges with the same kind of pragmatism that accelerated so much of its development over the decades,” the report said. However, the report added, the scale of China’s economic issues amid COVID zero has become difficult to surmount. Plus, it said, China’s government appears to be undergoing a reactionary shift as it becomes increasingly closed

“China’s move away from the rest of the world… indicates that, at the moment, ideology is trumping the economy,” the paper said.

The chamber also said that companies are getting caught in the crosshairs of China’s “increasingly politicized” atmosphere over issues such as China’s alleged human rights abuses in Xinjiang and Beijing’s political crackdown in Hong Kong. Companies report that supply chains in China have also become less reliable amid pandemic-related complications and new legislation in the U.S. and Europe.

Ultimately, European companies report that they are considering the existential risk of doing business in China, a possibility that was made more clear after Russia’s invasion of Ukraine and potential parallels with Beijing’s relationship with Taiwan. One-third of European companies in China said that Russia’s war in Ukraine made China a “less attractive investment destination” because it pushed them to seriously consider the possibility that Beijing could invade Taiwan, according to the chamber’s April flash survey.

In Wednesday’s report, the chamber issued 967 recommendations to China’s government that would help China once again become an attractive destination for foreign business. Most importantly, China needs to open up its economy to the rest of the world and loosen the reins on the private sector, according to the report.

“Focusing on comprehensive reform and opening up would be the most effective way for China to quickly rebuild investor confidence,” the report said.