Enjoy cheap gas while you can because oil prices will be above $100 per barrel in 2023, Bank of America says 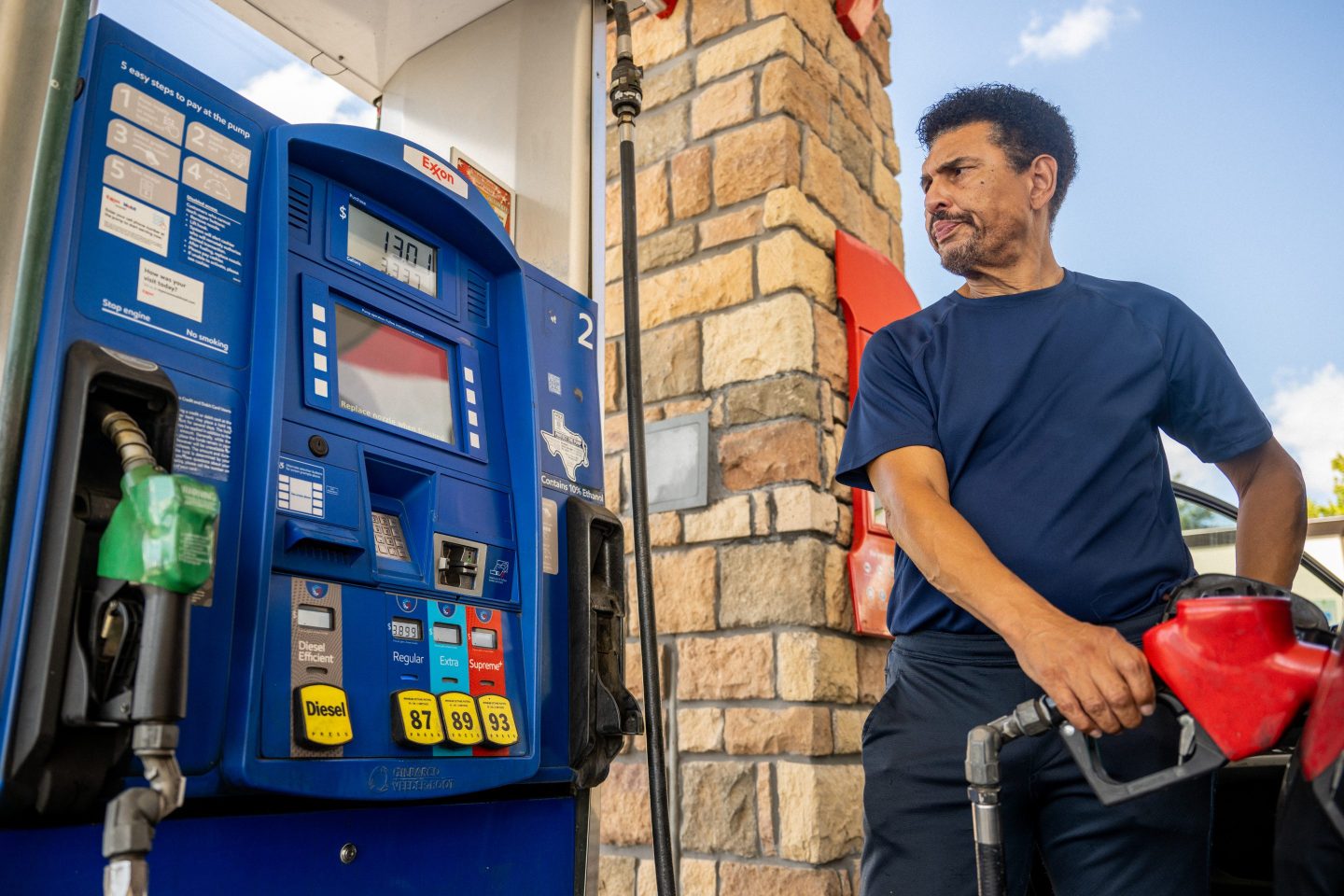 A customer pumps gas at an Exxon station in Houston.
Brandon Bell—Getty Images

Gasoline prices have now declined for 14 straight weeks after hitting a record high of $5.01 per gallon on June 14.

On Monday, a gallon of regular gas averaged just $3.67 nationwide, according to the American Automobile Association.

However, prices are still up roughly 15% compared with a year ago, and even as the Biden administration celebrates the recent relief for American drivers, Bank of America warns that the recent decline in gas prices may be over.

The investment bank’s analysts believe oil prices will top $100 per barrel by the end of the year and remain there throughout 2023, leading to more tough times for consumers at the gas pump. On Monday, Brent crude, the international benchmark, traded at $91 per barrel after sinking to $88 earlier this month.

“We do not expect a major pullback in oil prices,” a Bank of America team led by commodity and derivatives strategist Francisco Blanch, wrote in a Friday research report. “Broad-based inflation in the U.S. and elsewhere will likely lift the floor on oil prices, as signaled by OPEC and the U.S. government in the past two weeks.”

Bank of America’s argument is based on the idea that demand for oil in Asia has been suppressed in 2022 amid COVID-19 lockdowns and a record heat wave in China that has shuttered factories, but it’s set to rebound next year, and prices should move with it.

Oil demand in China is on pace to shrink 2.7% this year, its first decline since 2002, according to data from the IEA.

“One factor that could easily drive oil prices a lot higher over the coming months is the reopening of Asia,” the Bank of America team wrote. “In fact, heading into 2023, we project Asian oil demand to account for 86% of global growth compared to just 19% in 2022.”

On top of the rising demand for oil in Asia, Bank of America’s analysts noted that OPEC recently agreed to cut its oil production by 100,000 barrels daily. Although this was a relatively small cut, it marks the first time in history that OPEC has cut production with oil prices above $90 per barrel, which could signal more willingness by OPEC members to make future cuts, even if oil prices remain elevated compared with historical norms.

The recent surge in natural gas and coal prices is another reason to be bullish on oil over the coming year, according to Bank of America. As Fortune previously reported, when the prices of these critical commodities rise, the utilities that generate power using them are often forced to switch to oil as their main fuel source in order to maintain profitability. And when many utilities do this all at once, it can lead to surging demand for oil.

Finally, Bank of America’s analysts said that statements from the Biden administration have given them the impression that when oil prices hit $80 per barrel, the federal government may begin refilling the Strategic Petroleum Reserve (SPR).

In March, after the war in Ukraine briefly pushed oil prices to over $139 per barrel, President Biden released 180 million barrels of oil from the U.S. strategic reserve in hopes of lowering gas prices. But now, that oil must be replaced, and Bank of America argues that when the government tries to do this, it will end up putting a floor under oil prices at a level that most Americans won’t appreciate.

Risks to the forecast

Throughout 2022, economists and analysts have repeatedly warned that this is among the most difficult periods in history to make predictions. From international political tensions to global inflation, the number of variables that can blow up even the best of forecasts is immense.

With this in mind, the Bank of America team noted that there are multiple risks to their pessimistic forecast.

First, if a global recession hits, oil demand will likely fall, which could lead to lower prices. Bank of America currently expects global economic growth of just 2.5% next year, and in a recessionary scenario, that figure could drop sharply.

“In short, global GDP growth and oil demand have been slowing down materially in recent quarters, and oil prices could fall if economic activity weakens further,” the analysts wrote.

However, although the Bank of America team admitted that a “global recession presents a key downside risk to our views,” they added that they still believe low oil inventories and production capacity should keep prices elevated through the end of next year.

Additionally, if Russian oil supply is disrupted beyond current levels as a result of the Ukraine war sanctions, a $100 price target for oil would likely be low.

“As such, a curtailment in Russian production or further supply disruptions over the coming quarters…could quickly put the oil market on notice,” they wrote.