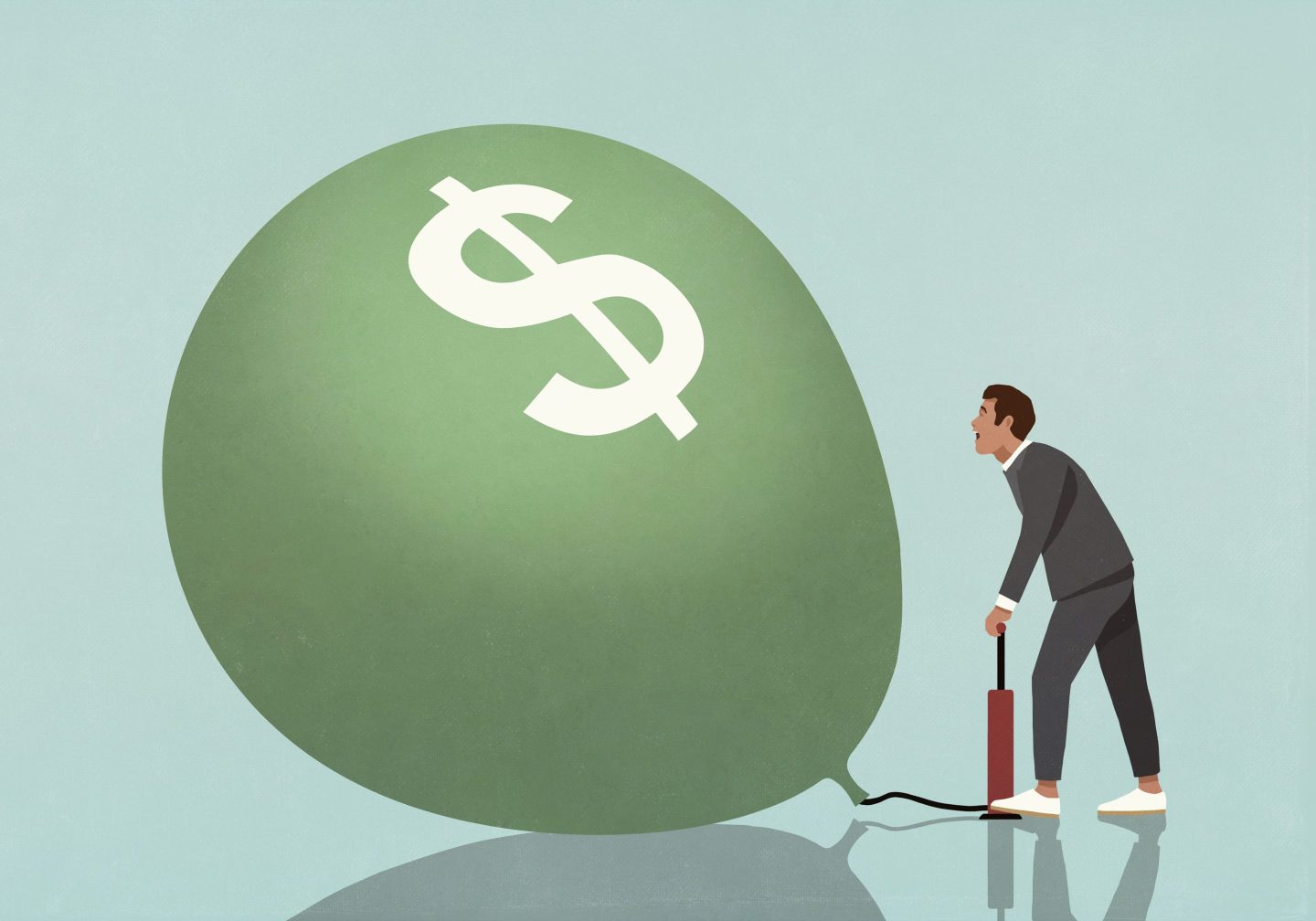 American consumers have been plagued by soaring costs for everything from gas to used cars for over a year now.

In May, inflation in the U.S. touched a fresh four-decade high, leading a majority of Americans to see rising consumer prices as the most important issue facing the country today.

But inflation isn’t just a problem in North America.

Nations and economic zones around the world are all battling rising prices after the COVID-19 pandemic threw global supply chains into chaos, and the war in Ukraine pushed food and fuel costs to new heights. And their inflation is often much higher than the 8.6% year-over-year rate that the U.S. is struggling with right now.

Here are the inflation woes of 10 different countries. Some are experiencing humanitarian crises as a result of the soaring cost for basic necessities in their countries, while others have managed to mostly avoid inflation’s grip.

Turkey has one of the highest inflation rates in the world. In June, consumer prices rose 78.6% year-over-year, according to the Turkish Statistical Institute.

The country is experiencing broad based inflation, but food and transportation cost increases have been particularly painful. Food prices soared 93.9% from a year ago in June, prompted by surging costs due to the war in Ukraine, while transportation costs skyrocketed 123.4% over the same period. Inflation has likely been exacerbated by a series of central bank interest rate cuts, but the country’s economic woes don’t end there.

Turkey’s currency, the lira, has been declining for several years, but it has collapsed since the start of the year, losing more than 23% of its value compared to the U.S. dollar. That’s on top of a 44% drop seen in 2021.

In May, inflation in Argentina rose at a 60.7% annual rate, according to the country’s INDEC statistics agency. Food prices alone soared 33.7% through the first five months of the year, and Economists surveyed by the country’s central bank forecast inflation hitting nearly 73% by the end of 2022, Bloomberg reported in June.

On July 2, the situation in Argentina deteriorated even further after the country’s economy minister, Martin Guzman, suddenly resigned, prompting Argentina’s parallel exchange rate, which prices the Argentine peso against the U.S. dollar without taking into account Argentina’s currency controls, to sink 17% this week alone.

The drop in the Argentina’s currency has led panicked consumers to rush to buy goods as prices soar around the country.

“Prices had already increased 15% a few weeks ago and now they have added a ‘tweak’ to average 20%, although imported goods have jumped up 30%,” Luis Sacco, an Argentinian electrical shop owner told the Buenos Aires Times on Thursday.

Inflation in the United Kingdom hit a 40-year high in May, rising at a 9.1% annual rate. The country is now facing a cost of living crisis, with food prices soaring at an 8.7% annual rate in May and energy bills skyrocketing as much as 50% in April.

The Bank of England said in June that it now expects inflation to peak at 11% this year before coming down in 2023. The central bank has raised its key interest rate from near zero to 1.25% since the late last year in hopes of cooling rising prices.

Euro area annual inflation is expected to rise at an 8.6% annual rate in June, up from 8.1% in May, according to Eurostat, the statistical office of the E.U.

Europeans are in the midst of an ongoing energy crisis sparked by the war in Ukraine and subsequent Western sanctions against Russia. Energy prices soared 39.2% from a year ago in May, as the E.U. continues to try and wean itself off a reliance on Russian oil and natural gas. Food, alcohol, and tobacco prices also jumped 7.5% year-over-year in May.

European Central Bank President Christine Lagarde wrote in a late May blog post that the Euro area will consider rate increases, exiting “negative interest rates by the end of the third quarter” in an attempt to slow inflation.

The Bank of Korea has raised its key interest rate five times since last August, pushing it to 1.75%, and Governor Rhee Chang-yong said this week that another rate increase could be in the cards if inflation continues to be an issue.

On top of that, deadly clashes between the militant groups, including the Oromo Liberation Army (OLA), and the Ethiopian government have left hundreds dead, and made the economic situation even worse.

In May, however, the country saw its annual inflation rate jump to 2.5%, slightly above its central bank’s target of 2%. [AKA, it might not seem like much, but it’s a lot for this country?]

While other central banks have been raising interest rates to combat inflation, The Bank of Japan has kept short-term rates at -0.1%, the loose monetary policy has led the country’s currency to depreciate to a 24-year low against the U.S. dollar since March.

Israel’s annual inflation rate touched an 11-year high of 4.1% in May, topping the government’s 1% to 3% target range. The country’s central bank lifted its key interest rate from 0.75% to 1.25% on July 4 in an effort to cool rising housing, food, and fuel prices, but, as officials noted in May, inflation in Israel remains “significantly lower than in most advanced economies.”

Israel’s economy is expected to grow 4.9% in 2022, even amid the war in Ukraine and COVID-19 lockdowns in China which have led to rising inflationary pressure.

In South Africa, inflation moved to a five-year high in May, rising 6.5% year-over-year. The increase was a shock to many, Razia Khan, head of research for Africa and the Middle East at Standard Chartered Bank told Bloomberg in June.

“Until now, there was a belief that although inflation in South Africa was rising, [but] unlike the rest of the world, it was not seeing pressures that it took it way beyond ‘normal’ inflation ranges. The shock of a single CPI print now calls into question that assumption,” he said.

South Africa’s central bank has raised interest rates at its last four monetary policy meetings to try to cool the rising cost of living. The country’s key interest rate has jumped from 3.5% to 4.75% since November, and Governor Lesetja Kganyago has said another 50 basis point rate increase could be on the way.

Inflation in Sri Lanka hit a record high in June, rising at a 54.6% annual rate, and the country’s central bank Governor, P. Nandalal Weerasinghe, admitted to reporters on Thursday that it could go as high as 70% by the end of the year.  He now expects Sri Lanka’s economy to contract between 4% and 5% this year, down from 3.7% growth in 2021.

The country is facing an unprecedented economic and humanitarian crisis, with crippling food shortages and starvation leading to mass protests against President Gotabaya Rajapaksa.

Sri Lanka has also been forced to declare bankruptcy after it was unable to pay back billions in loans it took out from China which were used by the government for what critics have said are unnecessary infrastructure projects. The country is now seeking a $4 billion loan from the International Monetary Fund (IMF) to pay for essential goods.