Putin issues one of his most ominous warnings yet, daring the West to fight on the battlefield with Ukraine 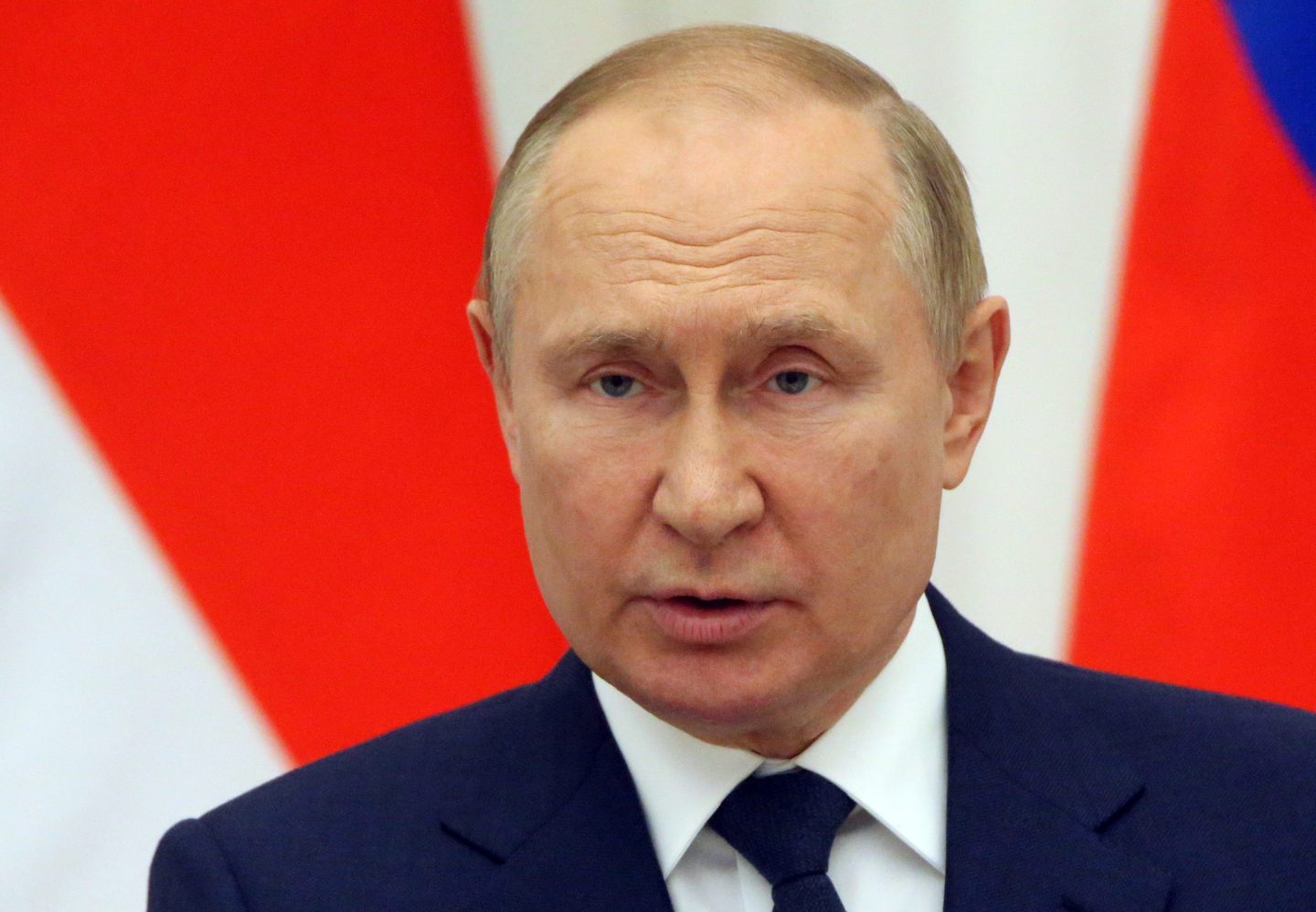 It has been 134 days since President Vladimir Putin first waged war on Ukraine.

Since then thousands of civilians have been killed, Europe has seen the largest refugee and humanitarian crisis in decades, and the prices of food and energy are at the highest levels in 40 years. And Putin is claiming he is just getting started.

In his most threatening message yet, Putin said that Russia has not even started his offensive strategy yet and the prospect of negotiations is declining as the conflict continues. Then he dared the West to come and fight on the battlefield itself.

“Everyone should know that, by and large, we haven’t started anything yet in earnest,” Putin said at a meeting of parliamentary leaders on Thursday. He added “at the same time, we don’t reject peace talks. But those who reject them should know that the further it goes, the harder it will be for them to negotiate with us.”

Putin made claims the West is fueling hostilities by wanting to fight until the last Ukrainian is standing. “This is a tragedy for the Ukrainian people, but it seems that everything is heading towards this,” he noted.

“Today we hear that they want to defeat us on the battlefield. What can you say—let them try,” he rallied.

In the parliamentary speech, Putin railed against the “totalitarian liberalism” he said the West is trying to impose on the world, and reiterated claims that the West is using the conflict in Ukraine to isolate and weaken Russia. Moscow has previously said the sanctions placed on Russia because of its invasion of Ukraine are akin to a declaration of economic war, and it is now turning to China, India, and other powers outside the West.

“They simply don’t need such a country as Russia,” Putin said. “This is why they have used terrorism, separatism, and internal destructive forces in our country.”

Putin conceded the sanctions had created difficulties for Russia but they had failed to divide Russia and demoralize its people.

“The course of history is unstoppable, and attempts by the collective west to enforce its version of the global order are doomed to fail,” Putin said.

Russian parliamentary leaders celebrated the aggressive nature of Putin’s speech. Sergei Mironov, a member of the A Just Russia party, made calls for Putin to set up a special agency to facilitate the integration of occupied Ukrainian territories into Russia.

Russian prosecutors also called for prison sentences for two opposition activists—Alexei Gorinov and Andrei Pivovarov—who have both spoken against Russia’s invasion of Ukraine.

Meanwhile, speaking at a G20 meeting in Indonesia on Friday, Russian Foreign Minister Sergei Lavrov dismissed the West’s “frenzied” criticism of the war in Ukraine and scolded other G20 members in attendance for ignoring more important economic issues.

Lavrov said discussion “strayed almost immediately, as soon as they took the floor, to the frenzied criticism of the Russian Federation in connection with the situation in Ukraine. ‘Aggressors’, ‘invaders’, ‘occupiers’—we heard a lot of things today.”

Ukraine and its Western backers have repeatedly stated that Russia has no justification for the war and that Moscow is engaging in an imperial-style land grab.

Ukraine’s chief negotiator Mykhailo Podolyak dismissed Putin’s claims of Western totalitarian liberalism, tweeting “There is no ‘collective west’ plan. Only a specific z-army which entered sovereign Ukraine, shelling cities and killing civilians. Everything else is a primitive propaganda.”

NATO has so far refused to send any military troops to Ukraine, noting on March 23, a month after the war broke out, that its actions were defensive and that it had a “responsibility to ensure that this war does not escalate and spread beyond Ukraine.”

However, individual NATO member countries have sent billions of dollars worth of military and humanitarian aid to Ukraine, in the form of weapons, ammunition, and many types of light and heavy military equipment—but the country still lacks military parity with Russia, according to Podolyak. In addition, logistics and training issues in Ukraine sometimes mean the equipment that does arrive is not used to its potential on the front lines.

Russian forces have captured large swaths of land along the eastern border of Ukraine, most recently seizing the region of Luhansk. But their progress has been slower than many analysts predicted, and the Russian army failed to capture the capital, Kyiv, or other big cities in Ukraine’s northeast early in the campaign. Russia is now preparing to push offensively into Donetsk—a region southwest of Luhansk, which together make up the region of Donbas.