U.S. ban on Nvidia and AMD A.I. chip sales will restrict China’s and Russia’s militaries—and may curb tech advances in other fields too 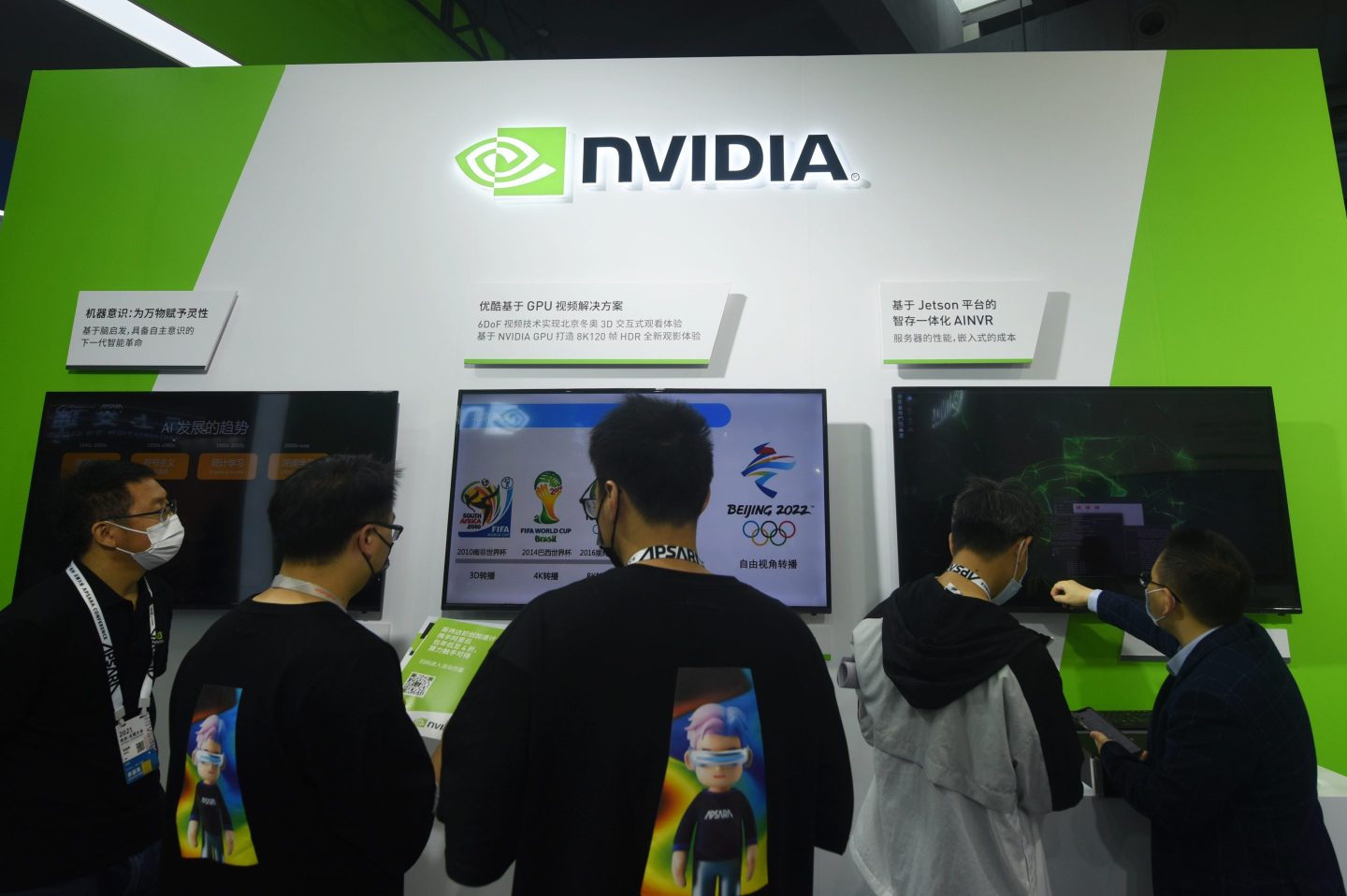 Visitors stop by an Nvidia booth at a conference in Hangzhou, China, in 2021. Nvidia announced in an SEC filing that it could lose up to $400 million in sales of high-end chips that can no longer be sold to Chinese customers.
Feature China/Future Publishing

The U.S. government has put in place new restrictions to cut China and Russia off from high-end artificial intelligence chips, two of the U.S.’s largest chipmakers Nvidia and AMD reported late Wednesday. The measures are intended to restrict China’s and Russia’s military capabilities but could impede technological advances in other industries too.

Nvidia announced in a filing to the U.S. Securities and Exchange commission on Wednesday evening that Chinese customers would be barred from buying its “A100 and forthcoming H100 integrated circuits” and that the company could lose up to $400 million in sales of those high-end chips. Nvidia’s A100 chipset powers data centers used for A.I., data analytics, and high performance computing. The U.S. government told Nvidia that the new ban would help ensure that Nvidia’s products are not “used in” or “diverted to” Russian or Chinese military equipment, the filing says. Nvidia said its Chinese customers could apply to the U.S. government for exemptions from the restrictions, but noted that it has received no “assurances” that the government would issue any.

AMD, meanwhile, said the U.S. government ordered it to stop sending its top A.I. chip, the MI250 chip that’s used in data centers for high performance computing, to China but said the new restrictions will not block shipments of its MI100 chip to China. AMD does not expect the new restrictions to have a material impact on its business, according to Reuters. (Nvidia and AMD did not immediately respond to Fortune’s request for comment on the U.S.’s new restrictions.)

The news spooked investors. Shares of Nvidia and AMD fell 6.5% and 3.7%, respectively, in after-hours trading.

“[The banned chips] are used for powerful computing and simulating enormous amounts of data as well as in cutting-edge data centers,” Brady Wang, semiconductor analyst at Counterpoint research, told Nikkei Asia. He explained that the restrictions could force Chinese companies to buy older-generation chips and therefore slow their technological progress.

The U.S. government did not formally announce the new restrictions, but a spokesperson for the Commerce Department told the New York Times that further measures may be in store. “[The U.S. government] is preventing China’s acquisition and use of U.S. technology in the context of its military-civil fusion program to fuel its military modernization efforts, conduct human rights abuses, and enable other malign activities,” the spokesperson said.

The U.S. crackdown on China’s access to the advanced chip technology coincides with U.S. politicians cozying up to Taiwan and the island’s advanced chip industry.

“In the face of authoritarian expansionism and the challenges of the post-pandemic era, Taiwan seeks to bolster cooperation with the United States in the semiconductor and other high-tech industries,” Tsai said at a press conference with Ducey on Tuesday. “We look forward to jointly producing democracy chips to safeguard the interests of our democratic partners and create greater prosperity.”