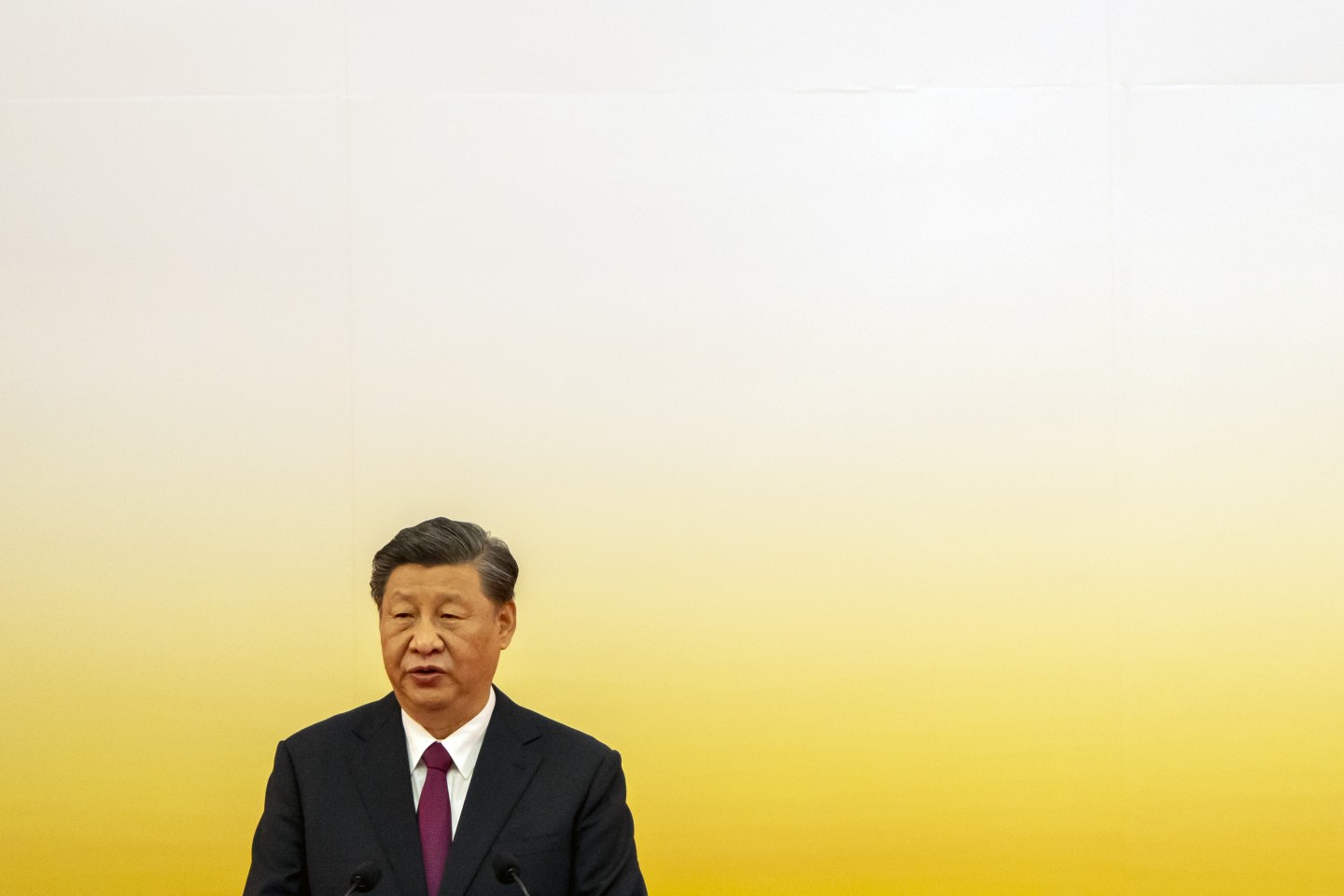 China’s real estate bubble appears to have burst—just as President Xi Jinping is seeking to cement control over the country.
Justin Chin—Bloomberg/Getty Images

If you’re worried about the price of, say, your Floridian beachfront property sliding, be thankful it’s not in China.

That real estate market, which propelled China’s rapid growth ever since the 2008 financial crisis, is in the midst of a housing bust that has now recorded its 11th straight month of price declines.

China may be half a world away, but its problems could soon be felt closer to home. Should its real estate malaise spill over into other sectors, it could derail a locomotive that has been pulling the global economy—and major U.S. companies like Tesla—behind it for more than a decade.

New home prices in 70 cities, excluding state-subsidized housing, declined in July by just over 0.1% from June, according to China’s National Bureau of Statistics.

By comparison, the S&P CoreLogic Case-Shiller U.S. National Home Price Index still managed to eke out a 1% month-on-month gain in May, according to the latest figures available. Industry analysts have warned of a coming correction that would particularly affect overheated markets like Austin.

“There is an urgent need for active policies around the country to stimulate a market recovery,” Yan Yuejin, research director at a Shanghai-based housing market think tank, told state-run publication Global Times on Monday.

China has for years preferred that its citizens invest in their own four walls rather than the country’s often volatile stock markets in Shanghai and tech hub Shenzhen. Given consumers received virtually no interest on bank deposits and their money is subject to strict cross-border capital controls, the population has had few other places to put their growing savings but in the housing market.

As a result of the credit-induced boom, Goldman Sachs famously estimated in 2019 that the country’s residential real-estate market was valued at $52 trillion, twice as big as its counterpart in the United States.

Ahead of President Xi Jinping’s expected reelection in the fall to an unprecedented third term, however, cracks are fast emerging. Evergrande, the world’s most indebted company and China’s largest real estate developer, defaulted on its debt last year, while rivals Kaisa Group, Country Garden, Sunac China, and Shimao Group are also in various stages of distress.

Moreover, many Chinese investors are staging a mortgage boycott, refusing to pay installments on a property that may never be built.

According to Bloomberg, the sector has seen at least $90 billion wiped off its stocks and bonds since the year began as a result of the crisis.

Making matters worse, President Xi has not deviated from his zero-COVID policy, imposing draconian lockdowns that keep the economy from returning to its prior boom. Most recently the tropical tourist hotspot of Sanya, a kind of Chinese Hawaii, has been affected by an outbreak, impacting travel to the popular resort.

In a move to alleviate the situation, the country’s central bank trimmed two key interest rates in a surprise move on Monday. Whether that helps stimulate demand going forward is another question.