The great Chinese mortgage strike: Thousands of homebuyers are refusing to pay their home loans as growing boycotts spread online 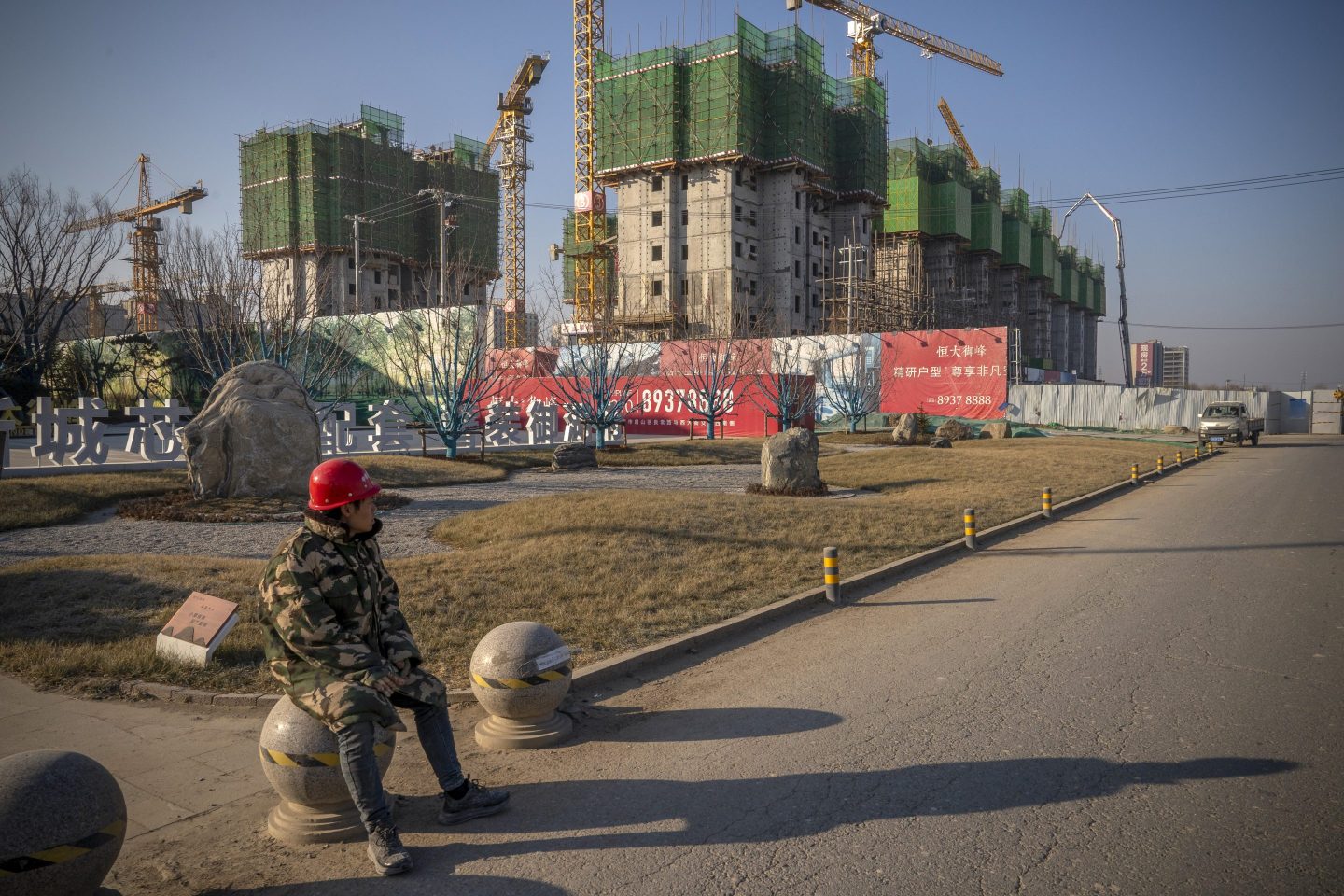 A worker sits in front of unfinished apartment buildings at the construction site of a China Evergrande Group development in Beijing, China, on Thursday, Jan. 6, 2022. Evergrande is seeking to delay an option for investors to demand early repayment on one of its yuan-denominated bonds, in the latest sign of distress amid a broader real estate debt crisis.
Andrea Verdelli—Bloomberg/Getty Images

Hundreds of thousands of homebuyers in at least 80 Chinese cities are refusing to pay their mortgages as property developers struggle to complete their building projects, signalling a new era of turbulence for China’s continued real estate crisis.

As of July 12, homebuyers in 22 Chinese cities had threatened to stop their mortgage payments over construction delays and sinking real estate prices, affecting 35 projects, Citigroup analysts wrote in a note. As of Monday, that figure had surged to over 80 cities, affecting over 200 projects, according to data from E-house China Research and Development Institution, a Chinese real-estate database.

Homebuyers’ discontent is spreading both offline and online. Now, Chinese online platforms are deleting crowd-sourced documents and social media posts tabulating the number of mortgage boycotts and project delays nationwide, according to a Bloomberg report.

In China, property developers rely on pre-sale funding, whereby buyers pay upfront for unbuilt apartments, analogous to interest-free loans for the building company. The current mortgage boycott is rooted in developers’ dependence on pre-sales for funding, Alicia García-Herrero, chief Asia-Pacific economist at French investment bank Natixis, tweeted on Friday. “For households who have pre-paid unfinished units due to developers’ defaults, it makes sense not to pay,” she wrote.

Chinese services like Kdocs, a file-sharing website, and Zhihu, a question-and-answer website akin to Quora, banned shared files. China’s most popular social media platforms, WeChat, a messaging app used by 1.2 billion, and blogging site Weibo, with 550 million monthly users, deleted posts showing charts tracking the number of mortgage boycotts and project delays. Some homebuyers said their accounts on Weibo and Douyin, the Chinese version of TikTok, had been banned, and some were even contacted by the police, Bloomberg noted.

The shared documents and social posts circulated the names and details of stalled property projects, plus pictures of homebuyers’ letters declaring their refusal to pay their mortgages.

The Chinese government is watching the situation closely, as are the economists who understand just how much the Chinese real-estate market factors into the national economy. It’s incredibly important.

The health of China’s financial system could be at stake

The Chinese government, which prioritizes stability, is alarmed by the brewing unrest, analysts say. “This is a political protest. [It’s] a crisis potentially of confidence and one that the Chinese [state] fears tremendously,” Diana Choyleva, chief economist at Enodo Economics, told Bloomberg Television.

A mass stoppage of homebuyers paying their mortgages would hamstring the country’s cash-strapped developers and expose banks to billions of dollars of bad debt at a time when China is trying to resuscitate its embattled property sector that’s responsible for an estimated 25% to 30% of China’s GDP.

Chinese household wealth has fuelled the country’s housing boom of the last two decades, with 70% of it funnelled into property. But in recent years, Beijing implemented strict rules to curb excessive borrowing by property developers. Those measures starved developers of cash, leading to major construction delays and leaving building projects in limbo. Some developers simply stopped construction, saddling homebuyers with debt but no homes.

This debt-fueled build, build, build culture imploded late last year when Evergrande, the world’s most indebted developer with $300 billion of liabilities, struggled to pay its vendors—and thus, complete its housing projects. Since then, many Chinese developers have confronted similar cash woes that impeded their ability to build.

The mortgage protests could hit an estimated $223 billion worth of mortgage loans—or 4% of Chinese banks’ total outstanding loans, according to a report by Australian bank ANZ. Another estimate by Chinese securities firm GF Securities says the protests involve $296 billion of mortgages. China’s top four state banks—the Bank of China, the Agricultural Bank of China, China Construction Bank, and the Industrial and Commercial Bank of China—are most exposed to mortgage lending, says investment bank Jefferies. If more homebuyers stop paying their mortgages, the protests could jeopardize the “health of [China’s] financial system,” ANZ’s senior China economist Betty Wang wrote in a Thursday note.

China’s securities regulator asked banks to reveal the extent of their mortgage exposure in an effort to boost consumer confidence, according to an FT report. Sixteen banks said that they held a collective $414 million in overdue loans on unfinished homes. Not all banks disclosed their loan numbers.

The snowballing crisis has also compelled the government to reassure citizens that their homes will be delivered. Chinese authorities are working with banks and developers to mitigate a wider systemic crisis. China’s banking regulator on Sunday ordered lenders to extend loans to developers to help them finish unbuilt projects. Officials are also considering allowing homebuyers to defer mortgage payments without penalties.

Houze Song, a fellow at think tank the Paulson Institute who researches the Chinese economy, tweeted that if the current boycott continues, “no one will want to buy property [from] these vulnerable developers. This will bring [about the developers’] financial ruin… as pre-sale accounts for more than 80% of their revenue.” He argued that the crisis can only be mitigated if the central government steps in, rather than leaving it up to local governments and banks, which are constrained by finances and regulation.

Song said: “The current crisis is already worse than Evergrande[‘s], and can become disastrous if Beijing doesn’t act decisively.”