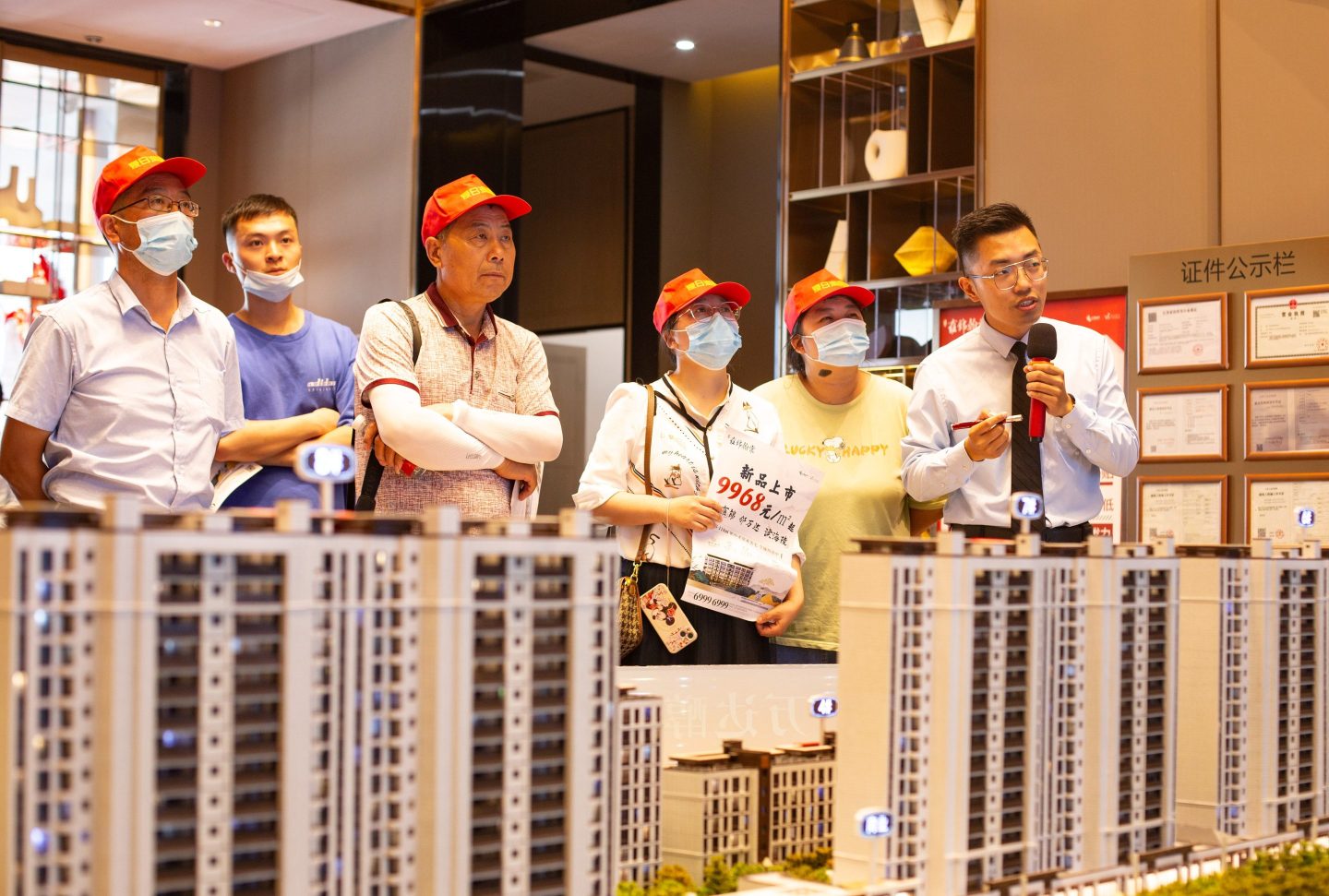 The Chinese government’s rules usually are not made to be broken. But there may be an exception when it comes to saving China’s troubled property sector.

On Sunday, China’s banking regulatory sought to quell mortgage boycotts by ordering banks to extend more loans to housing developers to ensure that developers finish unbuilt projects faster and deliver them to people who bought the properties. Since last week, thousands of homebuyers in over 100 projects across 50 Chinese cities have refused to make their mortgage payments due to delays in construction of the projects. The number of stalled housing projects has increased in recent months as developers struggle to obtain cash due to Beijing’s crackdown on the indebted property sector.

The new policy may provide some immediate relief by helping developers complete housing projects and giving consumers the confidence to fulfill their mortgage payments.

“Any policy that can help deal with risk averseness, curb the confidence crisis, and assure the delivery of home amid mortgage boycott would be considered and welcomed,” says Bruce Pang, head of research for Greater China at commercial real estate firm JLL.

But pushing banks to extend more loans to developers also threatens to put the housing firms further into debt and increase their leverage—problems that China’s government has been trying to rein in.

Until recently, a property boom helped fuel China’s rapid growth, as Chinese developers powered the country’s efforts to urbanize and build a modern economy. But China’s slowing economic growth focused government scrutiny on unsustainable practices in the housing sector, such as speculative buyers pricing out middle-class consumers. China’s government introduced its so-called three red lines policy in August 2020 to help deleverage China’s property sector and make Chinese homes “for living in, not for speculation,” a favorite line of Chinese President Xi Jinping. The government’s three red lines imposed caps on the amount of debt housing developers are allowed to take on.

Beijing’s demands that developers clean up their balance sheets proved difficult for some firms like Evergrande, which had built up over $300 billion in debt over years of wild spending on speculative apartment complexes and side projects like a Chinese soccer team. The three red lines rule was a contributing factor to Evergrande’s downfall—its market cap has plunged to $3 billion from $36 billion in August 2020—and has been a critical component in Beijing’s regulatory crackdown on developers’ debt.

Now, China’s government is showing that meeting the three red lines may not be as important as other priorities. Extending more loans to developers could exacerbate debt issues for developers but, for now, quieting the mortgage boycotts and addressing the country’s economic woes appear to take priority.

Last week, China announced that its economy grew 0.4% in the second quarter, a weak performance that threatens to plague China’s efforts to recover from the pandemic. Larry Hu, chief China economist at Macquarie, wrote in a note sent to Fortune that China’s property sector “remains the biggest drag” on China’s economic growth.

“The latest data on the macro and property sector as well as bond repayment pressure on Chinese developers in [the second half of] 2022 show more urgency to stick to the easing stance and help in delivering property projects on time,” says Pang. “The three red lines policy is expected to see some adjustments.”