As China’s economy struggles to bounce back from COVID lockdowns, Beijing warns that global stagflation could depress a full recovery 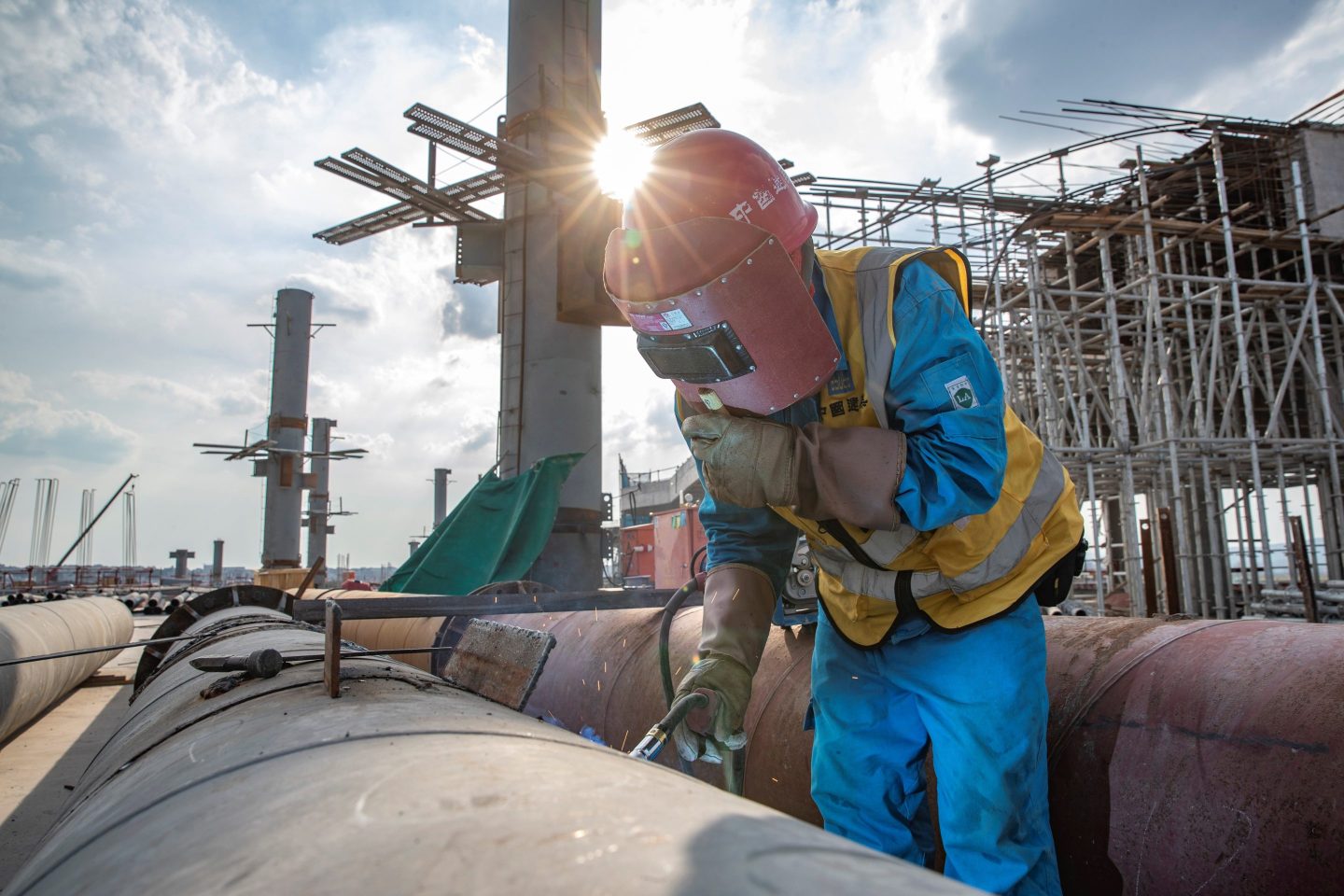 On Friday, China’s government announced that its economy grew 0.4% in the second quarter compared to the same period in 2021, marking the economy’s worst quarterly performance since the beginning of the pandemic.

The main drag on the China’s economy was the COVID lockdown in Shanghai, which halted nearly all economic activity in China’s wealthiest city for nearly two months from April to May. In June, China’s economy showed some signs of bouncing back, with industrial output and retail sales up 3.9% and 3.1% respectively compared to the same month one year before. But recovery was not fast enough to make up for the toll of the COVID shutdowns.

“The economy is on the mend, but it remains very weak,” says Larry Hu, chief China economist at Macquarie, in a note sent to Fortune. “The loss from lockdowns is huge.”

Bruce Pang, chief economist of greater China at JLL, says that China’s economy appears to be “bottoming” and that it “may not be out of the woods yet.” China’s economy may experienced a W-shaped recovery given “persistent job market pressure, still-sluggish domestic consumption, and external uncertainties,” he says.

China’s government acknowledges how difficult it will be to emerge from its economic slump.

“The foundation for sustainable and steady recovery of the economy is yet to be consolidated,” the National Bureau of Statistics said in the release, nodding to structural drags that could prevent China’s economy from fully rebounding from the pandemic. Specifically, the bureau cited global stagflation and lingering impacts of COVID-19 as risk factors that could slow China’s recovery in the latter half of this year.

Even though it acknowledged Friday that its COVID-19 policies could continue to “shrink demand” and “disrupt supply” this year, China’s government seems unwilling to deviate from its COVID-zero stance. It imposed city-wide lockdowns to contain small COVID outbreaks this week.

China’s government has known for months that bouncing back from the Shanghai lockdown could prove challenging. In late May, Chinese premier Li Keqiang held a video meeting with 100,000 Chinese officials to lay out a 33-point plan to save China’s economy that included a $120 billion credit line for infrastructure projects.

“June data are starting to show signs that the renewed stimulus after the 100,000 cadre video meeting with Li Keqiang is getting up to speed,” says Bert Hofman, director of the East Asia Institute at the National University of Singapore. In June, infrastructure investment was up 12% year on year.

But China will likely need to boost stimulus spending even more if it hopes to reach Beijing’s target of 5.5% growth this year. China’s economy would need to grow at a rate of at least 7% in the second half of this year to reach the 5.5% target, says Hu.

“It is impossible [to reach 5.5% growth] without a significant escalation of policy stimulus from the current level,” says Hu.

Without such stimulus, and after the disappointing second-quarter data, China’s economy is expected to grow 4% this year, Tommy Wu, a lead economist at Oxford Economics, wrote in a note sent to Fortune. “Infrastructure investment will play a crucial role in boosting growth in [the latter half of this year].”

But Wu says that throwing more money at infrastructure projects may not automatically boost growth because some may not immediately pay off.

“The constraint is whether there will be enough projects that are ‘shovel-ready’ and can generate positive returns, as local governments are now being held accountable for wasteful spending,” says Wu.

Hu notes that it will be especially difficult to get money flowing into China’s battered property sector. In June, property investment and property sales fell 9.4% and 18.1% year on year, respectively, amid China’s ongoing efforts to rein in the sector and crack down on bloated developers like Evergrande. This week, homebuyers in at least 100 construction projects across China have refused to pay their mortgages due to the project’s stalled progress.

“Plunging sales means that developers are facing a liquidity crunch. Therefore, they are increasingly reluctant to spend money,” says Hu. “The property sector is under deep trouble.”