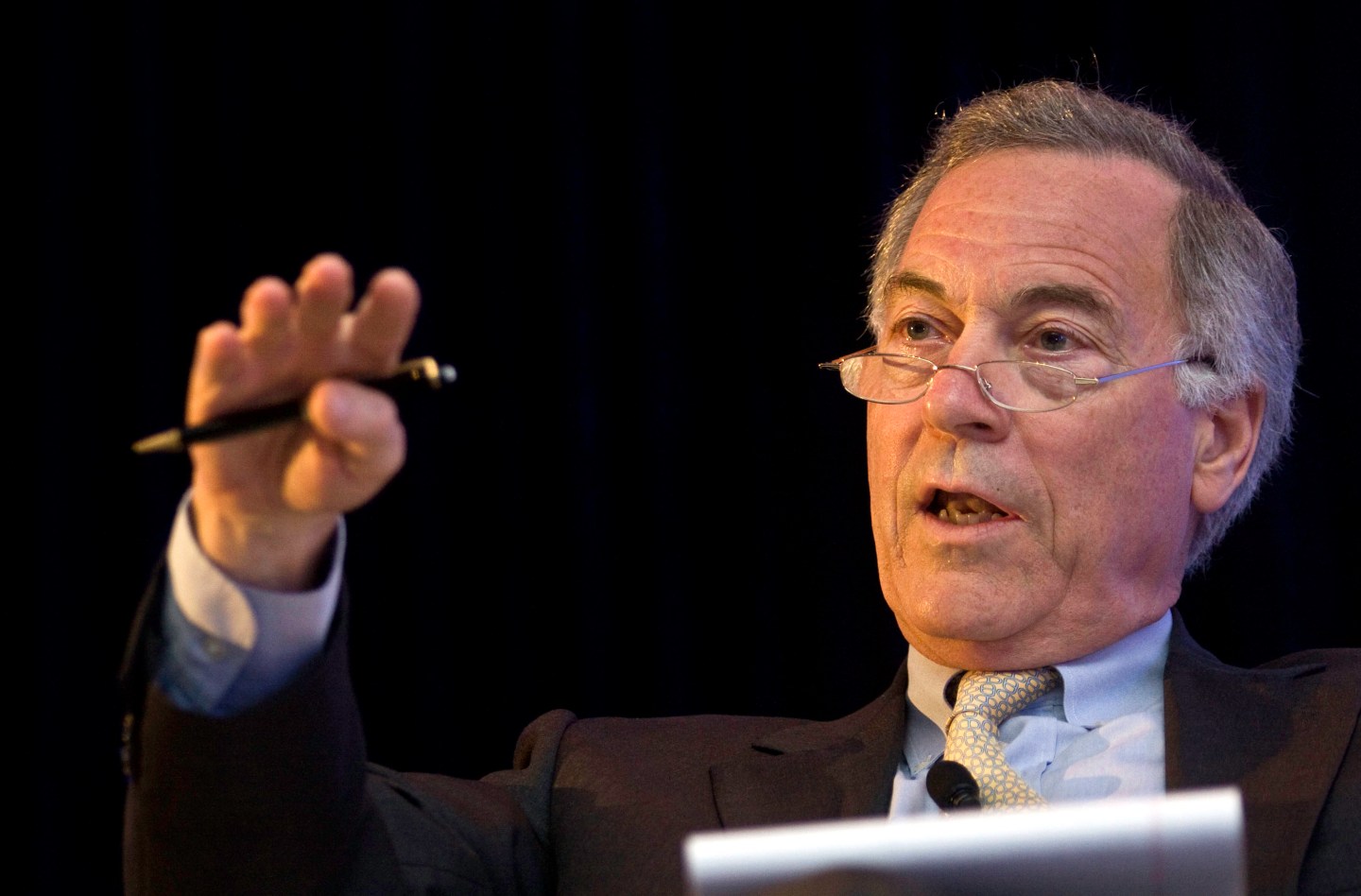 Steve Hanke, a professor of applied economics at Johns Hopkins University, pictured in 2008. Hanke believes there is an 80% chance of a U.S. recession.
Jerome Favre—Bloomberg/Getty Images

The persistence of high inflation—and the Fed’s increasingly bold moves to rein it in—have U.S. recession forecasts ticking up by the day, with more and more economists insisting a significant economic downturn is on the horizon.

Whether the U.S. is headed for a “long and ugly” recession (according to Wall Street’s “Dr. Doom”) or a soft landing (per Goldman Sachs) remains to be seen. On Friday, a top economist who predicted high inflation this year before a “whopper” of a recession doubled down on his call.

In an interview with CNBC, Steve Hanke, a professor of applied economics at Johns Hopkins University, issues a grim forecast about the American economy.

“The probability of recession, I think it’s much higher than 50%—I think it’s about 80%,” he said. “Maybe even higher than 80%. If [the Fed] continues the quantitative tightening and moves that growth rate and M2 [money supply] into negative territory, it’ll be severe.”

Hanke, who served as a senior economist on former President Ronald Reagan’s Council of Economic Advisers in the 1980s, and in the 1990s advised several Eastern European countries on economic policy as an academic expert on hyperinflation, stressed that money supply played an important role in the near-term outlook for the U.S. He argued the Federal Reserve and its chair, Jerome Powell, had buried their heads in the sand when it came to acknowledging the weight of this particular economic indicator.

“Powell and his Fed…have really been searching for the cause of inflation in all the wrong places,” Hanke said.

Hanke hails from the monetarist school of economics made famous by legendary economist Milton Friedman, which subscribes to the “quantity theory of money”: essentially an equation about how fast money is entering the economy (the “money supply”) and the resulting inflation. Hanke has been sounding the alarm since a July 2021 op-ed in the Wall Street Journal that projected inflation nearly exactly like what we’ve seen in 2022.

He repeated his criticism of the Fed on CNBC: “They’re looking at everything under the sun but the money supply, and in fact they’ve doubled and tripled down on the argument that money has no relationship to economic activity, or not a reliable relationship to economic activity [and] inflation, and the reason for that is the Fed exploded the money supply starting early in 2020 at an unprecedented rate.”

“They don’t want this link to be visible between the money supply and inflation, because if it is, the noose is around their neck,” Hanke added. “Powell does not have the money supply on his dashboard.”

In the decades following his tenure as an adviser to Reagan’s government, Hanke took up similar positions working alongside lawmakers all over the world, including Bulgaria, Venezuela, and Indonesia.

In 1998, he successfully predicted the collapse of the Russian ruble, calling the currency’s major devaluation which led to economic crisis in Russia.

Hanke has been warning that a “whopper” recession is on the cards for some time, and has already pointed to the M2 reading— a measure of U.S. money supply, which includes cash and checking and savings deposits—as a metric that should not be ignored.

He is one of many prominent voices saying a U.S. recession is likely in the near future, including top economist Mohamed El-Erian, JP Morgan’s Jamie Dimon, and the world’s richest man, Elon Musk.

Even Powell himself appears to have become less confident in the Fed’s ability to engineer a soft landing for the U.S. economy, telling a news conference this week that the chances of that objective being achieved were soon “likely to diminish.”