Top economist Mohamed El-Erian says a European recession is a ‘done deal’ but the U.S. might not be far behind 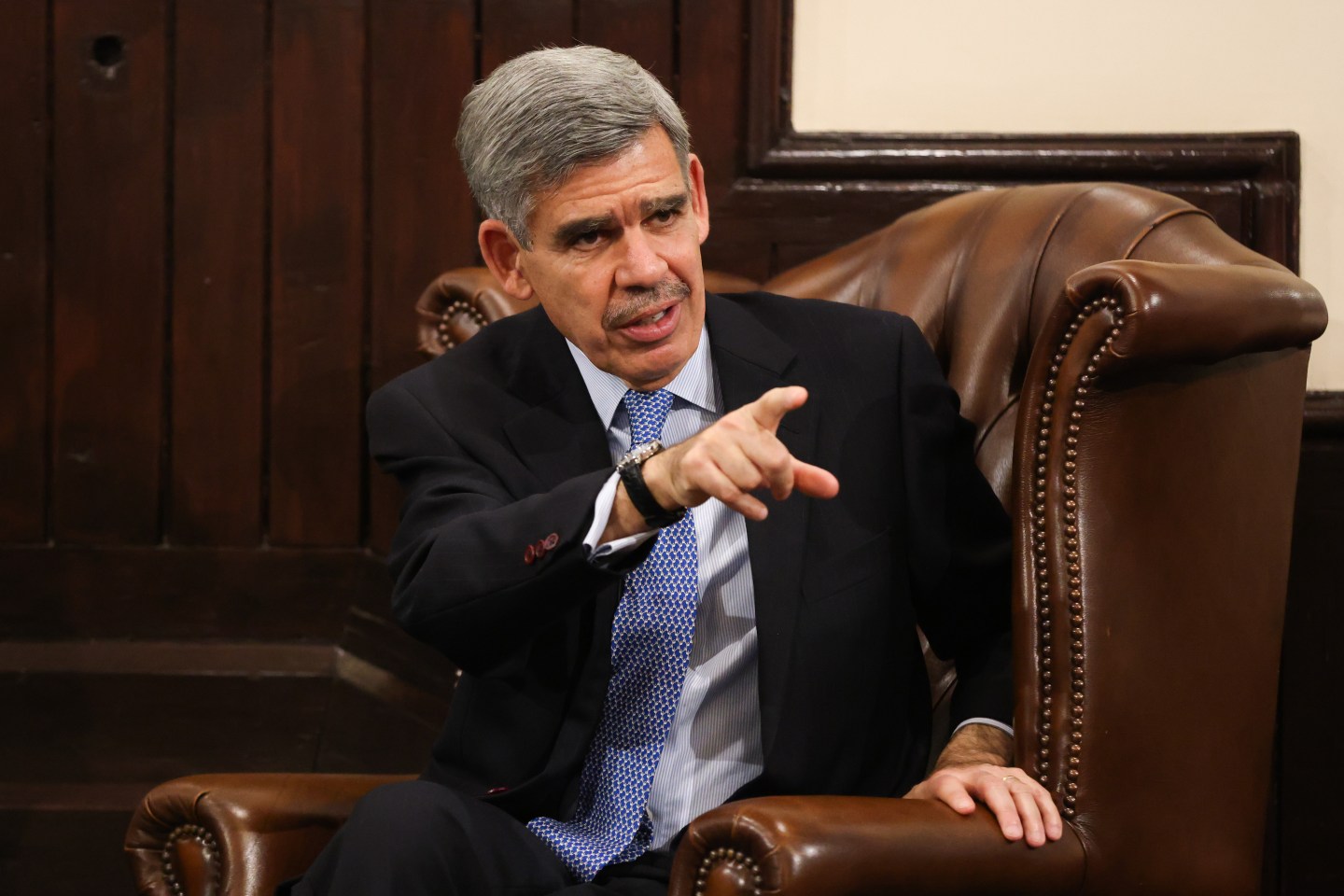 There's a difference between recession chances in the U.S. and foreign markets, Mohamed El-Erian says.
Hollie Adams/Bloomberg via Getty Images

It remains to be seen whether a recession is going to hit the U.S., but an economic downturn may already be set in stone in other parts of the world.

Many economists have predicted that a U.S. recession next year is likely, yet despite two consecutive quarters of GDP decline, the nonprofit organization tasked with officially calling one has yet to do so.

But in Europe—aggrieved by the sting of a mounting energy crisis and slow economic growth—the picture is much clearer.

A European recession is all but assured now, according to economist Mohamed El-Erian, president of Queen’s College, Cambridge, and chief economic adviser and chairman of emerging-markets investment firm Gramercy.

“Europe, as far as I’m concerned, is a done deal,” El-Erian said during a Gramercy Funds webcast for clients on Thursday, in statements reported by the Wall Street Journal. He cited the continent’s ongoing struggles with energy scarcity created when Russian President Vladimir Putin invaded Ukraine. Even China—despite the government’s stringent controls over its economy—could easily tip into something indistinguishable from a recession owing to the lasting consequences of the country’s strict COVID-19 policies, he added.

The U.S. is looking like a steadier ship than either of these markets right now, according to El-Erian. But between an increasingly tight monetary stance from the Federal Reserve and an inflation problem that shows no signs of going away, he warned that the situation could deteriorate quickly.

Dwindling gas supplies in Europe and soaring energy bills as a consequence of Russia’s invasion of Ukraine are likely to lead to a recession on the continent, according to El-Erian.

In 2020, Russian imports accounted for a quarter of the European Union’s energy use, according to the World Economic Forum, and just last year the country supplied 40% of the continent’s natural gas. But with Russian president Vladimir Putin willing to turn off the gas taps to Europe in response to Western sanctions, Europe is now in a substantially more vulnerable position.

The gas crunch could see European energy bills next year surge by as much as $2 trillion, Goldman Sachs warned last week. With European stocks spiraling and the EU’s central bank hiking interest rates at the highest pace on record, a recession on the continent may have already begun.

China generally has more control over inflation than more open economies like Europe or the U.S. Annual inflation in the country sits at 2.5%, but the consequences of sporadic COVID-19 lockdowns and strict border controls are slowing down economic growth, and the effects might be tantamount to a recession, El-Erian said.

Annual economic growth projections in China have now dropped to around 3% from 5.5% last March, with some banks forecasting even slower growth. For a country that has posted annual GDP growth higher than 7% for most of the past decade, the drop will make China “feel like it is in recession,” El-Erian said.

Compared with deteriorating outlooks in both Europe and China, the U.S. represents the “cleanest dirty shirt,” El-Erian said, echoing a similar statement he made about the U.S. economic outlook in July.

But the U.S. isn’t looking so clean right now, he warned.

The Federal Reserve is resorting to a series of aggressive interest rate hikes as part of its ongoing mission to clamp down on inflation in the country. It’s a risky game, El-Erian said, as the central bank could still overshoot its targets and tip the U.S. into a recession.

Last June, El-Erian told Yahoo Finance that the Fed had been too late in starting its rate hiking cycle to slow down inflation, and as a result it is “uncomfortably possible that the Fed is going to slam on the breaks and push us into a recession.”

Some economists, including former Treasury Secretary Larry Summers, have said that inflation is already too high and a severe recession may be the only remedy for high prices.

More recently, Summers has admitted that the U.S. is in a better position than Europe, largely because of its relative energy independence, but his “best guess” was still that a U.S. recession is likely.