Why is the dollar dominating? Because the U.S. is ‘the cleanest dirty shirt’ 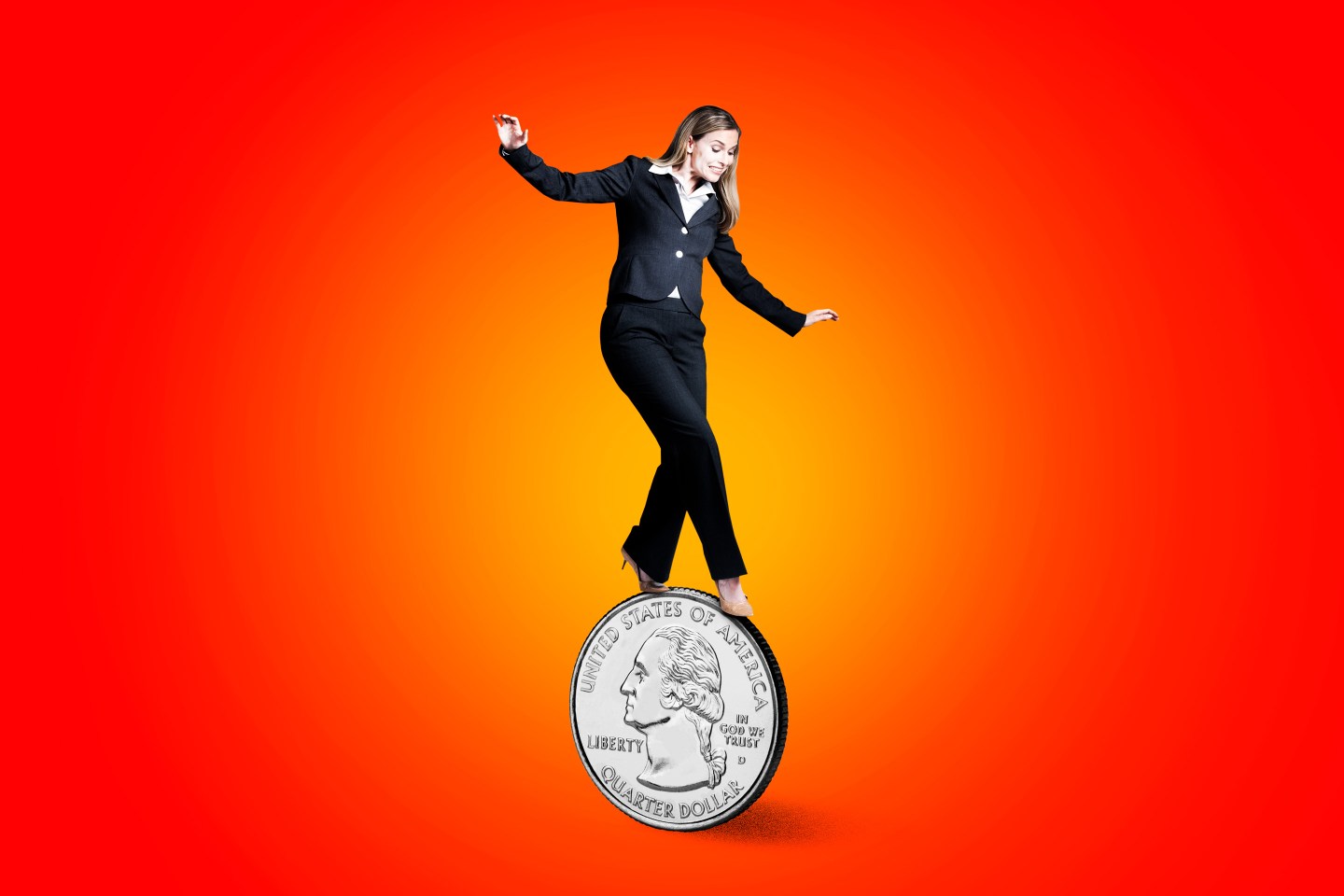 The U.S. dollar has had an incredible run throughout 2022, appreciating against most major currencies as the world’s central banks continue to combat rising inflation.

This year alone, the dollar is up 15% against the Japanese yen, 10% against the British pound, and 5% compared to China’s renminbi. The Wall Street Journal’s Dollar Index, which measures the dollar against 16 other major currencies, has also had its best first half performance since 2010 this year, rising more than 10% year-to-date.

And for the lucky Americans who could find cheap airfare to Europe (and made it through with all their luggage), the dollar even reached equal standing with the euro for the first time in two decades earlier this month.

The dollar’s gains mean international travel is on sale for Americans. And while consumer prices continue to rise, a stronger dollar could help reduce the impact of rising inflation in the U.S.

But the dollar’s strength has also led to some devastating outcomes for countries around the world, and it’s likely to be a major headwind for U.S. companies with operations overseas through the rest of the year.

For many investors and consumers, there are still two burning questions: why has the U.S. dollar been so strong this year, and where is it headed next?

Multiple top Wall Street chief investment officers and strategists told Fortune that a new trend has emerged and is driving the dollar’s strength, but most argue the greenback will begin to drop by the end of the year. Here’s what they had to say.

Why is the dollar so strong?

Historically, currency movements have largely been related to relative interest rates and economic strength. To understand the dollar, experts told Fortune to look no further than the Federal Reserve, which is currently jacking up interest rates at a pace unseen since the 1990s.

“The dollar is strong because the Fed is in the midst of the most aggressive monetary tightening policy among major central banks in the world,” Eric Leve, the chief investment officer at the wealth and investment management firm Bailard, told Fortune.

Leve noted that the Fed’s rate increases have pushed real yields on government bonds (or bond investors’ returns from interest payments after accounting for inflation) into positive territory for the first time in years. This makes U.S. bonds more attractive for investors around the world, thereby increasing the relative value of the dollar.

Leve also argued that the Fed’s rate increases have left the U.S. economy in a better place than many of its peers when it comes to inflation and recession risk.

The U.S., because of the Fed, is in many ways the cleanest dirty shirt.

Sam Stovall, the chief investment strategist at the investment research firm CFRA Research, told Fortune that the dollar’s strength has been helped by this relative attractiveness. It’s a  “flight to safety” for foreign investors amid global recession fears, he said.

But after the COVID-19 pandemic and Russia’s invasion of Ukraine, a new dynamic has also emerged affecting the relative strength of currencies around the world—self-sufficiency.

When COVID-19 took hold in 2020, it led to a global supply chain nightmare, fueling shortages in everything from semiconductors to toilet paper, and pushing commodity prices to new heights. The S&P GSCI Index, a broad measure of the price of raw materials worldwide, has soared by more than 180% in the years since.

As a result, many nations around the world have become more protective of their commodity supplies, and a new wave of deglobalization has taken hold. Because of the U.S.’ relative self-sufficiency when it comes to energy and other commodity supplies, this commodity protectionism has led the dollar to appreciate.

The Ukraine war only exacerbated the trend as Europe’s natural gas supplies were immediately and dramatically affected, leading prices to soar more than 400% in the past year. This has left the bloc scrambling to meet its energy needs, and so far it’s failed. The International Energy Agency (IEA) even warned this week that the EU will need to cut its natural gas consumption immediately or face a “long, hard winter.”

The end result of Europe’s energy crisis and lack of self-sufficiency is falling exports and rising imports at a time when commodity prices remain elevated.

Huw Roberts, the head of analytics at the macro data analytics firm Quant Insight, told Fortune that this amounts to a “terms of trade shock,” where import prices have soared relative to export prices.

What are the effects of the strong dollar?

For U.S. consumers, the strong dollar not only makes international travel much cheaper; it also helps to reduce inflation.

“At the margin, the stronger dollar is putting a bit of a limiter on [U.S.] inflation,” Bailard’s Leve said. “By having a strong dollar, purchasing goods from abroad, as U.S. consumers tend to do, becomes much cheaper. And so we’re essentially importing deflation.”

Some U.S. businesses also benefit from a strong dollar, which acts to lower commodity prices.

“So, if it’s maybe more of a manufacturing company, and they’re buying raw materials that are priced in dollars and commodities are coming lower, then a strong dollar actually helps them,” said Quant Insights’ Roberts.

Those businesses are the exception, however. For most U.S.-based corporations, the strong dollar is an unwelcome headwind.

“If you’re trying to sell goods overseas, that strong dollar makes your goods all the more expensive, putting a burden on top line revenue for US companies,” Leve noted.

On top of that, Brent Schutte, the chief investment strategist at Northwestern Mutual Wealth Management Company, told Fortune that when U.S. companies attempt to repatriate their foreign earnings, the strong dollar means they are getting less back than they have in previous years.

“Certainly if you have a lot of earnings across the ocean, and in other currencies, when you convert them back, it could cause earnings misses,” Schutte said. IBM, Johnson and Johnson, and Netflix are among the companies whose quarterly financial results have already taken a hit this earnings season.

Ben Laidler, a global markets strategist for eToro, told the New York Times last week that the dollar’s rise could cut the earnings of S&P 500 companies with large international operations by up to $100 billion this year. Still, Schutte noted that these “losses” are more of an “accounting convention.”

“I generally do think that investors, especially longer-term ones, would look through that,” he said.

The most harmful effects of a strong dollar occur outside the US, making it nearly impossible for lower-income countries—with national debts denominated in dollars—to pay back their creditors or buy enough basic goods. That painful reality has been on display in Sri Lanka, which was forced to default on its debts in May as its currency depreciated.

People queue up to get kerosene for cooking due to the gas shortage in Colombo, Sri Lanka, June 17, 2022.
Ajith Perera—Xinhua/Getty Images

The South East Asian nation has now run out of U.S. dollars to pay for critical imports, leading to mass protests as citizens face starvation and wait in long lines for fuel.

“Every country that has large liability in dollars is a cause for concern,” Marcello Estevão, the World Bank’s global director for macroeconomics, trade, and investment, told the Wall Street Journal this week.

Where is the dollar headed from here?

While the dollar has had one of its best years in history so far in 2022, most experts believe it is nearing its peak.

“The dollar is expensive, it’s overvalued relative to its peers,” Northwestern Mutual’s Schutte said. “If you look back to 2001, you’re at similar levels of the dollar being overvalued, relative to other currencies, which did launch a 10-year time period of international outperformance that was largely driven by the dollar actually falling.”

Schutte pointed to purchasing power parity—or the idea that a given basket of goods should revert to a somewhat equal price around the world over the long run—as a key indicator that the dollar may be “overvalued.”

“One of the best measures of that is the Economists’ Big Mac Index, where you look at the price of that bun, that special sauce, the patties and everything else, and evaluate it around the world,” Bailard’s Eric Leve said. “It’s one of those ways that we can state that a currency is too cheap versus the dollar, given that all the components of a Big Mac are essentially global.”

The latest Big Mac Index was released on Thursday, and it showed that “nearly all currencies are undervalued against the dollar.”

Most experts that Fortune interviewed argued this shows that the dollar will likely see its value wane by the end of the year.

Northwestern Mutual’s Schutte noted that other central banks are “catching up” to the Fed with interest rate hikes, and there are some signs that U.S. inflation may be quietly coming down, including a recent commodity price retreat and falling inflation expectations on Wall Street. That could lead the Fed to less aggressive interest rate increases moving forward, slowing the dollar’s rise.

For investors, that means that non-U.S. equities may begin to look attractive by the end of the year.

“The strong dollar has made investing in non-U.S. equities pretty painful recently,” Leve said. “But I think as we look forward…we will see the dollar move from being a headwind to non-US equity investing to a tailwind.”

Not every expert sees the dollar nearing its peak, however. CFRA Research’s Sam Stovall said his economists have forecasted a strengthening dollar throughout the year and into 2023.

“As the Fed continues to raise rates, and at a pace that is equal to or greater than other central bankers, then I would say that that could continue to attract foreign investors to the U.S,” he said. “And also, as the threat of recession remains paramount. I think that would cause investors to want to continue to search for the dollar as a safe haven.”