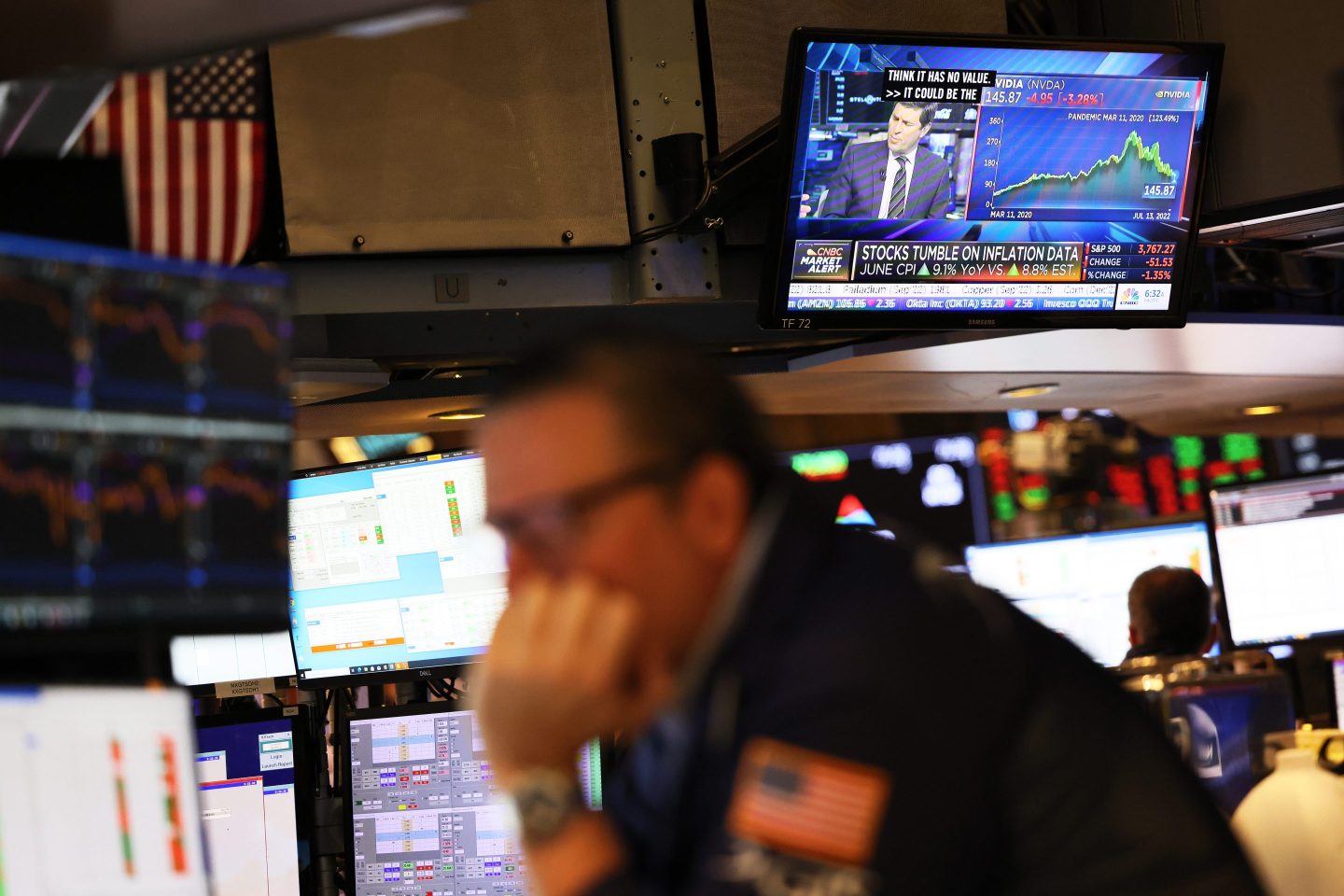 It’s not just the weather that’s scorching hot. Inflation has been on a tear, hitting 9.1% year-over-year in June. And one top investment officer is worried the Street still isn’t properly assessing the path of inflation and how it might impact trading as we head further into 2022.

“I think what Wall Street doesn’t realize or hasn’t quite embraced yet—and I think is lying in the forward looking data here—is I think the inflation data is going to whipsaw here hard in the next couple of months,” and fall lower, Darrell Cronk, Wells Fargo’s CIO for Wealth and Investment Management and president of Wells Fargo Investment Institute, told Fortune.

He argues that “frankly, the question isn’t whether it’s peak inflation. The question is: how durable, how broad it is, and how quickly it comes down.” His worry is that investors may have a false sense of security if inflation quickly cools off.

“I would be careful,” Cronk warned. “Would inflation coming down be good news? Absolutely. But you have to understand why [it is] coming down, and part of it is the baseline effects of the year-over-year math.”

He points to a host of other factors—like declines in commodity prices and real wages—that suggest the July and August CPI, or consumer price index, prints are “going to come down hard.” His concern for investors is that “that’s going to have Wall Street convinced that the inflation battle is won—that all of a sudden we came off the peak 9.1% and inflation is decelerating quickly,” which could prompt investors to load back into “some of the old non-inflation trades, like aggressively long tech or some of the long duration-type assets,” he said. He doesn’t think Wall Street has “figured out yet” how that would impact near-term positioning in the market.

The problem is that hypothetically, even if inflation were to come down to 7% or 6% year-over-year, the Fed’s inflation target is still around 2%, Cronk notes. “Getting it from 6% to 5% and 5% to 4% and 4% to 3% is going to be really hard, right? It’s going to take a lot of work by tightening financial conditions and demand destruction,” he noted. “Something has to give there: either the [Federal Reserve] then blinks and says, ‘Okay, maybe we don’t need it at 2%, 2.5%,’ or they hold the line [and] keep raising interest rates [and] keep doing quantitative tightening…which would be hard on the economy and hard on risk assets,” he said. Currently the Fed is on track to keep aggressively hiking interest rates to tame inflation, with some expecting the Fed to hike by another 0.75 basis points later this month.

Given how hot inflation is, Cronk isn’t convinced the Federal Reserve will take its foot off the gas, even if the stock market starts to suffer: “They’re gonna lose credibility.”

Ultimately, he cautions investors that while there could be “a good trading opportunity” in this scenario, they should “be careful not to assume that we’re back to early cycle dynamics and get out over your skis on positioning.”

And Cronk isn’t optimistic about the latest rally in equities, either. The S&P 500 is up about 6% in the past month, but according to Cronk, this looks like “a little bit of a bear market rally,” and that “we’re at a tenuous point in the markets,” he said.

Given technical support and resistance levels, he says he’d wait until the 3,500 level to start adding to positions (the S&P 500 closed at around 3,999 on Thursday).

The Fed’s “tightening of financial conditions, along with…earnings rolling over, I think, are gonna lead to a challenging second half here.”