With the U.S. dollar nearly equal to the euro for the first time in 20 years, the impact is already being felt by Americans 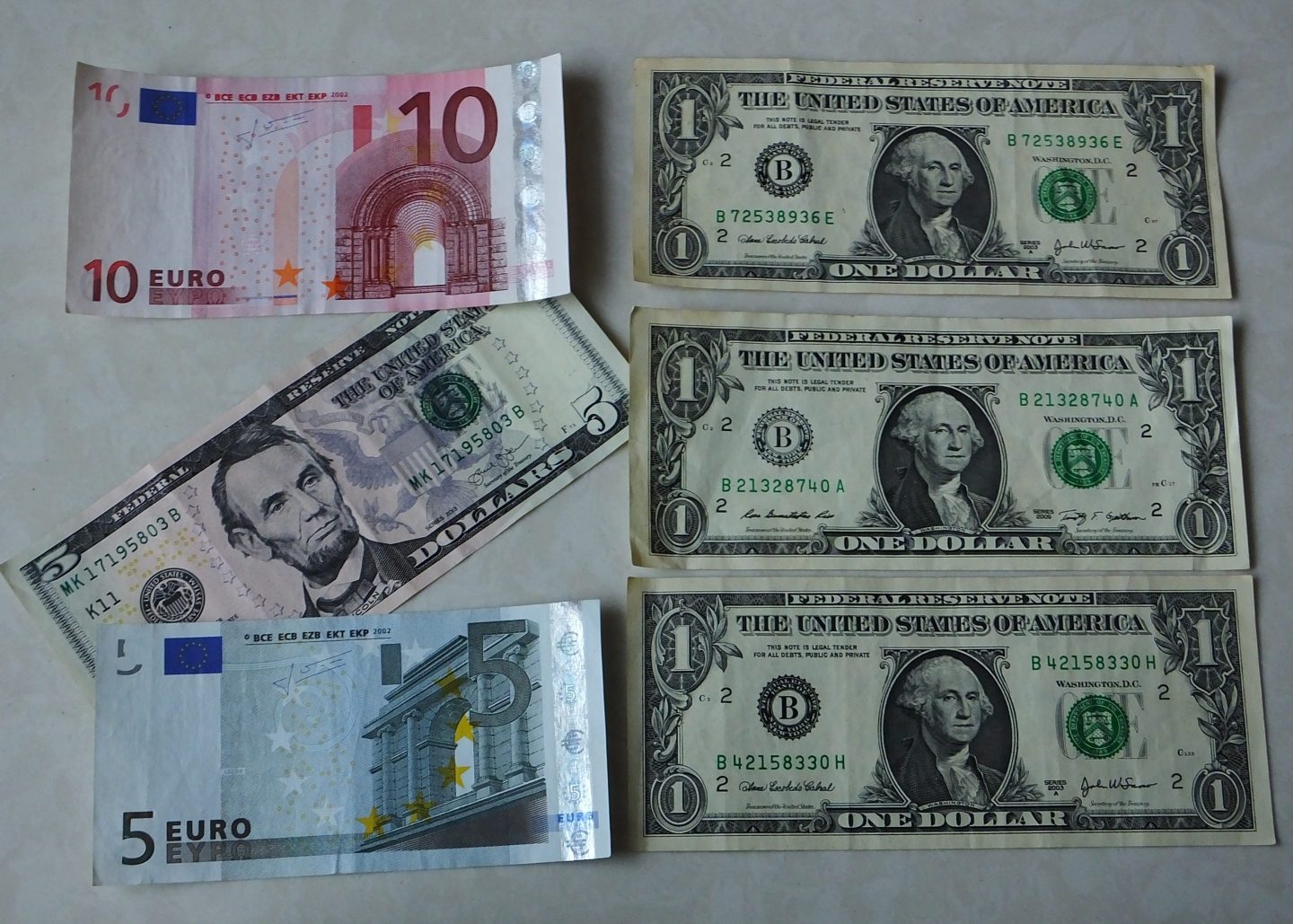 For the first time in two decades, the U.S. dollar is nearly equal in value to the euro.
CFOTO—Future Publishing/Getty Images

The U.S. dollar has been surging so much that it’s nearly equal in value to the euro for the first time in 20 years. That trend, though, threatens to hurt American companies because their goods become more expensive for foreign buyers. If U.S. exports were to weaken as a result, so, too, would the already-slowing U.S. economy.

Yet there’s a positive side for Americans, too: A stronger buck provides modest relief from runaway inflation because the vast array of goods that are imported to the U.S.—from cars and computers to toys and medical equipment—become less expensive. A strengthened dollar also delivers bargains to American tourists sightseeing in Europe, from Amsterdam to Athens.

The U.S. Dollar Index, which measures the value of American money against six major foreign currencies, has jumped nearly 12% this year to a two-decade high. The euro is now worth just under $1.02.

The dollar is climbing mainly because the Federal Reserve is raising interest rates more aggressively than central banks in other countries are in its effort to cool the hottest U.S. inflation in four decades. The Fed’s rate hikes cause yields on U.S. Treasurys to rise, which attracts investors seeking richer yields than they can get elsewhere in the world. This increased demand for dollar-denominated securities, in turn, boosts the dollar’s value.

Also contributing to the currency’s appeal, notes Rubeela Farooqi of High Frequency Economics, is that despite concern about a potential recession in the United States, “the U.S. economy is on firmer footing compared to Europe.’’

Not since July 15, 2002, has the euro been valued at less than one dollar. On that day, the euro blew past parity with the dollar as huge U.S. trade deficits and accounting scandals on Wall Street pulled down the U.S. currency.

This year, the euro has sagged largely because of growing fears that the 19 countries that use the currency will sink into recession. The war in Ukraine has magnified oil and gas prices and punished European consumers and businesses.

In particular, Russia’s recent reduction in natural gas supplies has sent prices skyrocketing and raised fears of a total cutoff that could force governments to ration energy to industry to spare homes, schools and hospitals. (European leaders have denounced Moscow’s move as an effort to blackmail Europe for backing Ukraine and embracing Western sanctions in the aftermath of Russia’s invasion.)

Economists at Berenberg bank have calculated that at current rates of consumption the added gas bill would be 220 billion euros ($224 billion) over 12 months, or a whopping 1.5% of annual economic output.

“This war is a ‘body-blow’ to Europe,’’ Robin Brooks, chief economist at the institute of International Finance banking trade group, tweeted this week. “It undercuts Germany’s growth model that’s based on cheap Russian energy. Europe is facing a seismic shift, and (the) euro needs to fall to reflect that.’’

A European slowdown could eventually give the European Central Bank less leeway to raise rates and moderate economic growth to address its own inflation problem. The ECB has announced that it will raise its key interest rate by a quarter-point when it meets later this month and possibly by up to a half point in September. A weaker euro feeds inflationary pressures by making imports to Europe more expensive.

Analysts at UniCredit said global recession fears were a prime driver in foreign exchange markets “amid the general view that the Fed might ultimately have more opportunity than many other central banks’’ to raise rates. The analysts also noted the dollar’s role as a globally recognized safe haven, in light of recent financial market turmoil, as another factor that’s boosting demand for the buck.

In the meantime, the dollar’s rise is complicating an already uncertain outlook for the United States, the world’s biggest economy. On the one hand, the stronger greenback makes foreign goods less expensive for Americans and eases inflationary pressures. But not by much.

Mark Zandi, chief economist at Moody’s Analytics calculates that a 10% rise in the dollar over the past year, against the currencies of its trading partners, reduced inflation by about 0.4 percentage point. Though Zandi calls that a “meaningful’’ impact, he notes that consumer prices have soared 8.6% over the past year, the biggest year-over-year gain since 1981.

And a sturdier currency takes a toll on U.S. companies that do business overseas. For one thing, it erodes the profits of multinational companies that rely on overseas sales. The stronger dollar makes their foreign revenue worth less when they convert it to dollars and bring it home the United States. Microsoft, for example, last month downgraded the outlook for its April-June earnings “due to unfavorable foreign exchange rate movement.’’

“The stronger dollar,” Zandi said, “weighs on (economic) growth as it results in reduced exports, more imports and thus a wider trade deficit.”

Indeed, a growing trade gap subtracted 3.2 percentage points from U.S. economic growth in the January-March period. That was the main reason why the nation’s gross domestic product—the broadest gauge of economic output—shrank at a 1.6% annual rate in the first quarter.

Economists say the risk of recession is already rising in the United States as the Fed raises borrowing costs and consumers deplete the savings they built up during the pandemic.

“The strength of the dollar,’’ said Eswar Prasad, an economist at Cornell University and the Brookings Institution, “will certainly do no favors for U.S. exporters.’’