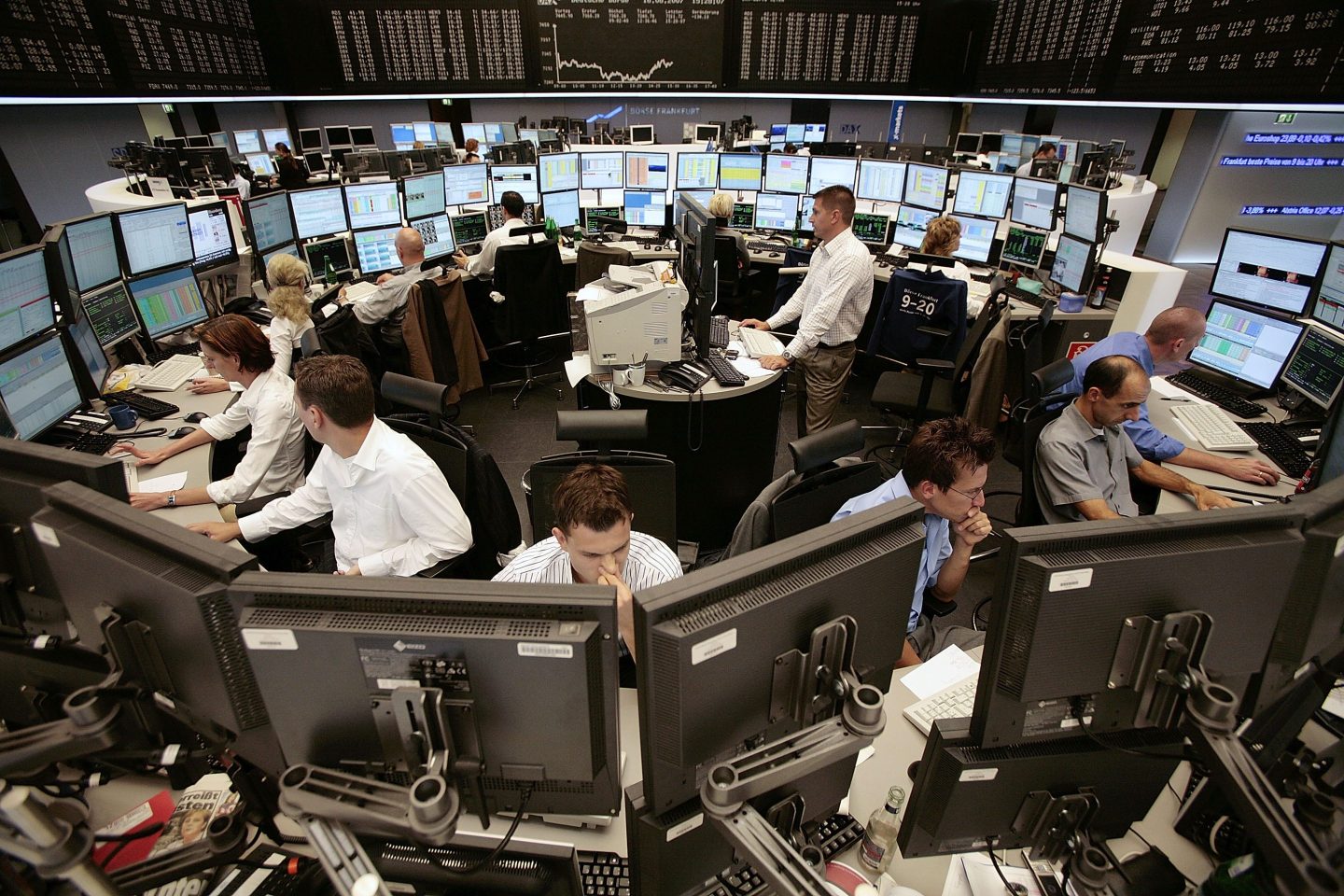 The U.S. stock market has had quite a year.

Tech and retail stocks have taken big hits; investors hold their breath every time Federal Reserve Chair Jerome Powell takes the stage; and America might be headed for a recession, if it’s not in one already.

But a glance eastward shows that it could be a lot worse.

A recession may already be happening in Europe, and analysts from Goldman Sachs are warning that contracting economies there could have a major effect on European stocks.

“Despite concerns that investors have about the U.S. equity market, we believe it offers greater absolute and risk-adjusted return potential than recession-plagued European markets,” Goldman analysts, led by chief U.S. equity strategist David Kostin, wrote in a note to clients on Monday.

“The path of U.S. growth may be uncertain, but the economic situation in Europe is dire.”

The economic outlook in Europe has been in steady decline for months, largely owing to a drop in natural gas supplies from Russia, Europe’s largest energy supplier.

Wholesale natural gas prices have surged since the Russian invasion of Ukraine over six months ago, and Russian energy companies have been unafraid to turn off the taps to Europe in response to Western sanctions. Last week, Moscow officials confirmed that the main pipeline supplying Europe with Russian gas would not resume full operations until the West lifted its sanctions.

The gas supply crunch has led to soaring energy bills and rising inflation across the continent, cutting into consumers’ spending ability, which is also raising recession fears.

In the U.K., the cost of living has soared, with energy bills set to spike a record 80% by the end of the year. Rising energy prices, combined with high food prices, is even pushing some U.K. schools to have to choose between serving proper lunch portions and heating classrooms.

The worsening economic situation in Europe has led to a declining view over the past few months toward the continent’s markets. In June, high-profile American hedge fund manager Ray Dalio took a highly publicized short position on dozens of European companies, betting as much as $10.5 billion that their value would decline in the near future.

Dalio has since cut back most of his short positions in Europe, but that does not mean that the market outlook on the continent is getting any better.

Last month, analysts from the investment bank forecasted a U.K. recession to begin during the fourth quarter of this year. Earlier this month, the British Chambers of Commerce warned that the country is already in a recession, citing rapidly rising energy costs and a decline in consumer spending.

In July, Goldman economists forecasted a “clear recession” making landfall in several European countries during the second half of 2022, including Germany and Italy, and predicted a “sharper” downturn in the event that natural gas supply from Russia becomes more limited.

In its latest note, Goldman analysts wrote that while the risk of U.S. recession does present a “source of risk to our forecast,” U.S. stocks are still a better bet than European ones.