Job openings surge unexpectedly in July, with about 2 positions open for every unemployed person 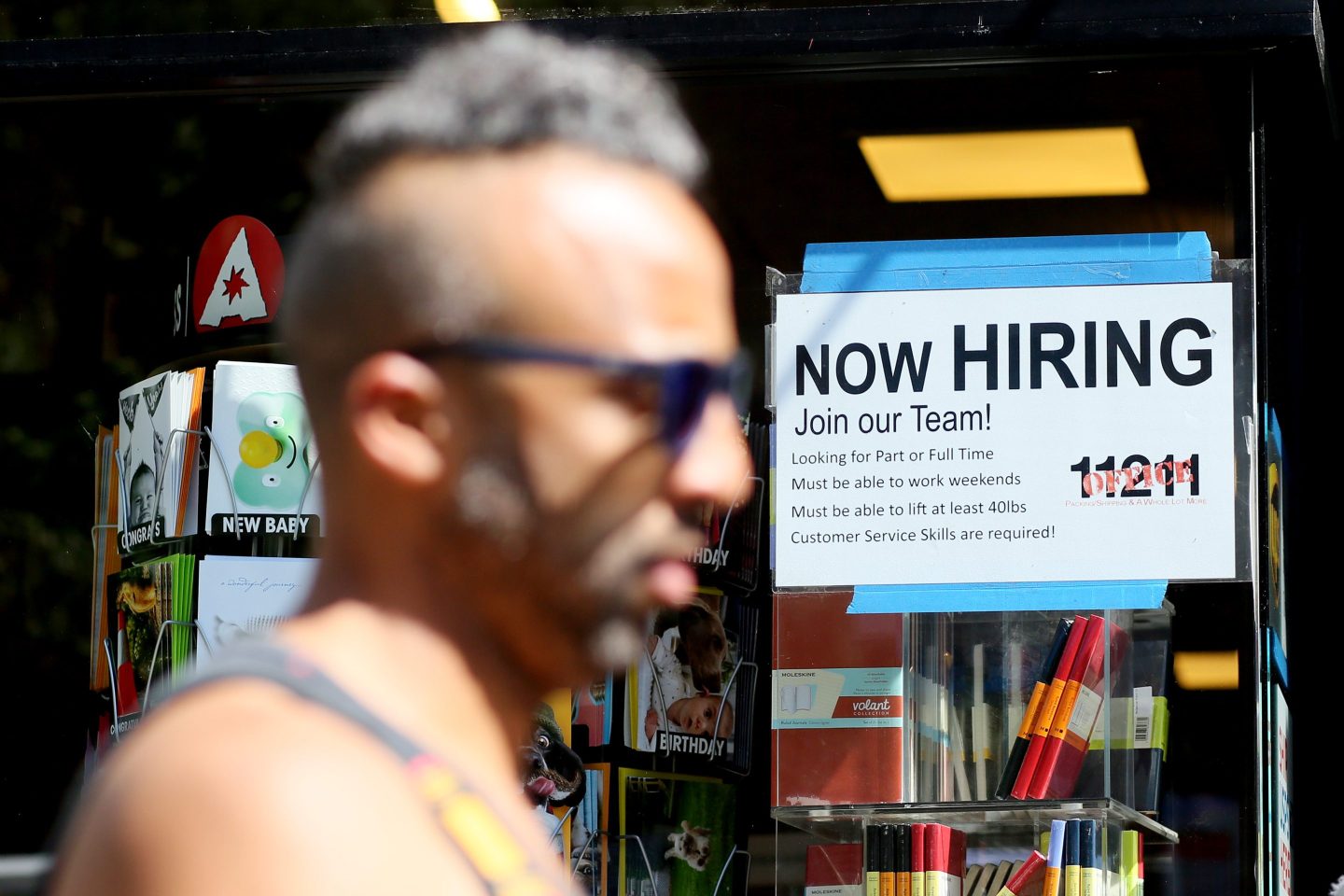 There are a lot of jobs out there, at least on paper.
John Smith—VIEWpress/Getty Images

U.S. job openings rose unexpectedly in July after a sizable upward revision to the previous month, underscoring persistent tightness in the labor market as employers compete for a limited supply of workers.

The number of available positions edged up to 11.2 million in the month—topping all estimates—from a revised 11 million in June, the Labor Department’s Job Openings and Labor Turnover Survey, or JOLTS, showed Tuesday.

The median estimate in a Bloomberg survey of economists was for a decline to about 10.4 million from a previously reported 10.7 million.

Vacancies have exceeded 11 million since late last year and the unemployment rate remains historically low, underscoring the strength of the US jobs market. The imbalance between labor demand and supply continues to drive robust wage growth that complicates Federal Reserve efforts to tamp down inflation.

There were about two jobs for every unemployed person in July, up from 1.9 in June. Some of the largest increases in vacancies were in retail trade, and transportation, warehousing and utilities. Arts, entertainment and recreation also posted more openings from the prior month.

Some 4.2 million Americans quit their jobs in July, down slightly from June. The quits rate, a measure of voluntary job leavers as a share of total employment, edged down to a more than one-year low of 2.7%.

Layoffs were little changed from a month earlier and hires edged down.

A separate report this morning showed 48% of Americans said jobs were “plentiful” in August, down from the prior month and the smallest share since April 2021. The Conference Board survey also showed consumer confidence rose this month to the highest since May amid falling gasoline prices.

The JOLTS data precede Friday’s monthly jobs report, which is currently forecast to show the US added about 300,000 payrolls in August. Economists are expecting the unemployment rate to hold at 3.5%—matching a 50-year low—and for average hourly earnings to post another firm advance.