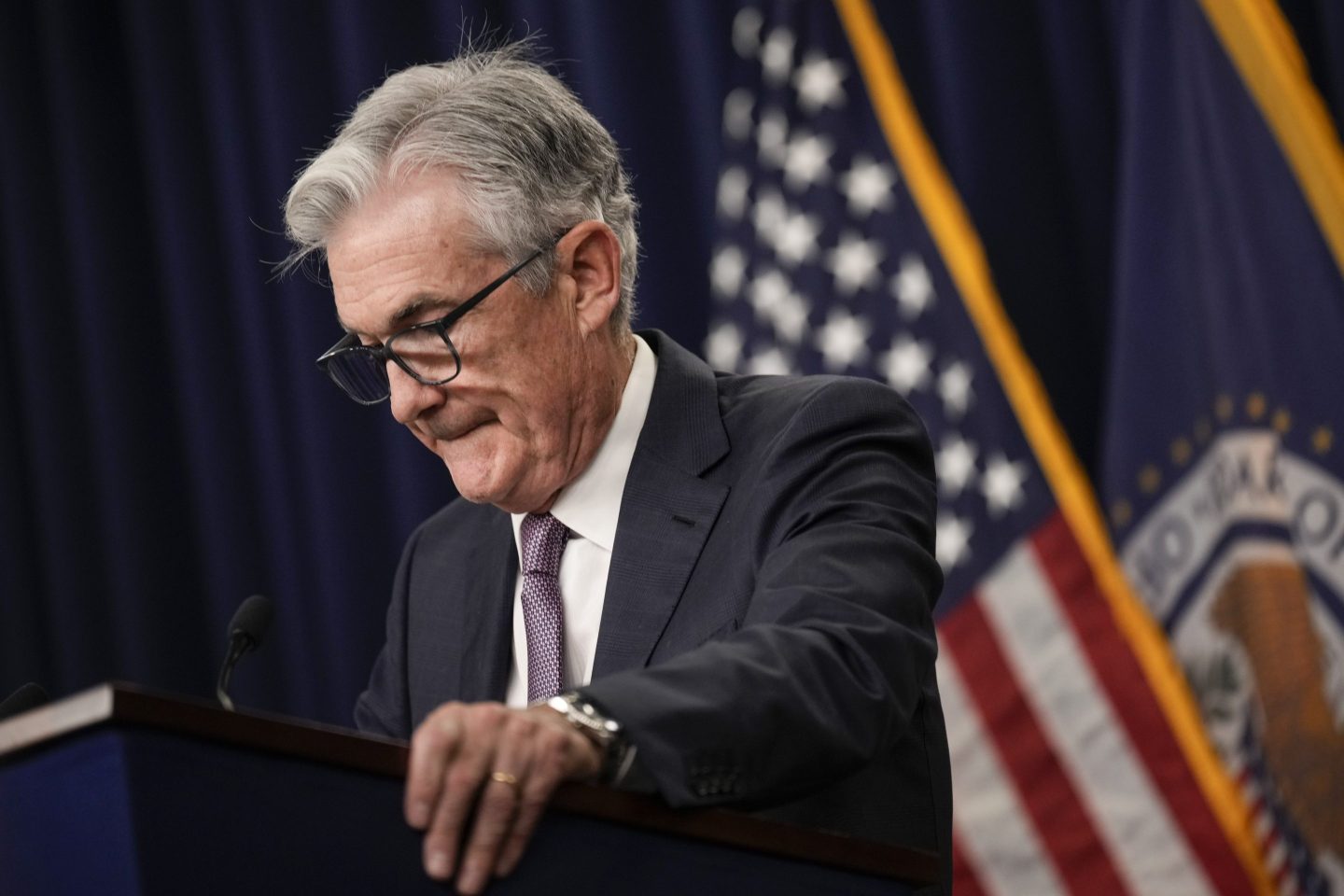 The Federal Reserve has buckled down on its battle against inflation in 2022, with Chair Jerome Powell arguing that price stability is now “unconditional,” even if the path to get there isn’t “painless” for Americans.

The central bank has raised interest rates five times this year, marking the fastest pace of rate hikes since the 1980s.

It’s a hawkish shift that came after a raft of criticism from Wall Street and top economists, who have repeatedly argued that Fed officials were wrong to claim inflation was “transitory” in 2021.

Economists like former Treasury Secretary Larry Summers and the president of Queens’ College at the University of Cambridge, Mohamed El-Erian, believe that the Fed blew up an asset bubble and exacerbated inflation when it extended supportive policies meant to ensure a vigorous economic recovery long after pandemic restrictions subsided last year.

Now, though, a new chorus of criticism is beginning to emerge from Wall Street. One that warns not of the risk of excessive inflation and overly loose monetary policy, but instead of the risk of recession amid an overtightening of financial conditions.

“We continue to believe that the Fed is making yet another policy mistake,” Jay Hatfield, CEO of Infrastructure Capital Management, told Fortune, arguing that the central bank’s interest rate hikes are now overly aggressive.

Hatfield said that the Fed is “behind the curve”—raising rates even as inflation slows—because it focuses on lagging indicators like the unemployment rate, inflation expectations, and the consumer price index (CPI).

He argues that central bank officials should instead use “leading indicators” like the money supply, currency exchange rates, and energy prices, noting that the Fed’s policies have already led to “a collapse” in commodity prices since June, soaring mortgage rates, and a significant decline in the stock market.

On top of that, the Fed has already reduced the money supply by 15% this year as it continues to shrink its balance sheet, which swelled to nearly $9 trillion during the pandemic, Hatfield said.  That’s the fastest decline in the U.S. money supply since the Great Depression.

The Fed used a policy called quantitative easing—which involves purchasing mortgage-backed securities and government bonds in order to increase the money supply, thereby spurring lending and investment—to help boost the economy after the pandemic. But now it has flipped the script, opting to shrink its balance sheet and reduce the money supply through quantitative tightening in its fight against inflation.

“The impacts of the 15% decline in the monetary base are very likely to cause a steady decline in inflation over the next year,” Hatfield said. “Consequently, the current rapid increase in the Fed Funds rate is not necessary and significantly increases the risk of recession in the U.S., despite tailwinds from the end of the pandemic.”

“The risk to the economy today is that of a Fed that overtightens policy from here, without allowing for the time required for a very large, broad, and flexible economy to adjust to these new levels of interest rates and money flowing through the system,” he said.

However, Rieder added that he believes the Fed may shift back to a more doveish stance over the coming months that rewards stocks and other risk assets, hinting at what market watchers commonly call a Fed “pivot.”

“The Fed should be closer, after today, to being receptive to signs of inflection points. We think they are, and are looking for places to pause and watch their aggressive policy work through its way through the system. The odds are that they see those signs over the coming months,” he said.