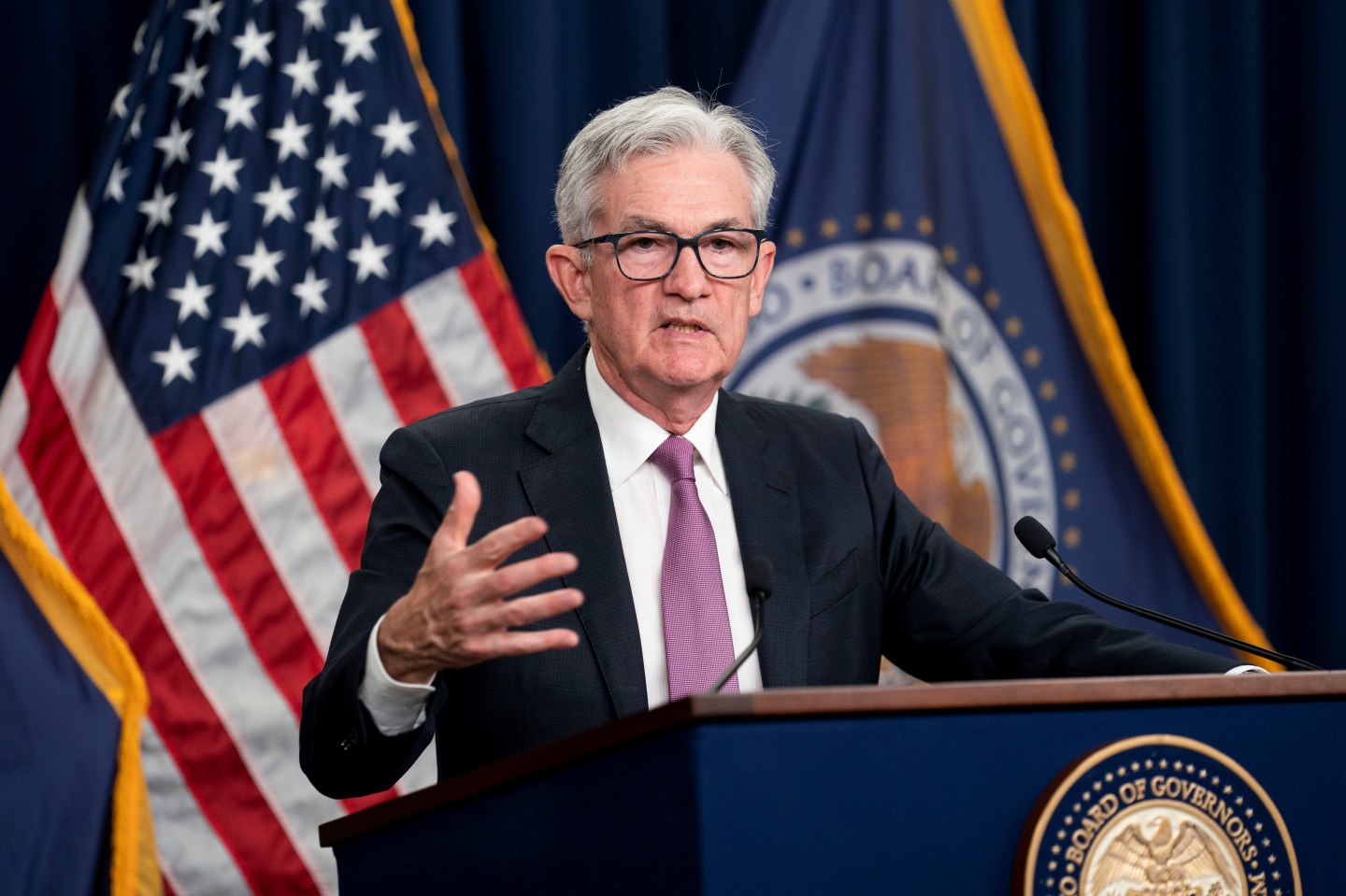 Federal Reserve officials raised interest rates by 75 basis points for the third consecutive time and forecast they would reach 4.6% in 2023, stepping up their fight to curb inflation that’s persisted near the highest levels since the 1980s.

In a statement Wednesday following a two-day meeting in Washington, the Federal Open Market Committee repeated that it “is highly attentive to inflation risks.” The central bank also reiterated it “anticipates that ongoing increases in the target range will be appropriate,” and “is strongly committed to returning inflation to its 2% objective.”

Chair Jerome Powell will hold a press conference at 2:30 p.m.

The decision, which was unanimous, takes the target range for the benchmark federal funds rate to 3% to 3.25% — the highest level since before the 2008 financial crisis, and up from near zero at the start of this year.

For Bloomberg’s TOPLive blog on the Fed decision and press conference, click here

Officials expect the benchmark rate to rise to 4.4% by year end and 4.6% during 2023, according to the median estimate in updated quarterly projections published alongside the statement. That indicates a fourth-straight 75 basis-point hike could be on the table for the next gathering in November, about a week before the midterm elections.

The projections, which showed a steeper rate path than officials laid out in June, underscore the Fed’s resolve to cool inflation despite the risk that surging borrowing costs could tip the US into recession.

Before the release, traders expected rates to reach 4.5% in early 2023 before falling about a half point by the end of the year.

Powell and his colleagues, slammed for a slow initial response to escalating price pressures, have pivoted aggressively to catch up and are now delivering the most aggressive policy tightening since the Fed under Paul Volcker four decades ago.

The updated forecasts also showed unemployment rising to 4.4% by the end of next year and the same at the end of 2024 — up from 3.9% and 4.1%, respectively, in the June projections.

Estimates for economic growth in 2023 were marked down to 1.2% and 1.7% in 2024, reflecting a bigger impact from tighter monetary policy.

Inflation peaked at 9.1% in June, as measured by the 12-month change in the US consumer price index. But it’s failed to come down as quickly in recent months as Fed officials had hoped: In August, it was still 8.3%.

Job growth, meanwhile, has remained robust and the unemployment rate, at 3.7%, is still below levels most Fed officials consider to be sustainable in the longer run.

The failure of the labor market to soften has added to the impetus for a more-aggressive tightening path at the US central bank.

Fed action is also taking place against the backdrop of tightening by other central banks to confront price pressures which have spiked around the globe. Collectively, about 90 have raised interest rates this year, and half of them have hiked by at least 75 basis points in one shot.