‘There was that growing activist in me’: Why Roz Brewer left Starbucks to become Walgreens CEO 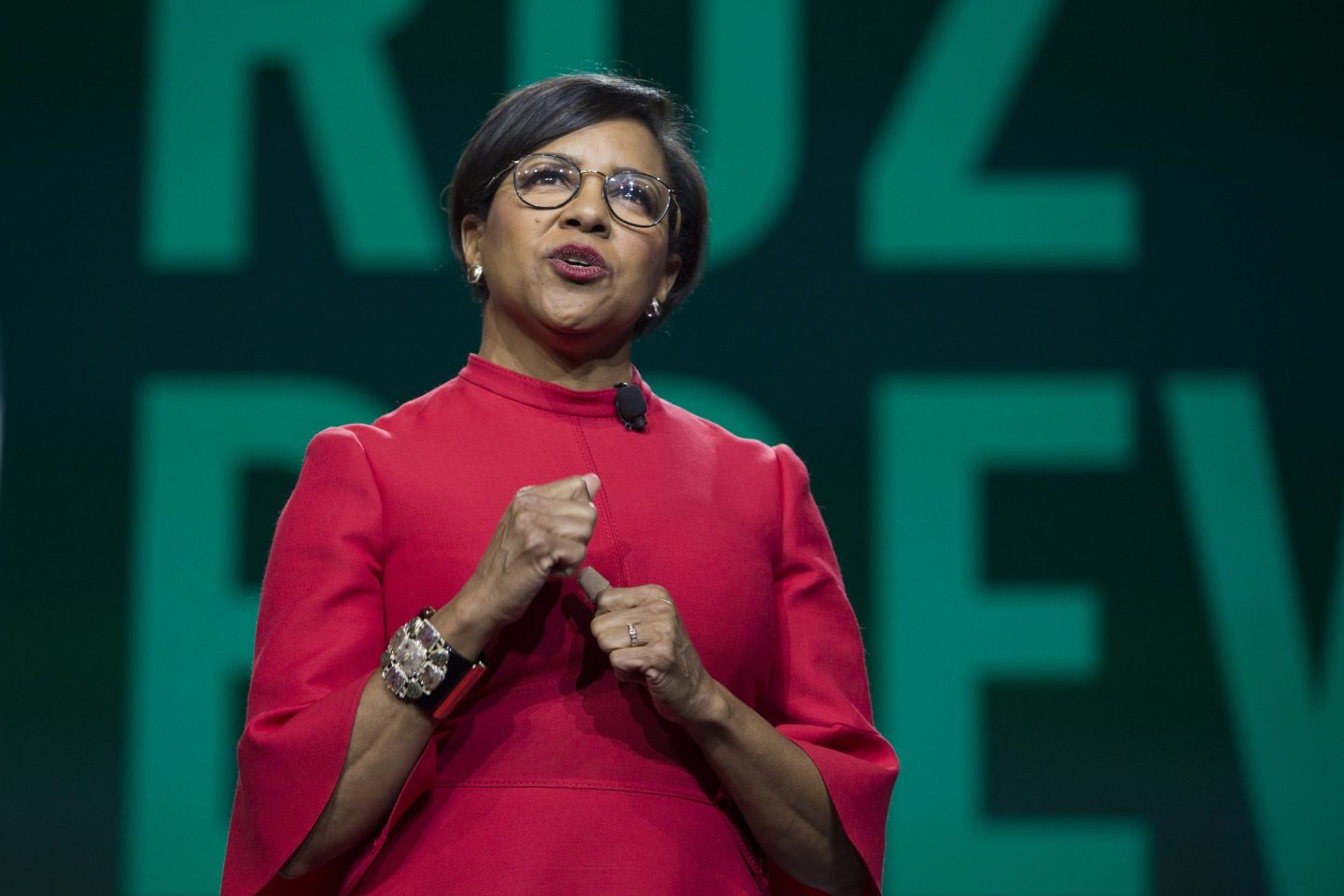 Rosalind “Roz” Brewer, then Starbucks COO and group president, speaks at the annual meeting of shareholders in Seattle on March 20, 2019.
JASON REDMOND—AFP/Getty Images

The Fortune Most Powerful Women Summit began yesterday evening in Laguna Niguel, Calif., with Walgreens CEO Roz Brewer onstage to discuss her decision to leave her job as COO of Starbucks and join the drugstore chain during the pandemic. It was clear she saw it as an opportunity to transform health care.

“I was loving Starbucks. I thought that was the best job ever. [But when the pandemic hit] and things were happening around me, there was that growing activist in me, and I felt that it wasn’t enough…Health care has always been ripe for disruption. I saw it as a problem ready to burst. It was time for me to take everything I had learned and put it against one of the greatest problems we have ever faced.”

She also hinted that she may have had some differences of opinion with former CEO Kevin Johnson. “We were good partners, but I saw my potential [to be a CEO] at that point.”

Brewer is one of only two Black women CEOs of Fortune 500 companies. (The other, TIAA CEO Thasunda Brown Duckett, will be on the MPW stage today.) She said being the only Black woman in the room “is never a good feeling.”

“I’m still walking in being the only one in the room. It doesn’t feel good to be the only. This should be moving much faster than it is. I want to do as much as I can to change that.”

You can follow today’s action at the summit here. By the way, Megan Leonhardt has a smart story this morning about how to manage Gen Z employees. She quotes workplace expert Lindsey Pollak saying:

“Gen Z are not fundamentally different human beings. They have just grown up in a different country and culture. So don’t look at Gen Zers as different people, look at the culture in which they have grown up.”

More news below. And check out Fortune’s new list of the 15 Most Powerful Women in Startups here.

If it follows the proposals of expert advisers, the German government will effectively pay for everyone’s natural gas usage this December—consumers and businesses—then massively subsidize further usage up to a cap that’s designed to incentivize energy-saving. Altogether, the plan would cost around €90 billion ($87 billion). Germany’s neighbors, with whom the country is supposed to be showing energy-crisis solidarity right now, argue that Berlin would be giving German companies an unfair advantage over peers in the single market. Associated Press

The Bank of England is still scrambling to prop up the U.K.’s government bond market, with a new plan to buy as much as $22 billion of inflation-linked bonds this week alone. That was announced this morning; yesterday the central bank doubled the maximum size of its daily debt buybacks to $11 billion. None of this is confidence-inspiring, to put it mildly, especially when the BOE openly says “dysfunction in this market, and the prospect of self-reinforcing ‘fire sale’ dynamics pose a material risk to U.K. financial stability.” Reuters

The FT has an in-depth piece on the Israel-related legal clash between Ben & Jerry’s independent board and parent company Unilever, pointing out that the case “raises questions about the limits of corporate ethics as companies come under pressure to take stands on sensitive public issues from climate change to Black Lives Matter.” Financial Times

Cathie Wood just wrote an open letter to the Fed accusing it of stoking ‘deflation’ and looking at the wrong economic indicators, by Will Daniel

An Iranian protest song is dominating a new Grammy nominations category because of a wildly successful TikTok campaign, by Bloomberg

How executives can prioritize ethical innovation and data safety in A.I., by Kristine Gill

Small companies, big impact: Why startups loom large on the Fortune Change the World list this year, by Matthew Heimer

Updated: Odds of falling home prices in your local housing market, as told by one interactive map, by Lance Lambert