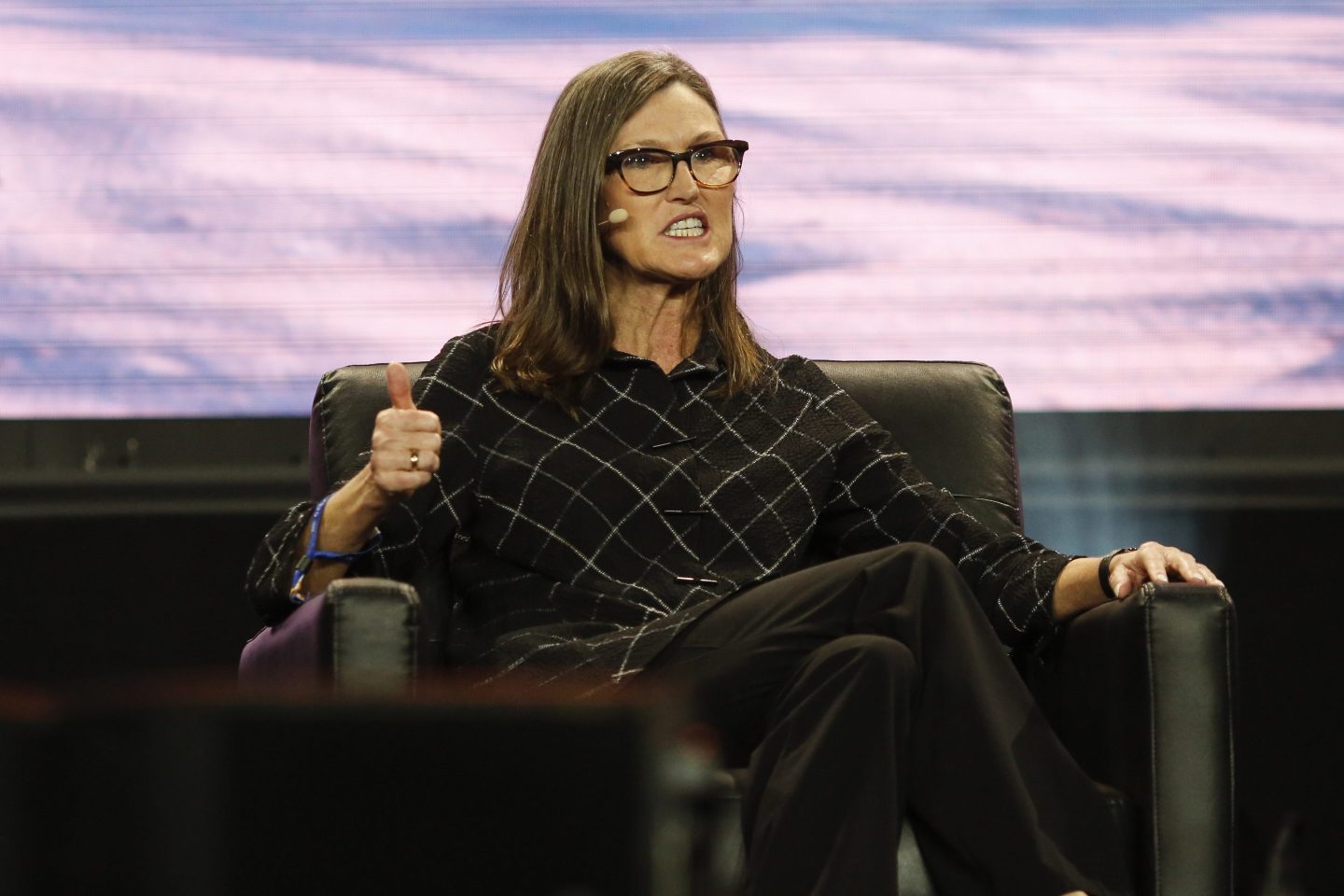 The Federal Reserve has raised interest rates at the fastest pace since the 1980s this year in an attempt to cure America’s inflation problem. But now, many economists and business leaders are beginning to question whether the medicine (rate hikes) could be worse than the disease (inflation).

Among those is Cathie Wood, the CEO and CIO of investment firm ARK Invest. On Monday, Wood penned an open letter to Fed officials accusing them of making a “policy error” with their interest rate hikes.

She argues that Chair Jerome Powell & Co. are using “lagging indicators”—including employment and headline inflation—to justify tighter monetary policy when they should be using “leading indicators” such as commodity, used car, and home prices that tell a very different story.

Wood, who began her career on Wall Street in the 1970s and served as AllianceBernstein’s chief investment officer for over a decade, believes that the Fed’s rapid rate rates in the face of a global economic slowdown will ultimately lead to persistent deflation worldwide—which can have devastating effects on economies.

Of course, rising interest rates have also hurt ARK Invest’s tech- and growth-focused funds in 2022, leading to billions in profits for short-sellers betting against her. After years of outperformance in low interest rate environments, ARK Invest and funds like it are facing a new reality as borrowing costs for growth-focused firms soar.

But on Monday, Wood said her concern was merely deflation and the potential for a global “bust” as a result of the Fed’s policies.

“Out of concern that the Fed is making a policy error that will cause deflation, we offered some data for our ‘data-driven’ Fed to consider as it prepares for its next decision on Nov. 2,” she wrote.

ARK Invest’s case against the Fed

Wood and her team of analysts at ARK Invest believe inflation is already on its way down, and in their letter to the Fed, they put together some evidence that they believe illustrates why.

First, they detailed the drop in key commodity prices in recent months, showing that copper prices, which are an important indicator of economic strength, are now down 31% from their peak, while lumber and oil prices have dropped 74% and 25%, respectively.

Second, they noted that home prices, which soared throughout the pandemic and exacerbated inflation, posted their first monthly drop since May 2020 in July, falling 0.6%, according to the Federal Housing Finance Agency.

Inventories at major retailers like Target, Nike, and Walmart have jumped dramatically this year as well, which could lead to discounts for consumers, Wood said. To her point, discounts in key categories like electronics and toys are expected to hit all-time highs this year, according to an Adobe Analytics study released on Monday.

On top of that, after soaring throughout the pandemic, wholesale used car prices fell 3% in September, according to Manheim’s used car index.

Wood argued that all of this data shows that inflation has peaked and is beginning to fall back down toward the Fed’s 2% target rate, which means more interest rate hikes rates aren’t necessary and could lead to a global “deflationary bust.”

While economists and consumers have been captivated by inflation’s rise over the past two years, in the decades before that, and particularly in the era after the Great Financial Crisis, deflation was the Fed’s main fear.

In August 2021, Fed Chair Jerome Powell said in a speech at an annual symposium in Jackson Hole, Wyo., that disinflationary forces including technological innovation, globalization, and “demographic factors,” have helped keep inflation at bay over the past 25 years.

“While the underlying global disinflationary factors are likely to evolve over time, there is little reason to think that they have suddenly reversed or abated,” he added. “It seems more likely that they will continue to weigh on inflation as the pandemic passes into history.”

This year, however, Powell has taken a new tone, arguing that price stability is “unconditional” and that he will continue fighting inflation even if there is some “pain” for Americans.

Wood believes these policies aren’t necessary, and that the deflationary impact of technological innovation will ultimately slay inflation with or without the Fed. But it’s important to note that the CEO has something to gain if the Fed reverses course.

The ARK Innovation ETF, for example, rose 152% in 2020 when low interest rates and stimulus spending helped fuel tech stocks to new heights. But this year, with the Fed tightening financial conditions, Wood’s flagship fund is down over 62%.

Many of ARK Invest’s innovation-focused tech investments that rely on debt-fueled growth to justify high stock prices are seeing their margins squeezed as borrowing costs soar. And at the same time, there are far fewer speculative tech investors in the markets these days, with predictions of an impending recession coming in day after day.

Tech-focused funds have struggled this year as a result, and a Fed pivot would definitely help turn things around.

But despite CEOs like Cathie Wood and Starwood Property’s Barry Sternlicht calling for the Fed to pause its rate hikes or even pivot to rate cuts, Fed officials have made it clear in recent weeks that they aren’t changing their plans anytime soon.

“You no doubt are aware of considerable speculation already that the Fed could begin lowering rates in 2023 if economic activity slows and the rate of inflation starts to fall. I would say: not so fast,” Atlanta Federal Reserve president Raphael Bostic said last week.