Investors are hoping a Fed pivot will come soon. But this Fed president says ‘not so fast’ 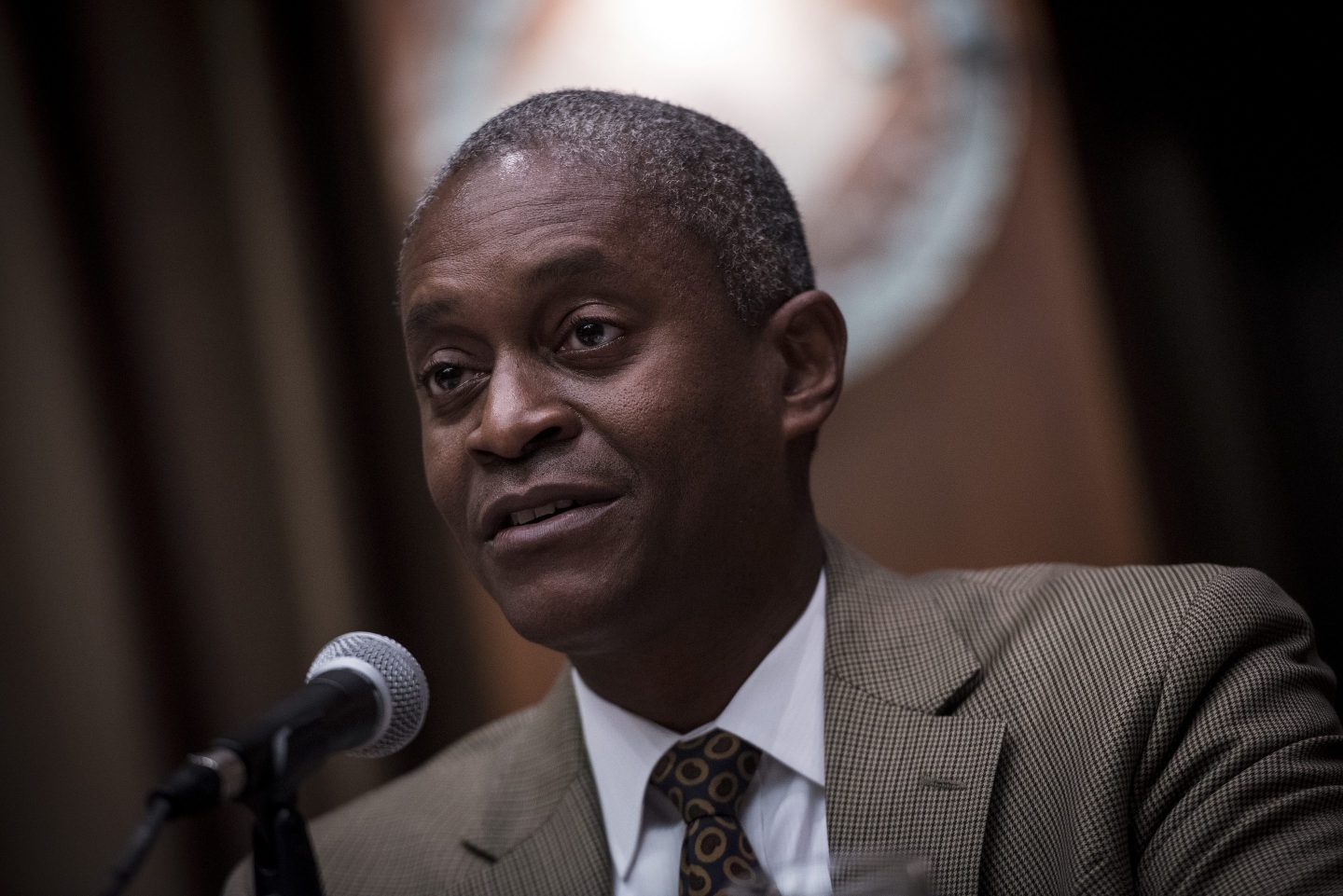 The stock market experienced a relief rally to start the week as investors began hoping the Federal Reserve would pivot from its aggressive inflation-fighting stance amid signs the economy is weakening.

Fed officials have raised interest rates five times this year and pulled liquidity from markets in an attempt to cool the economy and reduce inflation that’s near a 40-year-high.

As a result, paradoxically enough, many market watchers have been wishing for signs of economic weakness, arguing that bad news for the economy is evidence the Fed will soon pause its rate hikes—or even pivot to rate cuts—thereby boosting stocks.

“There were multiple factors driving the rally, but the main one was growing speculation that central banks could soon pivot towards a more dovish stance, particularly after the market turmoil over the last couple of weeks,” Deutsche Bank strategist Jim Reid wrote in a Tuesday note.

This “bad news is now good news” dynamic was seen on Monday after manufacturing data from the Institute for Supply Management showed that U.S. manufacturing activity grew at its slowest pace in more than two years in September, leading investors to believe a Fed pivot was near. And those hopes got another boost on Tuesday when Australia’s central bank slowed the pace of its interest rate hikes in a surprise move.

But in a Wednesday speech at Northwestern University’s Institute for Policy Research, Atlanta Federal Reserve President Raphael Bostic made it clear that a Fed pivot isn’t in the cards, reversing the market’s rally.

“You no doubt are aware of considerable speculation already that the Fed could begin lowering rates in 2023 if economic activity slows and the rate of inflation starts to fall. I would say: not so fast,” Bostic said. “Be assured that I am not advocating a quick turn toward accommodation.”

In his speech, Bostic called on fellow central bank officials to continue raising interest rates until inflation is verifiably under control, arguing that failing to ensure price stability will ultimately cause far more pain for Americans than the Fed’s current policies.

The Atlanta Fed president also warned that a failure by the Fed to crush inflation could trap its leaders in “stop-and-go” monetary policies from the 1970s that enabled a decade of stagflation.

Two Atlanta Fed economists, Federico Mandelman and Brent Meyer, examined central bank policies before and during the Great Inflation—from the late 1960s to the early 1980s—in a new study for Bostic.

“The main takeaway from their research is that history shows we must be resolute if we are to completely uproot inflation,” Bostic said. “What economists have come to call stop-and-go monetary policy—tightening in the face of rising inflation only to reverse course abruptly when unemployment rises—likely helped fuel inflation during the late 1960s and 1970s.”

The Atlanta Fed president went on to describe the mistakes by Federal Reserve officials during “the Great Inflation,” arguing they “reacted too quickly to changes in the real economy” like rising unemployment, without pushing inflation down to the 1% to 3% post–Korean War norm.

“Hence, instead of fading from the American psyche, inflation remained an ever-present danger to vigilantly guard against. That meant business leaders and workers anticipated higher future inflation rates as they set prices and bargained for wages. That is, inflation expectations became, in monetary policy parlance, unanchored,” he said.

The Fed was only able to end the Great Inflation after then chair Paul Volcker sparked two “painful” recessions in the early 1980s.

For Bostic, this history means that even if unemployment rises “uncomfortably,” the Fed must “resist the temptation” to reverse its inflation-fighting policies prematurely.

Fed officials are doubling down

Echoing Bostic’s comments, Minneapolis Fed President Neel Kashkari said on Thursday that the Fed is still “quite a ways away” from ending its interest rate hikes.

“We have more work to do,” he said at a talk hosted by Bremer Financial Corporation. “Until I see some evidence that underlying inflation has solidly peaked and is hopefully headed back down, I’m not ready to declare a pause.”

With multiple Fed officials saying rate hikes will continue until inflation declines sharply, Americans, and the stock market, will likely continue to experience some “pain” for some time.

“As the chair [Jerome Powell] noted, there could be short-term pain,” Bostic admitted in his Wednesday speech. “That may be the unfortunate cost of reducing inflation. Yet failing to restore price stability now would only lead to worse suffering later, as the work of our staff on the Great Inflation makes clear.”