Tesla’s first humanoid robot looks like a flop. Why it’s too soon to send Optimus to the scrap heap 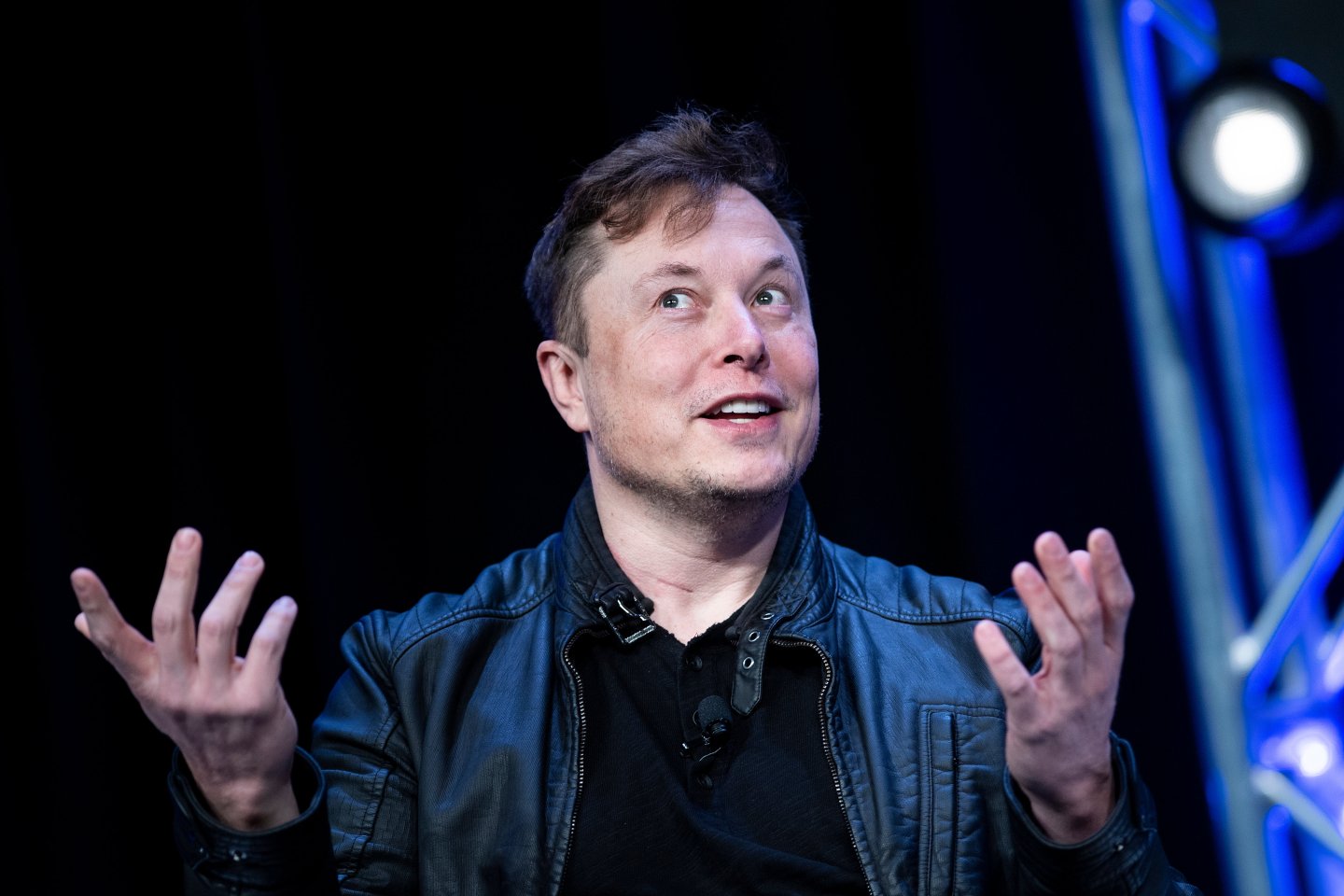 In what should be a surprise to nobody by now, reaction to Tesla’s debut late Friday of a long-awaited humanoid robot, Optimus, quickly morphed into an Elon Musk Rorschach test.

Those often frustrated with the Tesla CEO’s obnoxious grandiosity—primarily tech writers and nuts-and-bolts technicians—panned the unveiling as a massive disappointment.

They had good reason. One version of the robot could barely move and a supposedly more-advanced prototype had to be wheeled onto a stage. Robotics experts scoffed at Optimus’ rudimentary functionality, while social media users trolled Tesla by posting videos of robots built by Boston Dynamics performing parkour and gymnastics moves.

Musk’s legion of defenders, meanwhile, quickly ran to the defense of their philosopher king. They noted that Tesla’s A.I. know-how, manufacturing capacity, and history of defying skeptics make the company perfectly positioned to produce a world-changing robot in due course. Oh, and don’t forget Elon really, really loves humanity.

The back-and-forth, however, obfuscates a key question that will define whether Optimus’ introduction is the start of something grand or the beginning of an ill-fated corporate expedition: just how human could robots become?

To date, industrial robots have largely been designed to perform repetitive tasks that require little more than some now-basic programming. As a result of this limitation, robotics engineering has focused on mechanical movements.

In this regard, an outfit like Boston Dynamics is running well ahead of Tesla. The 30-year-old company, a Massachusetts Institute of Technology spinoff now owned by Hyundai, has produced remarkably agile and perceptive robots, putting Optimus to shame.

But advances in A.I. and machine learning could transform the possibilities of robots. Imagine an android capable not only of moving like a human, but thinking like a human.

This not-far-off prospect would advantage companies with advanced software platforms—and Tesla already ranks among the highest-tech software companies in the world.

“Pioneering robots across industries that can not only move perfectly, but act intelligently, is the next frontier,” Robert Ambrose, NASA’s former chief of software, robotics, and simulation, wrote this summer for Built In. “The software powering tomorrow’s robots will also streamline the complex interfaces we see on them today, making robots more accessible to all.”

Musk, for his part, appears to be banking on his company winning the robot-software battle. In their comments during the company’s A.I. event Friday, Tesla executives played up the A.I. potential of Optimus, noting that the early prototype runs on the similar software powering the company’s cars.

“You’ve all seen very impressive humanoid robots demonstrations, and that’s great, but what are they missing? They’re missing a brain,” Musk said Friday. “They don’t have the intelligence to navigate the world by themselves.”

Musk, in typical fashion, seemed to sluff off concerns about the technical limitations of lodging a human-like brain inside a man-made creation. He predicted an advanced version of Optimus could be commercially available within three to five years, at a cost of less than $20,000.

Yet for all of the remarkable breakthroughs spearheaded by Musk and his teams at Tesla, SpaceX, and other ventures, they’ve yet to crack truly revolutionary A.I. capabilities. For several years now, Musk has failed to deliver on promises of fully autonomous vehicle technology, the closest modern analogue to the idealized version of an intelligent Optimus. At this point, it’s fair to wonder if Musk’s vision for either product will take years or decades to fulfill.

“Optimus is a long shot,” Loup Ventures managing partner and longtime Tesla bull Gene Munster tweeted Saturday. “If it meets half of Musk’s ambitions over the next twenty years it will would (sic) be a material part of the Tesla investment case.”

Once again, Musk has an opportunity to prove his doubters wrong and acolytes right. To do that, he’ll need all the brainpower Tesla can muster.

A slip-up or a softening? Tesla fell short of Wall Street’s expectations for vehicle deliveries in the third quarter, putting the company in danger of missing its targets for 2022, The Wall Street Journal reported Sunday. The electric automaker shipped about 344,000 vehicles in the three months ending in September, below analyst estimates of 371,000 deliveries. Tesla CEO Elon Musk said the company struggled with some logistics issues during the quarter, though analysts worried that the delivery figures reflected weakening demand. Tesla shares slid 9% in mid-day trading Monday.

It’s on the docket. The Supreme Court agreed Monday to hear a case centered on tech companies’ liability for harmful content recommended to users by internal algorithms, NBC News reported. The plaintiffs allege that Google bears some responsibility for inciting attacks in France, including one that resulted in the death of a 23-year-old American college student, because its YouTube platform recommended videos that further radicalized a terrorist responsible for the killing. Google has argued it’s protected from lawsuits under a controversial portion of federal law known as Section 230, which shields companies from legal liability for content posted by users.

Not waiting around. Intel filed Friday for an initial public offering of its self-driving technology unit, Mobileye Global, charging ahead with plans to take it public despite an ice-cold market for new listings. Sources told Bloomberg that Intel expects that Mobileye, acquired in 2017 for $15 billion, could be valued at about $30 billion. Two companies have raised more than $1 billion on U.S. exchanges so far this year, down from 45 in 2021.

Keeping up with the SEC. Kim Kardashian agreed to pay $1.26 million to settle federal regulatory charges that she promoted a cryptocurrency and failed to meet legal requirements for disclosing compensation she received for the advertisement, the SEC announced on Monday. The allegations stemmed from a $250,000 payment made to the celebrity and entrepreneur in exchange for an Instagram post touting EMAX tokens, a digital asset offered by EthereumMax. Kardashian will not be allowed to promote crypto asset securities for three years as part of a settlement with the Securities and Exchange Commission.

Moving judiciously. Social media outfits aren’t waiting around for the day that the Supreme Court upends their business. The Washington Post reported Saturday that several high-profile companies are plotting workarounds to a potential ruling that would force them to host content they currently block from their platforms. While the Supreme Court hasn’t agreed to hear a case related to the issue, two conflicting rulings issued recently on social media censorship laws passed in Florida and Texas set the stage for the Supreme Court to take up the matter. Proponents of the laws argue social media platforms censor too much content posted by conservative-minded users, while company executives argue the moderation decisions constitute protected speech.

Despite their hope that the Supreme Court ultimately will reject the law, Silicon Valley companies are starting to prepare for worst-case scenarios, gaming out responses in planning exercises called “sandboxing,” said Carl Szabo, vice president and general counsel for NetChoice, one of the tech company lobbying groups that has challenged the Texas law. The group’s members include Meta, TikTok, Google, Nextdoor, and dozens of other services.

The strategizing falls into four general areas, the most radical of which includes the possibility of the companies shutting down their services entirely in Texas and potentially any other states where copycat bills have been introduced.

Tim Cook has some questions about the metaverse and says the ‘average person’ has no idea what it is, by Chris Morris

Tim Cook says he uses ‘a very good formula’ to look for Apple employees—these are the 4 traits he seeks out, by Chloe Taylor

‘The board is terrible’: Jack Dorsey slams Twitter execs for being too cautious, slow, and people-pleasing—the exact opposite of Elon Musk, by Tristan Bove

Bruce Willis denies selling the rights to his face despite appearing in deepfake Russian commercial, by Alice Hearing

Elon Musk could lose his Twitter case in Delaware. But what happens if he refuses to pay up?, by Matt O’Brien and The Associated Press

Toyota’s CEO cautions against electric vehicles hype, views them as just one option in his ‘department store’ of powertrains, by Keith Naughton and Bloomberg

Deploying some Catholic guilt? The world’s most prominent cell phone critic finally got his chance to bend the iPhone chief’s ear. Reuters reported that Pope Francis held a private audience Monday in the Vatican with Apple CEO Tim Cook amid the Silicon Valley executive’s tour of Europe. While Vatican officials customarily refused to disclose any information about the nature of the summit, the 85-year-old pontiff has taken several opportunities to bemoan the proliferation of cell phones. In one famous lament, the pope urged kids to stow away their phones at the dinner table and cease using them during Mass. Cook has spent time in the UK, Germany, and Italy during his weeklong jaunt.