Elon Musk could lose his Twitter case in Delaware. But what happens if he refuses to pay up? 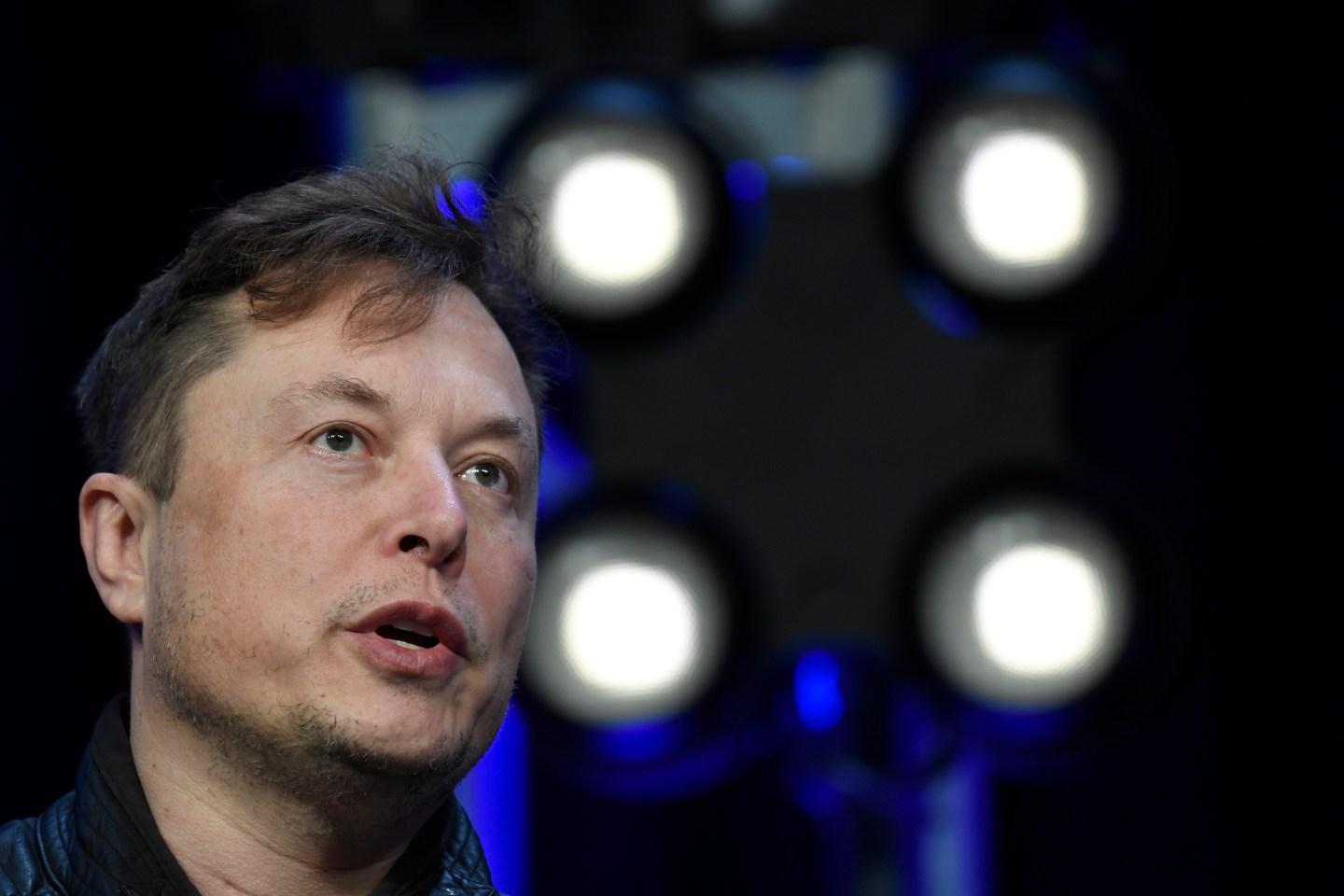 The Tesla billionaire's reputation for dismissing government pronouncements has some worried about how he’d react to an unfavorable ruling of the Delaware Court of Chancery, known for its handling of high-profile business disputes.
Susan Walsh—AP

Twitter wants a Delaware court to order Elon Musk to buy the social media service for $44 billion, as he promised back in April. But what if a judge makes that ruling and Musk balks?

The Tesla billionaire’s reputation for dismissing government pronouncements has some worried that he might flout an unfavorable ruling of the Delaware Court of Chancery, known for its handling of high-profile business disputes.

Musk hopes to win the case that’s headed for an October trial. He’s scheduled to be deposed by Twitter attorneys starting Thursday.

But the consequences of him losing badly — either by an order of “specific performance” that forces him to complete the deal, or by walking away from Twitter but still coughing up a billion dollars or more for breach of contract — has raised concerns about how the Delaware court would enforce its final ruling.

“The problem with specific performance, especially with Elon Musk, is that it’s unclear whether the order of the court would be obeyed,” retired Delaware Supreme Court Justice Carolyn Berger told CNBC in July. “And the courts in Delaware — courts all over — are very concerned about issuing a decision or issuing an order that then is ignored, flouted.”

Berger, who was also a vice chancellor of the Chancery Court in the 1980s and 1990s, stood by those concerns in an interview with The Associated Press but said she doubted the Delaware institution would go so far as to make him complete the deal.

“The court can impose sanctions and the court can kind of coerce Musk into taking over the company,” she said. “But why would the court do that when what really is at stake is money?”

Berger said she expects Twitter to prevail, but said a less tumultuous remedy for the company and its shareholders would make Musk pay monetary damages. “The court doesn’t want to be in a position to step in and essentially run this company,” she said.

Musk and his lawyers didn’t respond to requests for comment.

Other legal observers say such defiance is almost impossible to imagine, even from a famously combative personality such as Musk. He acknowledged he might lose in August in explaining why he suddenly sold nearly $7 billion worth of Tesla shares.

“I take him at his word,” said Ann Lipton, an associate law professor at Tulane University. “He wants to win. Maybe he’s got his own judgment as to what the odds are. But he’s also being sort of practical about this. He’s getting some cash ready so he doesn’t have to dump his Tesla shares if it turns out he is ordered to buy the company.”

A ruling of specific performance could force Musk to pay up his $33.5 billion personal stake in the deal; the price increases to $44 billion with promised financing from backers such as Morgan Stanley.

The Delaware court has powers to enforce its orders, and could appoint a receivership to seize some of Musk’s assets, namely Tesla stock, if he doesn’t comply, according to Tom Lin, a law professor at Temple University.

The court has made such moves before, such as in 2013 when it held Chinese company ZTS Digital Networks in contempt and appointed a receiver with power to seize its assets. But after coercive sanctions didn’t work, the receiver asked the court five years later to issue bench warrants calling for the arrest of two senior executives the next time they visited the U.S.

Speculation that Musk could be threatened with jail time for failing to comply with a ruling is unrealistic, said Berger. “At least, not for the Court of Chancery,” said the former judge. “That’s not the way the court operates.”

But more important, Lin said Musk’s legal advisers will strongly urge him to comply with the rulings of a court that routinely takes cases involving Tesla and other firms incorporated in the state of Delaware.

“If you are an executive at a major American corporation incorporated in Delaware, it’s very hard for you to do business and defy the chancery court’s orders,” Lin said.

Concerns about Musk’s compliance derive from his past behavior dealing with various arms of the government. In a long-running dispute with the U.S. Securities and Exchange Commission, he was accused of defying a securities fraud settlement that required that his tweets be approved by a Tesla attorney before being published. He publicly feuded with California officials over whether Tesla’s electric car factory should remain shut down during the early stages of the COVID-19 pandemic.

He’s also taken a combative approach in Delaware Chancery Court, calling an opposing attorney a “bad human being” while defending Tesla’s 2016 acquisition of SolarCity against a lawsuit that blamed Musk for a deal rife with conflicts of interest and broken promises. He and his lawyers have other Delaware cases still pending, including one involving his compensation package at Tesla.

“I think we’ve got a whole lot of players who, as loose a cannon as Elon Musk is, rely on the goodwill of the Delaware courts on an ongoing basis for their businesses,” Lipton said.

Musk’s argument for winning his latest Delaware case largely rests on his allegation that Twitter misrepresented how it measures the magnitude of “spam bot” accounts that are useless to advertisers. But most legal experts believe he faces an uphill battle in convincing Chancellor Kathaleen St. Jude McCormick, the court’s head judge who is presiding over the case, that something changed since the April merger agreement that justifies terminating the deal.

The trial begins Oct. 17 and whichever side loses can appeal to the Delaware Supreme Court, which is expected to act swiftly. Musk and Twitter could also settle the case before, during or after the trial, lawyers said.

Delaware’s courts are well-respected in the business world and any move to flout them would be “shocking and unexpected,” said Paul Regan, associate professor of Widener University’s Delaware Law School who has practiced in Delaware courts since the 1980s. “If there was some kind of crisis like that, I think the reputational harm would be all on Musk, not the court.”