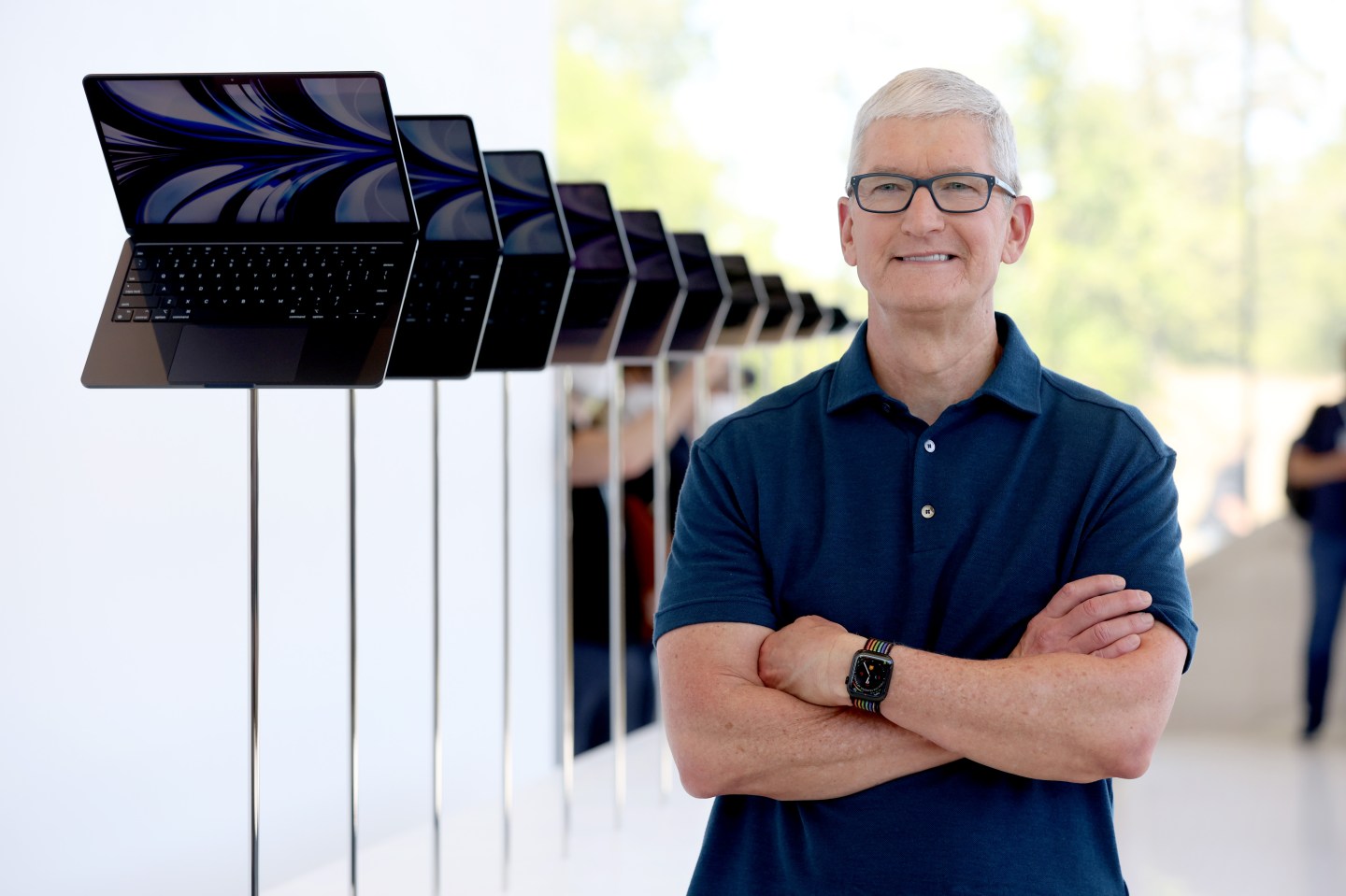 Landing a job at Apple isn’t easy—but according to CEO Tim Cook, people who possess four specific qualities are much more likely to find themselves in the running.

Speaking at the University of Naples Federico II in Italy—where he received an honorary degree in innovation and international management—Cook told students that it was important for incoming employees to care about the world around them.

“We have a group of people in the company that really want to change the world, that want to enrich people’s lives, that want to leave the world better than they found it,” he said. “It’s that kind of feeling that drives people to do their best work and I’ve seen it happen again and again, and the results are just unbelievable.”

He then delved into the specific characteristics Apple seeks out in new hires, revealing that the tech giant prizes four traits in particular.

A major skill anyone hoping to work at Apple needed was the ability to collaborate with colleagues, Cook told the audience in Naples last week.

“So we look for the ability to collaborate with people—the fundamental feeling that if I share my idea with you, that that idea will grow and get bigger and be better.”

“It’s not that somebody goes in a corner or a closet and figures out something about themselves, it’s a collaborative effort,” he said.

Creativity is another trait Apple seeks out in would-be employees, Cook added.

“We look for people that think differently, that can look at a problem and not be caught up in the dogma of how that problem has always been viewed,” he told students. “And so [we look for] somebody that will kind of walk around the problem and look at it from different angles and use their creative juices to come up with solutions.”

“It’s a cliché, but there are no dumb questions,” Cook said, as he said Apple valued curiosity and sought out people with an inquisitive nature.

“Curiosity is about being curious about something to ask lots of questions, whether you think they’re smart questions or dumb questions,” he said. “It’s amazing when somebody starts to ask questions as a kid would, how it puts pressure on the person to think through the answers really deeply. And so, we look for this innate curiosity in people.”

Cook suggested that people with these four traits had gone on to be successful at Apple, and that the company would therefore continue to hire those who could bring these attributes to the table.

“Those are the things that we look for in people, and it’s been a very good formula for us,” he said.

However, he noted that doing well at work was a two-way street, and that working in a job that left you unfulfilled was not a recipe for success.

“People have to work for a reason bigger than themselves,” he said. “So you want to have a vision for a company that is about serving the customer and somehow improving their lives. You want to do it in an ethical way.”

Without those ingredients, he argued, no amount of money would make a job worth doing.