Toyota’s CEO cautions against electric vehicles hype, views them as just one option in his ‘department store’ of powertrains 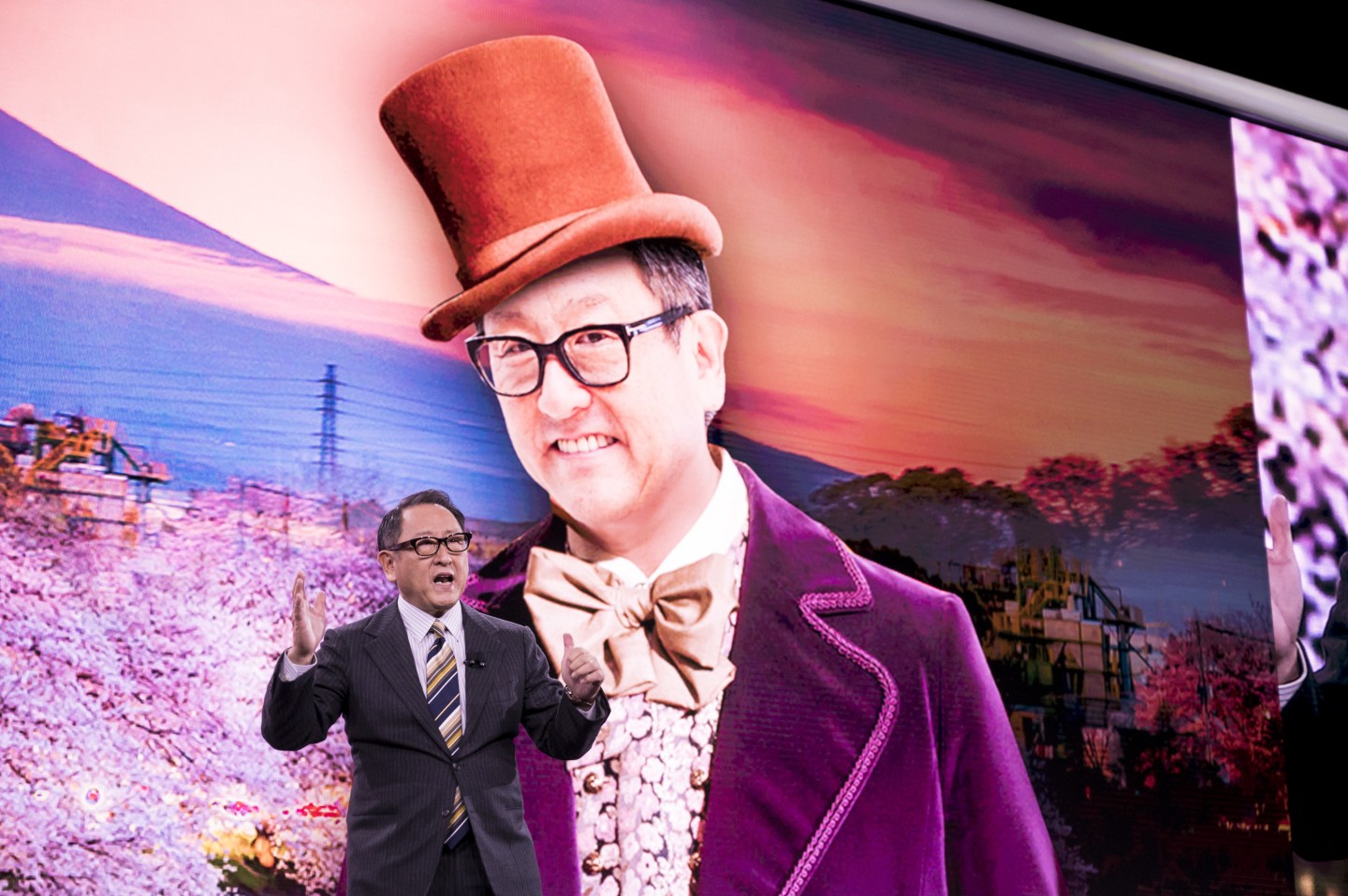 Toyota Motor Corp. plans to keep gas-powered cars as a key part of its lineup, rejecting efforts by rivals to go fully electric amid concerns over how quickly consumers will embrace new technologies.

While the world’s largest automaker will introduce more electric vehicles in the coming years, it will also offer a range of other options, including gasoline-electric hybrids, hydrogen- and traditional fossil fuel-powered models, according to Chief Executive Officer Akio Toyoda, who met with reporters Thursday.

Battery-electric vehicles “are just going to take longer than the media would like us to believe,” Toyoda, grandson of the automaker’s founder, told dealers gathered in Las Vegas. He pledged to offer the “widest possible” array of powertrains to propel cars cleanly.

“That’s our strategy and we’re sticking to it,” he said.

Toyota’s stance reflects the numerous and sometimes conflicting considerations for automakers, which are seeking to boost sales, serve diverse customer bases and meet increasingly strict environmental standards in many countries. The decision contrasts with that of competitors such as General Motors Co., which has pledged to go all electric by 2035.

Environmentalists and shareholders have criticized Toyota for dragging its feet in embracing EVs, with Greenpeace putting the brand at the bottom of its ranking of global automakers’ decarbonization efforts. Critics have accused Toyota of clinging to its 25-year history with the gasoline-electric Prius hybrid, which once earned Toyota plaudits.

“The fact is: a hybrid today is not green technology,” Katherine Garcia, director of the Sierra Club’s Clean Transportation For All campaign, wrote in a blog post last month. “The Prius hybrid runs on a pollution-emitting combustion engine found in any gas-powered car.”

Despite the apparent disparity, Toyoda said his company already has been investing in battery-powered hybrids for more than two decades. He contends that makes Toyota the “top runner” in reducing carbon emissions from vehicles worldwide.

“Our investments may appear smaller than others’, but when you look at what Toyota has been doing over the last 20 years, the total amount might not necessarily be small,” Toyoda said.

The CEO said a lack of sufficient infrastructure will hold back EV adoption rates, which is a factor in its decision not to go all in on electricity.

Toyoda expressed skepticism that automakers will be able to achieve the California mandate that will effectively ban gasoline-fueled vehicles by 2035 and require a substantial portion of sales be EVs by 2030. New York said Thursday it would institute similar regulations.

“We have to look at the current price range and infrastructure availability and at what pace they’re going to be upgrading,” he said. “Realistically speaking, it seems rather difficult to achieve.”