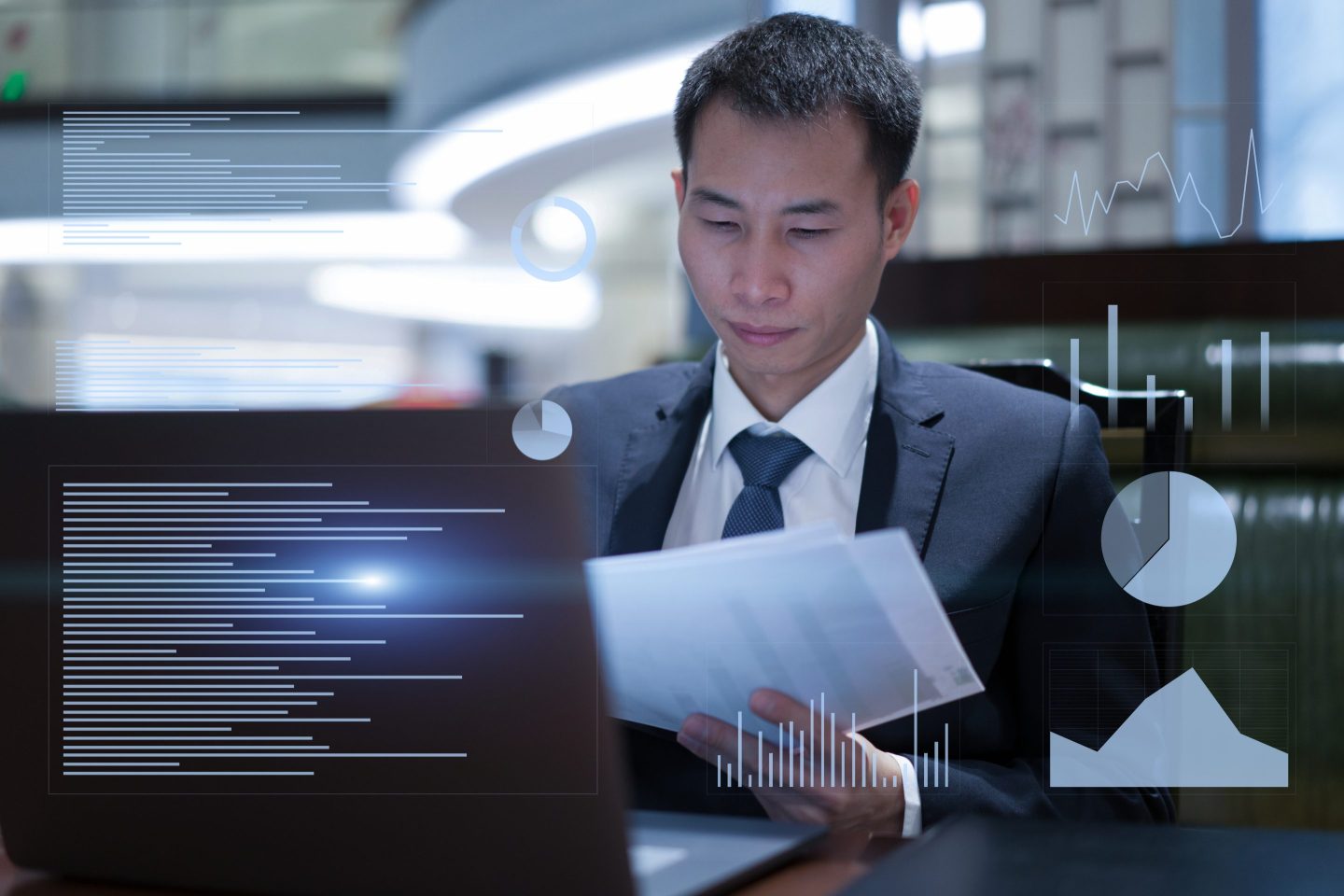 The job of CFOs has changed dramatically in recent years. As the keepers of metrics, they’ve had to adjust to both an explosion in data and data analytics, and also to a proliferation of goals measuring environmental and social as well as financial outcomes. That was the topic of a lively dinner conversation held in Chicago last night by the Fortune CFO Collaborative, in partnership with Workday and Deloitte. Most of the discussion was off-the-record. But Clem Johnson, president of the search firm Crist/Kolder, made some opening remarks to spark the conversation. Some excerpts:

On whether the battle for financial talent will continue, even if the economy slows:

“I certainly think we will be living with this demand pace that we’ve seen for at least the next five years…The increase in the sophistication, the complexity, the bandwidth of the CFO role, I don’t have to tell this group how incredibly demanding the role has become.”

On the background needed to be CFO:

“Something like 51% of sitting CFOs have MBAs while only 37% have CPAs…That’s a sea change for sure.”

Separately, two new reports out today show that Latinos are rapidly rising in their importance to the U.S. economy, but not in their influence in the board room. The U.S. Latino GDP Report—published by the Latino Donor Collaborative and Wells Fargo, calculates that the total economic output of U.S. Latinos was $2.8 trillion in 2020—slightly larger than the GDP of the U.K., and up dramatically from $1.7 trillion in 2010.

Yet Latinos remain drastically underrepresented in corporate boardrooms, according to a study by the Latino Corporate Directors Association, with only 1% of board seats in Fortune 500 companies.

More news below. And if you are wondering when the stock market will bottom, check out Lucy Brewster’s piece on why it may do so twice.

Boeing has agreed to pay a $200 million penalty to settle SEC allegations that it misled investors about the new 737 Max flight control system that caused two fatal crashes. Former CEO Dennis Muilenburg will pay $1 million. SEC Chair Gary Gensler: “In times of crisis and tragedy, it is especially important that public companies and executives provide full, fair and truthful disclosures to the markets. The Boeing Company and its former CEO…failed in this most basic obligation.” Financial Times

The administration of new British Prime Minister Liz Truss has cut the top income tax rate from 45% to 40%, and the basic rate of income tax from 20% to 19%. Chancellor Kwasi Kwarteng also cancelled both a planned increase in corporation tax and a cap on bankers’ bonuses that the pre-Brexit U.K. had to apply under EU rules. Truss and Kwarteng insist all this will stimulate growth, but some economists expect the moves to prove inflationary at pretty much the worst time. Notably, the package is not being called a budget, which means the government can avoid scrutiny from the independent Office for Budget Responsibility. BBC

Having just bailed out energy giant Uniper to stop it from going under, the German government is reportedly now in talks with many regional state-owned energy suppliers to help them cope with sky-high natural-gas prices. The local utilities could need tens of billions of euros to keep them afloat. Surviving Putin’s gas squeeze is proving to be very, very expensive. Reuters

Don’t celebrate yet: The end of the pandemic is ‘still a long way off,’ WHO chief says, by Erin Prater

YouTube is trying dethrone TikTok by paying creators for Shorts videos. Here’s why the platforms’ biggest stars are excited—and skeptical, by Alexandra Sternlicht

The corner office is disappearing. In its place? Executive workspaces, by Paolo Confino

Putin pressured from all sides as Russians protest draft while nationalists rip ‘stupidity’ of Ukraine prisoner swap, by Steve Mollman