Don’t celebrate yet: The end of the pandemic is ‘still a long way off,’ WHO chief says 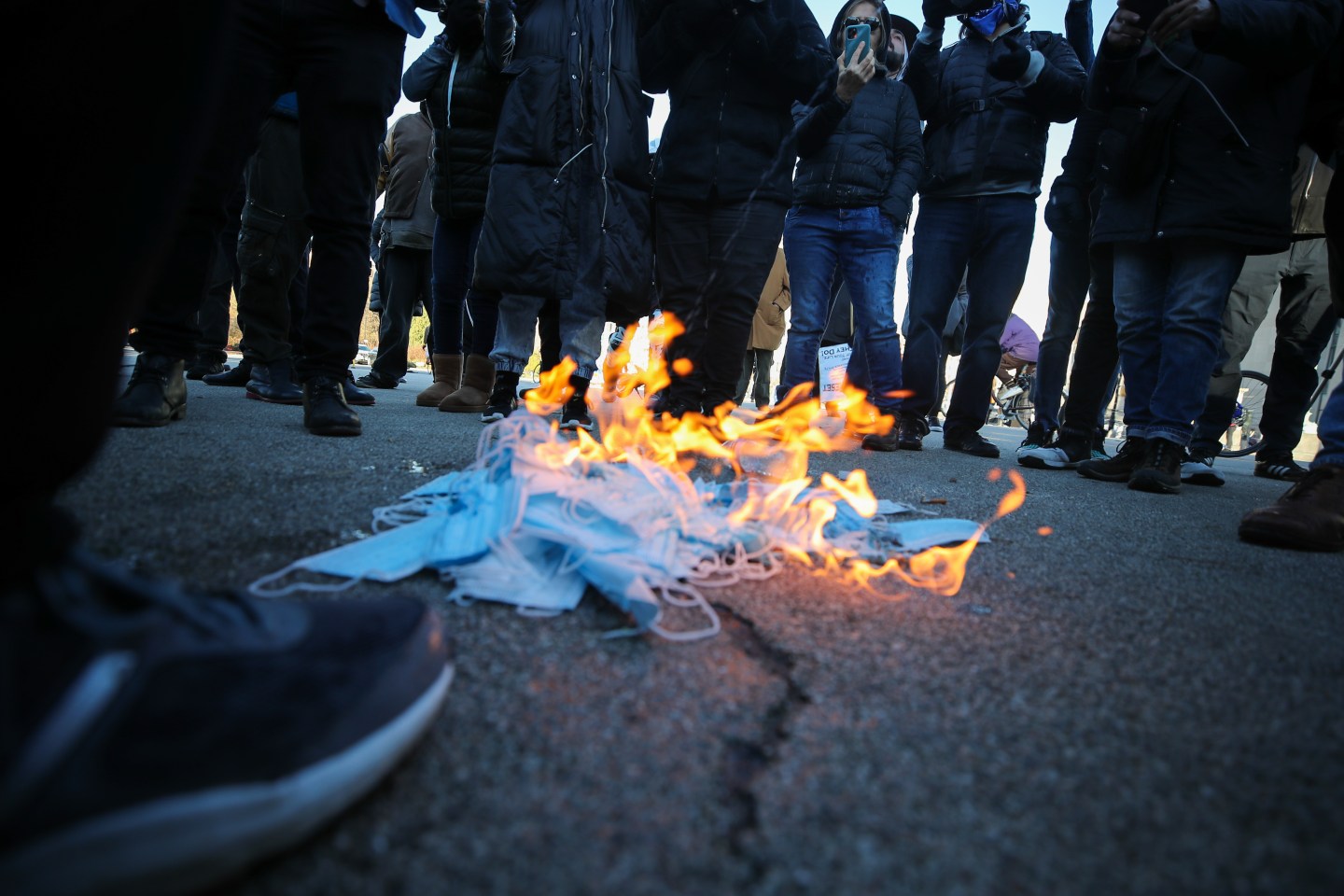 The end of the pandemic is “still a long way off,” the head of the World Health Organization said Thursday, in an attempt to clarify optimistic comments he and other world leaders recently made.

“I have said the pandemic is not over, but the end is in sight,” Dr. Tedros Adhanom Ghebreyesus, director-general of the WHO, said at a Thursday virtual news conference, where he appeared from the U.N. General Assembly in New York.

Some world leaders who’ve recently remarked about the state of the pandemic have sounded too positive, experts say. The reality is that new COVID variants are continuously evolving—some with the potential to better evade immunity and perhaps even render the monoclonal antibody therapy ineffective.

What’s more, the Institute for Health Metrics and Evaluation at the University of Washington and other experts, including Dr. Anthony Fauci, the nation’s top infectious disease expert, predict a fall COVID wave in the U.S. beginning in late October, and peaking in late December or January. It could kill another 20,500 Americans, according to the IHME.

A week of befuddlement

The string of confusing comments began at a news conference on Sept. 14, when Ghebreyesus said the world has “never been in a better position to end the pandemic.”

On Sunday President Joe Biden told CBS’s Scott Pelley that “the pandemic is over,” though the country still has a “problem with COVID.”

Then on Monday, Dr. Anthony Fauci, the nation’s top infectious disease expert, in a Center for Strategic & International Studies talk, said the country is “not where we need to be if we’re going to be able to ‘live with the virus.’”

The U.S. is, however, headed in the right direction when it comes to keeping the virus at levels low enough that it doesn’t disrupt social order, he said.

But new variants have the potential to reverse that progress, he added.

The combination of comments has left some confused as to where the country, and the world, stands, leading to Ghebreyesus’s Thursday clarification: Though “the end is in sight,” it’s barely visible.

“We have spent two and a half years in a long, dark tunnel, and we’re just now beginning to glimpse the light at the end of that tunnel,” Ghebreyesus said.

But Ghebreyesus contends the world is in a position to succeed against COVID, if countries continue to make vaccines and treatments available, and if people continue to get vaccinated and take other appropriate actions like masking and social distancing.

Global deaths are just 10% of what they were in January 2021, and two-thirds of the world’s population is vaccinated, Ghebreyesus said, calling those notable benchmarks.

But because the virus thrives and easily mutates in unvaccinated populations, “no one is safe until everyone is safe,” he said, urging the importance of low-income countries obtaining access to the latest and best vaccines and treatments like Paxlovid, as high-income countries have.

Whether or not the pandemic is over depends on whom you talk to.

According to a recent Axios-Ipsos poll, 33% of Americans think COVID is over and done with, while 65% disagree.

The conundrum exists because there’s no clear-cut, agreed upon criteria for declaring the pandemic’s end, Dr. Michael Osterholm, director of the University of Minnesota’s Center for Infectious Disease Research and Policy, recently told Fortune.

Officials who make such proclamations should explain their thinking, he added.

“We need to live our lives and move forward. But when you have a disease that is the number four cause of death in the country and is still evolving, is it okay just to say things are done and over?”