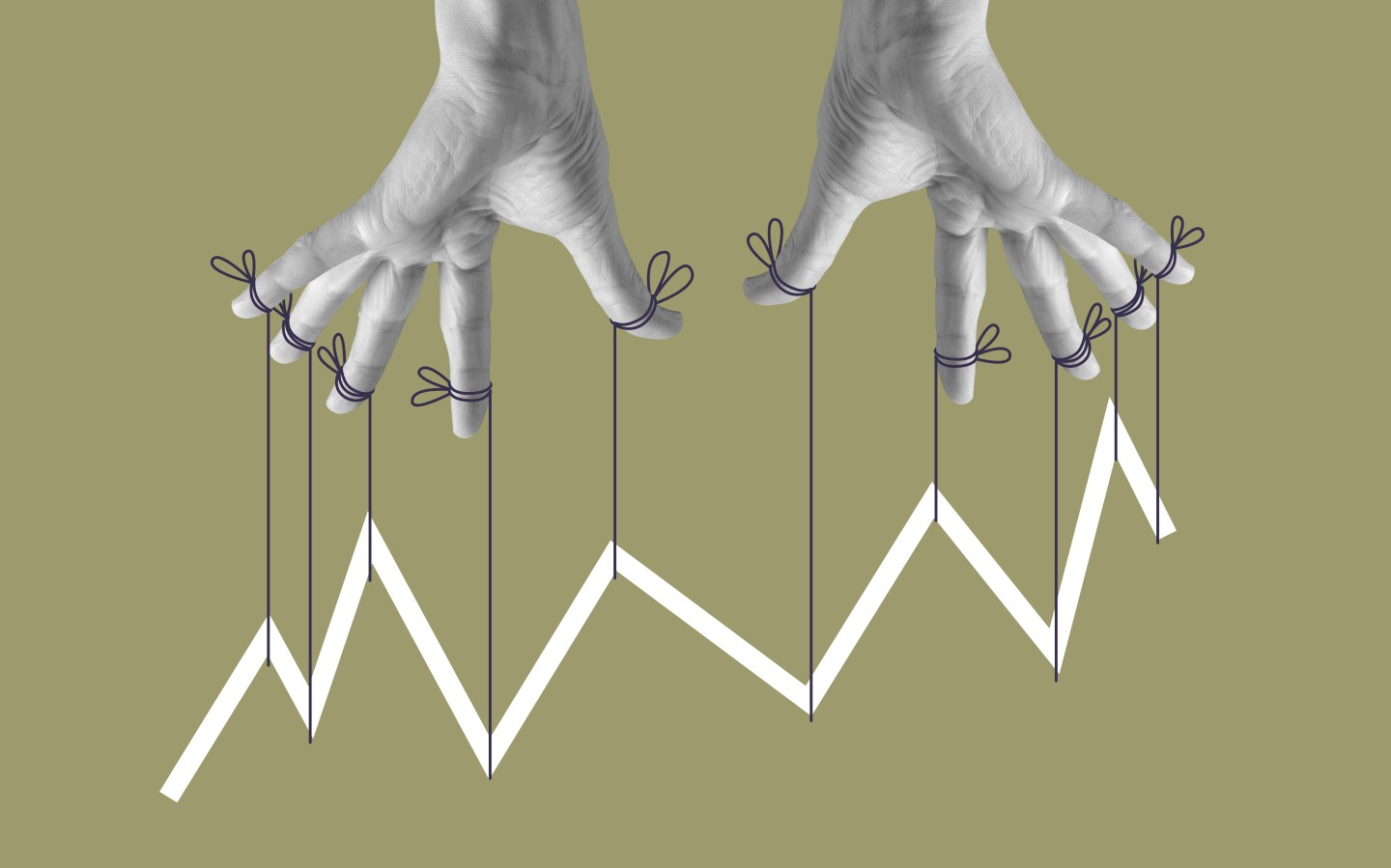 Technical analysts say we may be seeing a "double bottom" pattern.
Boris Zhitkov via Getty Images

The age-old question of when the stock market will hit bottom amid rampant volatility might have a new answer: more than once. A classic market “double bottom” describes a pattern in which an index drops, then recovers, and then drops again to the same previous level. “We’re setting ourselves up here for a retest of the June low simply because no there are no willing buyers in the market right now,” explained Mark Hackett, Nationwide’s chief of investment research.

Analysts and investors have been looking back towards June as the established bottom for the bear market’s decline, but September lows show that the market recovered prematurely mid-summer, and that the current decline may reach or exceed lows seen in June. Technical analysts believe that the market functions in recognizable and even predictable chart patterns. The S&P 500 closed below 3,900 last Friday, signaling that the index may sink down to the 3,640 range seen in June. While it may feel like this year’s market volatility has been unending, analysts think this bottoming out could position us for a recovery in upcoming months. “We’ll never truly know whether the equity market lows are in for the year without successfully testing the June lows,” wrote John Lynch, CIO of Comerica wealth management.

Hackett explained that double bottoms have a strong psychological impact on investors—and they don’t necessarily need to be mathematically exact to function as the conditions in which a market recovery can happen. “There’s a self-fulfilling prophecy to a [double bottom],” said Hackett. “You’re not going to see a ton of investor enthusiasm until you’ve retested that June low,” Hackett explained. Since investors have been expecting more volatility in September, a new low could signal that the market is positioned for an upswing. A double bottom is a sign that the market has absorbed the pain of the economic factors driving the decline, and the inflection point is positioned for an upward trajectory. Lynch explained that once a double bottom is established in the 3,640 Index range, this low “could potentially provide investors a firm base from which to navigate a more positive market trend going forward.”

While the summer saw an encouraging rally for stocks, analysts say this was an exception to the general trajectory of the market, not a new trend. A host of macroeconomic conditions including rising interest rates and the Fed’s policy response, geopolitical conditions including Russia’s ongoing invasion of Ukraine, and ongoing destabilization due to the Covid-19 pandemic have all been internalized in the market. “The inflation reading for August provided the financial market with another reason to conclude that the mid-summer rally was indeed countertrend, as the core measured for consumer and wholesale prices were worse than anticipated,” said Lynch.

Despite the fact that inflation and Fed policy has taken the brunt of the blame for the market’s September lows, analysts say this is in fact part of a seasonal pattern that we see annually in the market, which in and of itself is a sign that the market is still functionally with some degree of normalcy. A September decline amid earnings season means that stocks will likely follow a positive seasonal pattern heading into winter. “The good news is we’re exiting that period of weakness and the fourth quarter usually is the strongest quarter of the year,” Hackett said.

Another factor that may bring the markets some stability is the upcoming U.S. elections in November. Midterm elections provide information to companies about what corporate policy is likely to be, and therefore the sense of security is reflected in the market. Historically speaking, midterm election years that have seen market volatility have also seen rallies of an average 32% in the next twelve months from their market lows.

When will the market bottom out? “I think as we get through this next two to three weeks where there’s a lot going against the market and get through this near term volatility, in the next six months it won’t be very hard to beat expectations,” Hackett explained. Lynch advises investors to take a long-term view. “The markets may be volatile, but they often prove resilient for patient investors,” wrote Lynch.