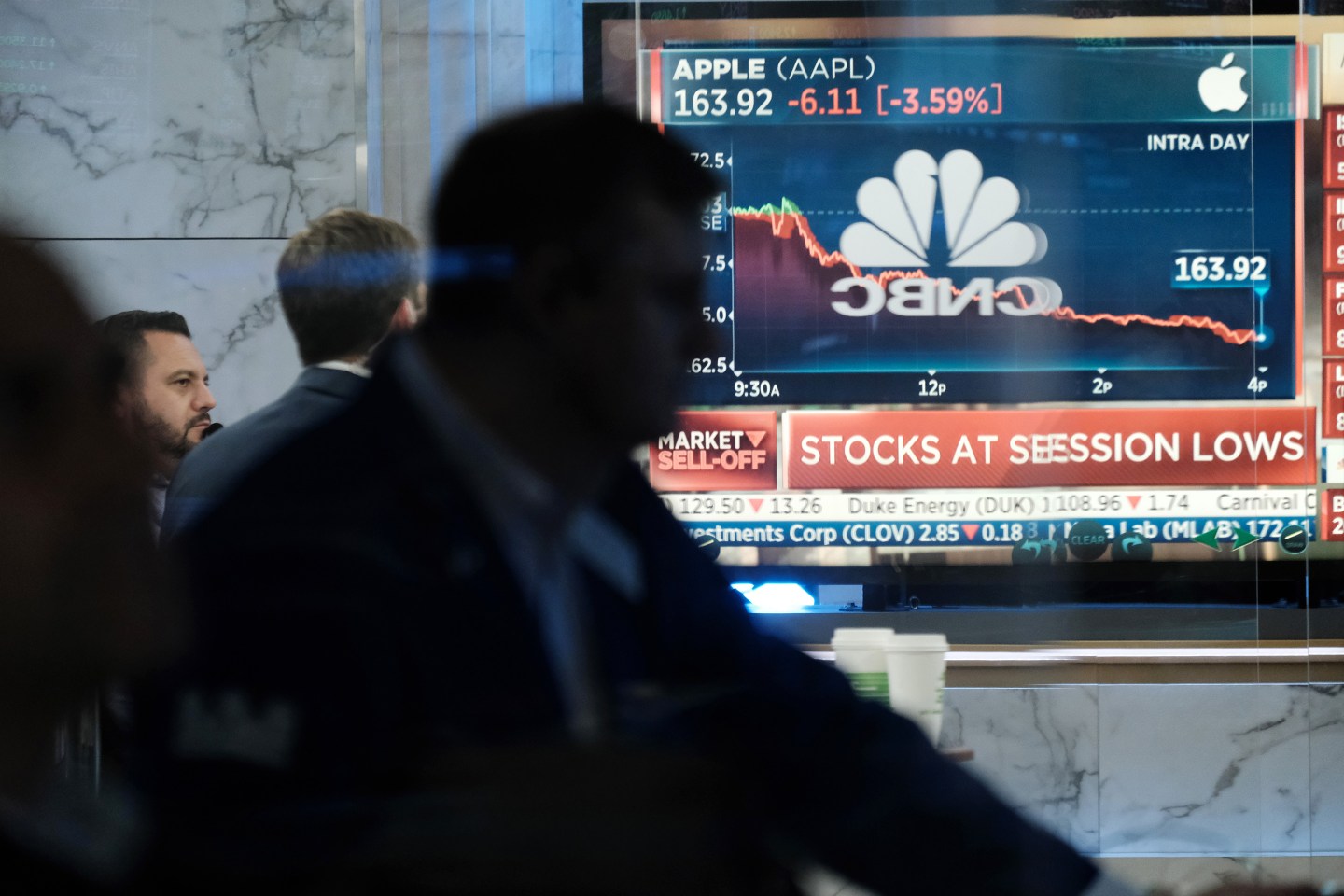 Another annual fall tradition that will be in full swing this September is less festive: a market downturn.
Spencer Platt—Getty Images

While the changing of the seasons may bring cooler temperatures and the changing color of leaves, another annual fall tradition that will be in full swing this September is less festive: a market downturn. “It’s widely known among investors that stocks tend not to do very well in September,” explained LPL Chief Equity Strategist Jeffrey Buchbinder. Yet this year could be a particularly thorny given the volatile market conditions that have so far defined this year’s market. “The combination of peak hawkishness from the Fed and the frustratingly slow pace at which inflation is cooling could make this a tough month,” he said.

Historically, September has tended to not be a prosperous month for the market. The start of the school year has also coincided with market lows in the last half century. Since 1950, the S&P 500 has consistently averaged a 0.54% decrease in September, according to data from LPL Financial. In the past decade, September has been the only month when the S&P averages a loss. Buchbinder explained that the historic pattern is likely a combination of fizzling investor expectations from summertime lows and a string of events that have been detrimental for the market that have been in September, most notably the infamous bankruptcy of Lehman Brothers in 2008. Buchbinder also noted that since September is right before the announcement of third quarter earnings, the market may be responding to analyst expectations that earnings growth will slow.

Buchbinder explained that he thinks in terms of sectors, the pain will likely afflict cylicals as they “lead the way down.” “If markets are worried about interest rates, inflation and the Fed, then you could see some more weakness in tech,” he said. “We think oil and energy are due for a bounce here,” he added. He noted that he expects growth stocks to lead the way up when the market starts eventually improving.

Yet while Buchbinder projects a poor market performance in September, he says that we should see market headwinds begin to change in October, when investors will be heading into the wintertime months that have historically brought a bull market. Why? Most obviously, the only direction from a low is up, and investors will start taking advantage of discounted stocks and we may see investor enthusiasm increase.

Yet the midterm elections will also likely bring market stability, as they have in the past. Buchbinder explained that midterms have always reflected positively in the market, not necessarily because of a specific political party’s win but because they provide more clarity about what’s on tap when it comes to corporate regulation. “Heading into the election, you don’t know what the policy landscape is going to look like,” he explained. “CEOs and other corporate executives don’t know what the rules are going to be, so once you get through the election and know the makeup of Congress, they can plan,” he said. Yet he noted that this year this effect may not be quite as exaggerated because many expect Congress to end up in a gridlock. “If the market is confident we will get gridlock, then there’s not as much uncertainty. Pretty much nothing will get done and the market should be fine with that because it’s predictable,” he said.

Another factor that could signal a bull market winter? How the Federal Reserve’s policy on inflation slows down the price increases that have been afflicting consumers for much of this year. “One of the biggest reasons [we project the market will turn around in the winter] is because we’re confident that inflation will come down,” Buchbinder explained. “It might take another year or two to get to a comfortable place. But for those who think that inflation is going to go down to 4% and then stay there for a long period of time, we think that’s an overly pessimistic outlook,” he added. So while you should prepare for a slip in prices in September, there are reasons to be optimistic longer term.