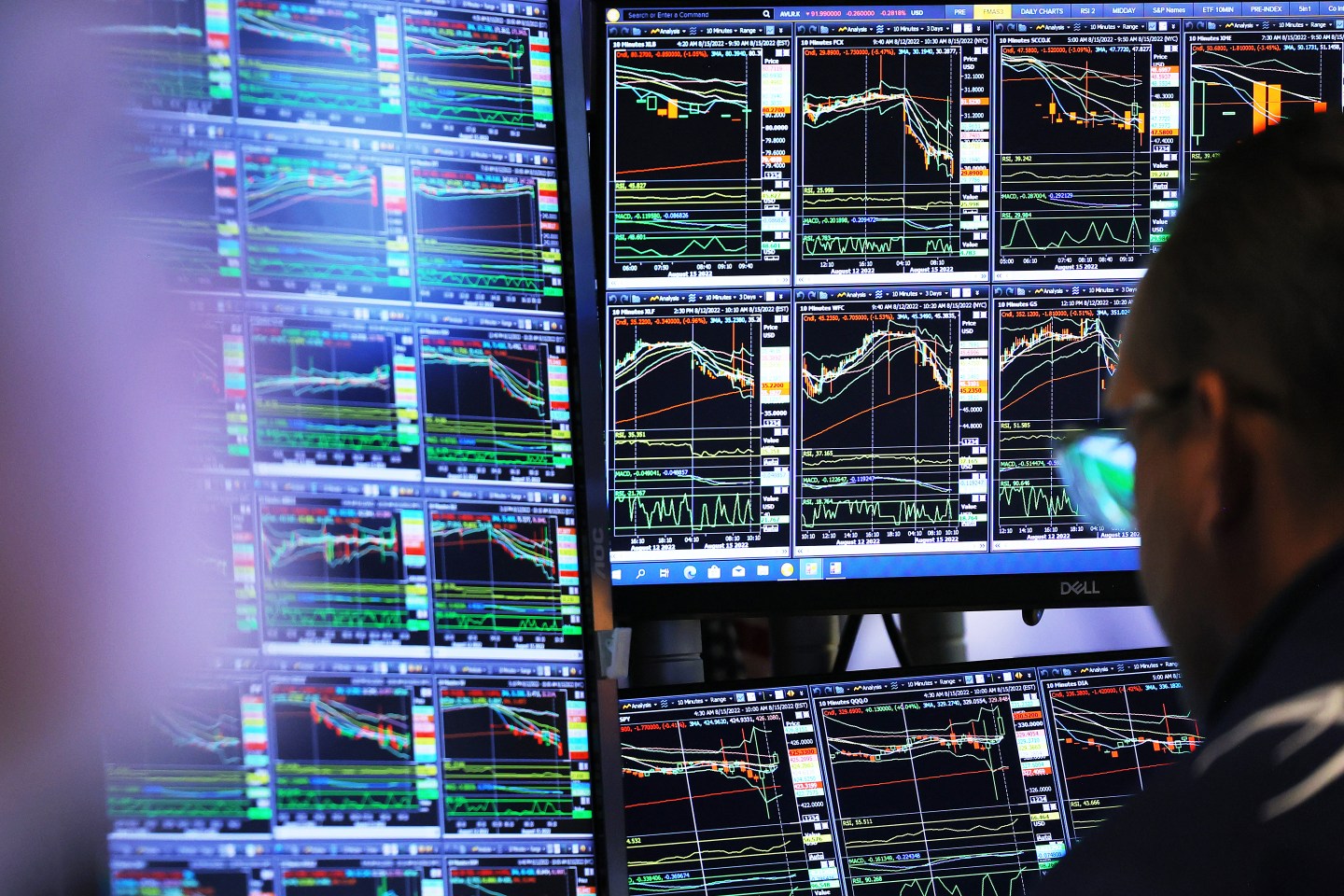 The market is in an ’emotion-driven zigzag pattern’—but if you buy stocks now you’ll probably be happy in a year, says Nationwide's chief investment strategist.
Michael M. Santiago—Getty Images

If you were hoping that the market’s recovery the past two months was a bellwether for smooth sailing ahead—don’t bet on it yet. Recent market momentum since the market low in June has come to an abrupt halt, reminding investors that core economic metrics have not yet improved substantially. Last week, the S&P 500 Index retreated after its month-long streak of growth. According to Mark Hackett,  Nationwide’s chief of investment research, the momentum was never earned to begin with because it was driven by investor sentiment as opposed to fundamental economic signals. “In almost all years, but certainly this year, emotional decision making has really controlled these runs in the market,” he said.

According to Hackett, the dramatic swings in the market we’ve seen this year have reflected the lack of reliable information about broader volatile economic conditions. “There’s just not enough information right now to make any definitive conclusions, and when that’s the case, emotional swings are what you get,” he explained. This year’s market conditions have been shaped by investor attitudes, which according to Hackett, are often exaggerated in both high and low scenarios. “We were never fully believing the level of pain that was experienced in June. We also, frankly, aren’t fully believing the level of recoveries we’ve seen since June. We think we’re in the higher part of what is going to be an emotion-driven zigzag pattern,” he explained.

The sentiment-based investing climate is best evidenced by the dramatic rise and fall of certain “meme stocks.” Bed Bath & Beyond and AMC were both the latest recipients of ironic investor enthusiasm. Their shares skyrocketed in value this year when investors created momentum for the stocks on internet forums. Yet despite the temporary surge, these companies are the butts of the joke; Bed Bath and Beyond fell 41% Friday a few days after its share price had doubled, and AMC tanked 42% Monday. “The retail investors still have a ‘buy the dip’ mentality, it’s still a bit of a gamification way of thinking about the market,” Hackett explained.

Yet investors should not be too worried about buyer’s remorse. Despite the fact that we’re not out of the woods quite yet, Hackett has a positive prediction: buy stocks now, and in all likelihood you won’t regret them a year from now. Why? At some point, the only way to go is up. “We’ve probably seen the worst at least from a mathematical sense in terms of economic growth,” Hackett said. He explained that with retail investors still spending, a strong job market, and the fact that companies are aggressively buying back stock, the conditions for economic recovery exist. “So just simply in a supply demand matrix, there’s more support for the markets than there is headwind,” he said.

There is also the disparity between how retail investors and institutional investors are responding to current market conditions. A survey from Bank of America found that private clients have an allocation to equities of 64%, down from the 66% earlier in the year. “Institutions are still very much negatively positioned,” Hackett explained. “There’s a lot of money on the sidelines there.”

Federal Reserve Chair Powell’s speech at Jackson Hole will likely provide some impetus for the market’s next movement. Hackett said he’ll be paying attention to the tone of Powell’s speech as opposed to any one word. “I think that Friday will probably be the reminder that this is a very unusual period with a pretty difficult task in front of the Fed and they’re going to err on the side of inflation control over growth,” he said.