The stock market has tanked since Jerome Powell’s Jackson Hole speech. That’s how the Fed wants it 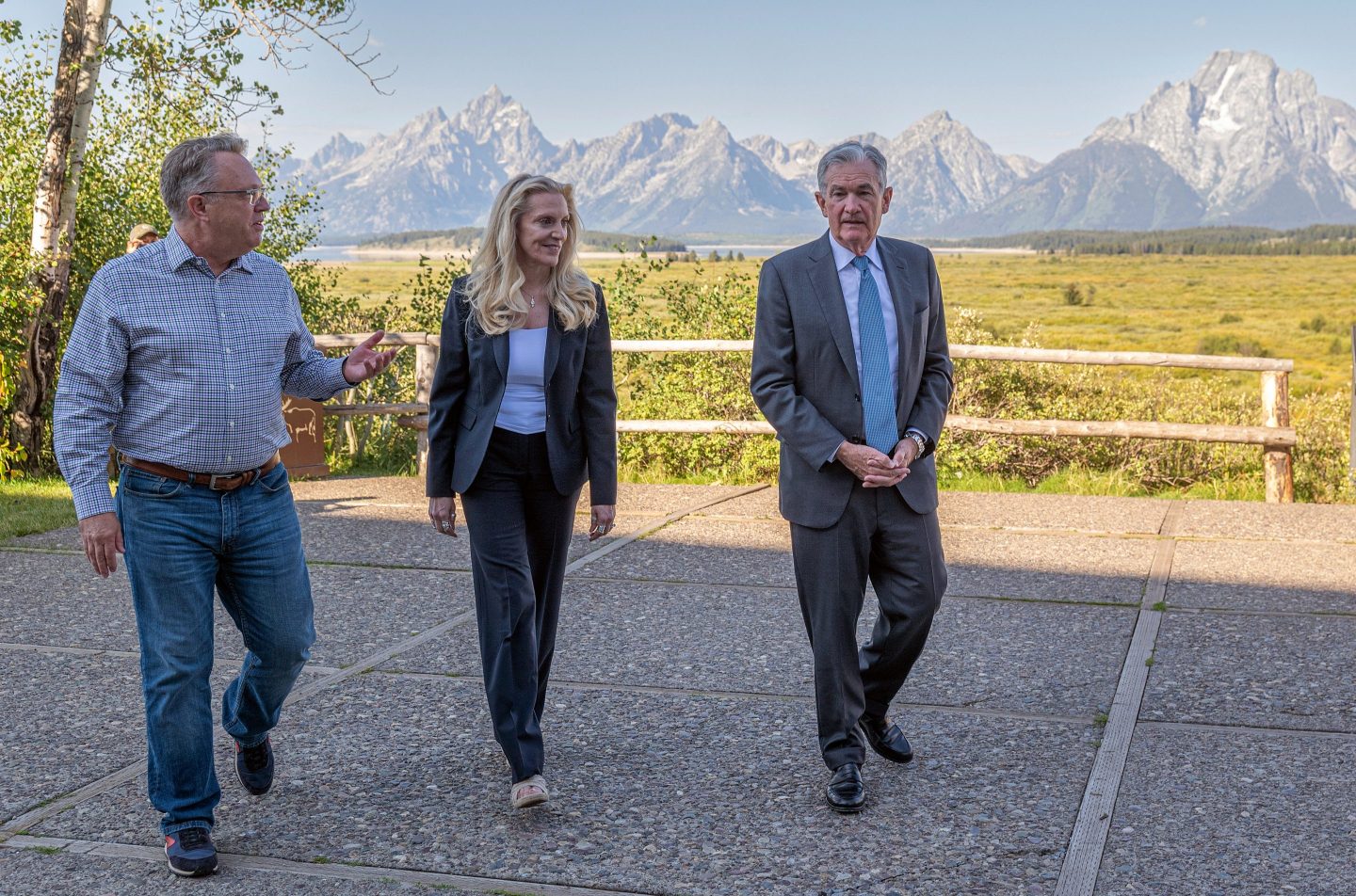 Powell made it clear that fighting inflation is the Fed’s top priority and that even if some “pain” is required, the central bank would continue raising interest rates and shrinking its balance sheet “for some time.”

The S&P 500 has dropped in all three trading days since the speech and is now down over 5% from Thursday’s closing price. The tech-heavy Nasdaq, which is more sensitive to Fed policy, has dropped nearly 7% over the same period.

Paul Christopher, head of global market strategy at Wells Fargo, wrote in a Tuesday research note that during this summer’s equity market rally investors had expected the Fed to “pivot” to interest rate cuts due to rising recession fears. But Powell’s speech changed that view quickly, causing stocks to fall this week.

“The message from the global central bank economic symposium last week at Jackson Hole, Wyoming, was that stubborn inflation will require continued aggressive policy in most countries. The Fed’s message for the U.S. was especially clear on this point,” he wrote.

Throughout 2022, the Fed has been raising interest rates in an attempt to cool the economy and reduce consumer prices, all without instigating a recession. But so far, its efforts haven’t made much of a dent, with inflation remaining near a 40-year high last month.

This means that the recent drop in the stock market is welcome news for Fed officials who need asset prices to fall if they want to get inflation under control.

Falling stock prices are a sign that the market has received the right message: the Fed is focused on inflation above all else, and a restrictive policy stance should be expected for at least the remainder of the year.

As a result, Fed officials have been celebrating the market’s negative reaction to Powell’s comments.

“I was actually happy to see how Chair Powell’s Jackson Hole speech was received,” Neel Kashkari, the president of the Federal Reserve Bank of Minneapolis, told Bloomberg’s Tracy Alloway and Joe Weisenthal on the Odd Lots podcast this week. “People now understand the seriousness of our commitment to getting inflation back down to 2%.”

Kashkari pointed out that after the Fed’s June meeting, market participants got the wrong idea about the staying power of the Fed’s inflation-fighting measures, which led to a roughly 17% rally in stocks from June to mid-August.

“I certainly was not excited to see the stock market rallying after our last Federal Open Market Committee meeting,” he said. “Because I know how committed we all are to getting inflation down. And I somehow think the markets were misunderstanding that.”

Kashkari isn’t the first Fed official to emphasize that asset prices, including stock prices, must fall in order to reduce inflation.

In April, Bill Dudley, the former New York Federal Reserve president, wrote an article titled “If Stocks Don’t Fall, the Fed Needs to Force Them” in which he elaborated how part of the Fed’s goal when raising interest rates should be to reduce stock prices because they influence how Americans feel about their wealth and, therefore, how they spend.

“One way or another, to get inflation under control, the Fed will need to push bond yields higher and stock prices lower,” Dudley explained.

Jeffrey Roach, LPL Financial’s chief economist, told Fortune that Powell’s speech and the comments from current and former Fed officials are evidence of the central bank’s commitment to “keep the punch bowl away from the table.”

Roach’s “punch bowl” metaphor traces back to former Fed Chair William McChesney Martin, who said in a 1955 speech to the Investment Bankers Association that when the Fed cuts rates it’s in the position of “the chaperone who has ordered the punch bowl removed just when the party was really warming up.”

Roach argues that the Fed’s attempts to spur economic growth over the past decade through interest rate cuts and quantitative easing (QE)—a policy where the central bank buys mortgage-backed securities and government bonds in order to increase lending and investment—started a party in risky assets.

This year, the Fed’s interest rate hikes have ended that party, but investors thought the punchbowl (low-interest rates and QE) might return amid recession fears. The Jackson Hole speech made it clear that this is unlikely to happen anytime soon.

While removing the punch bowl might not be great for investors, it may be necessary to reduce inflation as the labor market remains hot. Roach noted that, in July, the number of job openings per unemployed person jumped back up to near its March peak.

“There are still roughly two job openings for every one person available to work. So for now, the Fed has more reasons to keep talking tough on its inflation-fighting mandate,” he said.

Deutsche Bank’s Jim Reid also wrote in a Tuesday research note that the Fed is attempting to avoid “repeating the mistakes of the 1970s” by continuing with aggressive rate hikes until inflation is well under control.

“The market is grappling with a variety of different headlines from the direction of inflation to Federal Reserve policy uncertainty and how corporate earnings will fare throughout the remainder of the year and all of these factors are drivers of volatility,” he said.

Jason Draho, the head of asset allocation at UBS Global Wealth Management, struck a similar tone in a Tuesday research note, saying investors should be preparing for a “market regime of high volatility.”