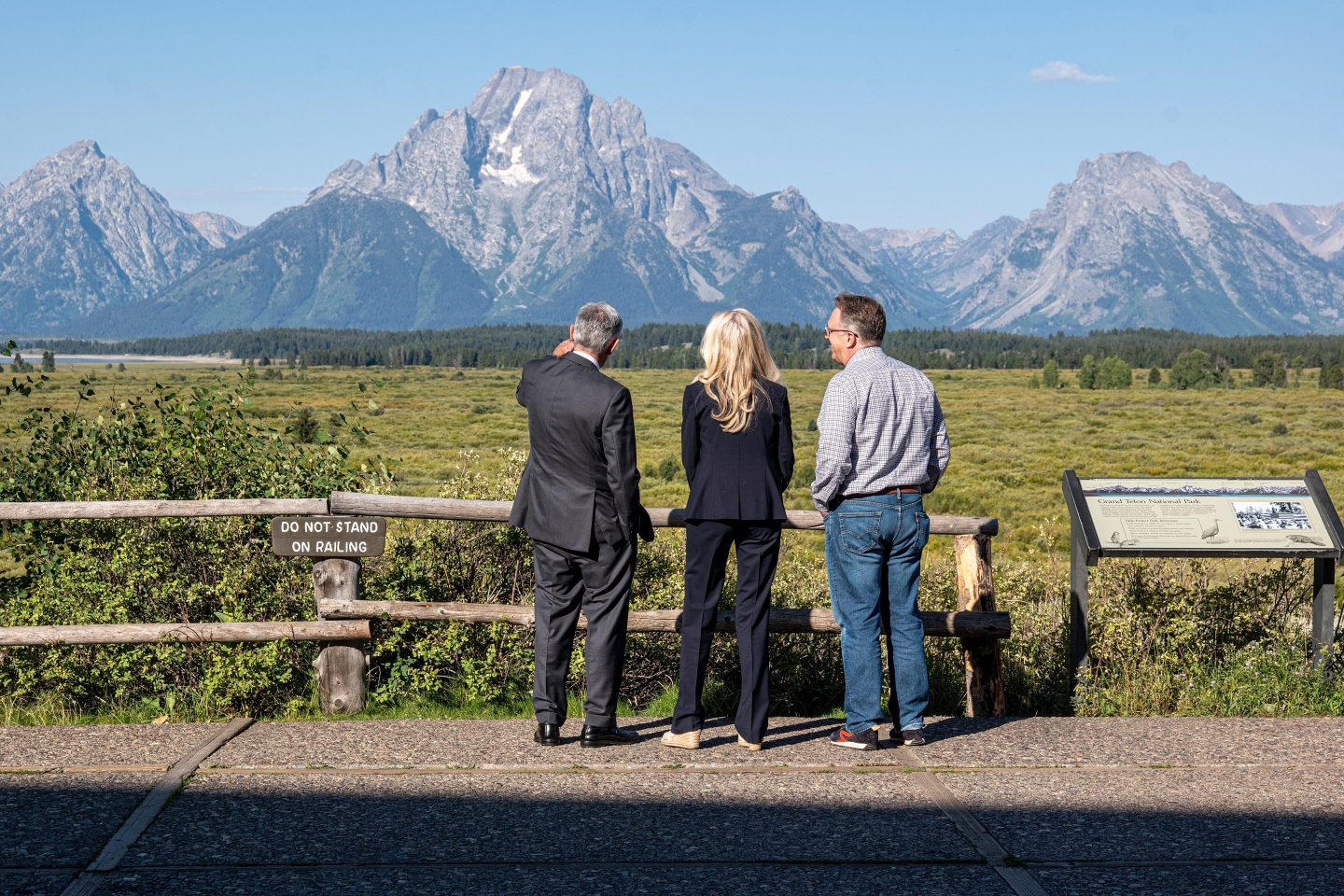 Jerome Powell, chairman of the US Federal Reserve, from left, Lael Brainard, vice chair of the board of governors for the Federal Reserve System, and John Williams, president and chief executive officer of the Federal Reserve Bank of New York, during a break at the Jackson Hole economic symposium in Moran, Wyoming, U.S., on Aug. 26.
David Paul Morris—Bloomberg/Getty Images

Central bankers heard a pessimistic assessment of the benefits of quantitative easing and their ability to smoothly trim the Fed’s balance sheet in the second academic paper presented Saturday during their annual conference in Jackson Hole.

Later in the day they’ll get an update from the heads of the French, Swiss and South Korean central banks as well as European Central Bank Executive Board member Isabel Schnabel.

“Shrinkage of the central bank balance sheet is not likely to be an entirely benign process,” New York University professor Viral Acharya and his co-authors wrote. “Our work suggests careful reconsideration of the merits of quantitative easing.”

Quantitative easing, or QE, refers to the massive bond-buying campaigns launched by the Fed during the 2008 financial crisis and unleashed again as the pandemic spread in 2020.

The paper, whose co-authors include Raghuram Rajan of the University of Chicago, was a word of warning for US policy makers, who have begun shrinking the balance sheet even as they raise interest rates.

Economists, Fed officials and central bankers from around the world are in Jackson Hole, Wyoming, this week for an annual conference hosted by the Kansas City Fed. They meet as policy makers confront rampant price pressures, which in the U.S. have reached the highest levels in four decades.

This year’s conference is being held in person for the first time since 2019.